Who Are The Most Dangerous State-Sponsored Hackers?

Who Are The Most Dangerous State-Sponsored Hackers? 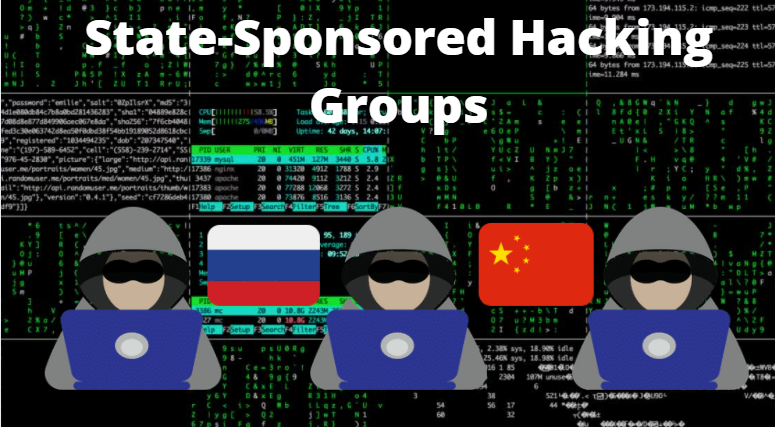 If you’ve kept up with the news for the past few years (even if only in passing), then you may have noticed that hacking has been a big issue. Major hacking attempts have only increased since the advent of COVID-19. As many legitimate workers lost their jobs, businesses, and careers to global shutdowns, they found other “alternative” methods of making a living.

Although hacking isn’t always financially driven, a lot of times it is. Hackers know that they have a rare and valuable skill that the rich and powerful need to get leverage over their enemies. The ability to read private messages sent by a political opponent or to engineer a corporate crisis through targeted hacks can be a powerful advantage over a rival.

In today’s post, we’re going to be talking about some of the world’s most dangerous state-sponsored hacking groups! We’ll show you some of their most famous exploits, explain how they recruit hackers, how they run their organizations, and how to stay safe from them by remaining anonymous online with a VPN and practicing cybersecurity hygiene.

What Are State-Sponsored Hacking Groups?

For the most part, hackers act for themselves. They rarely take sides, preferring to go where the money is. Many hackers have certain lines they don’t cross (i.e., putting lives in danger), but some have a very low threshold for empathy and will gladly compromise a nuclear system or hack into an oil rig with the intent of blowing it up.

Then you have state-sponsored hacking organizations. Although these groups often start off as non-biased or working for themselves, they may be exclusively hired by a political group or organization.

The real question you should be asking is why do these hacking organizations align themselves with certain countries?

Although some organizations may claim to be “loyal” to their home country, it ultimately comes down to one thing – protection. You see, by aligning themselves with a certain state, the organizations can remain safe from international laws and garner protection against their enemies.

Once the hacking organization makes some truly large exploits, they’re obviously going to garner some enemies. A group can only make so many enemies before they put a target on their back and things start to hit the fan. By aligning with a specific country, these organizations can stay safe from international enemies and local enemies alike.

Of course, the state may not always admit that they use these organizations. Most of the time, they’ll outright deny their existence or claim to be trying to “locate the group.” The hackers are usually paid under the table and there’s almost always a fall guy to take to the blame if anything ever does get traced back to the politicians who hire the hackers.

It’s almost always off of the books.

The Most Dangerous State-Sponsored Hacking Organizations

So, what are the most dangerous state-sponsored hackers and hacking groups? Well as of 2020, the majority of state-sponsored hacks were traced back to Russia. Since Russia’s legal economy isn’t the best, people tend to find alternative methods of earning a living, and hacking is a big source of income for the black market there.

Although not as common due to a lack of technology, the Middle East also has a fair amount of state-sponsored hacking organizations that work for terrorist groups like the Taliban. Atlhough

they may be archaic in most ways, they’ve realized that hacking is a new-age weapon that can give them a considerable advantage over enemy forces.

So, with that in mind, these are some of the most dangerous state-sponsored hackers!

Fancy Bear (designated APT28 by CrowdStrike cybersecurity group) is one of the most prominent hacking organizations in the world. Although the Russian government has denied affiliation, UN cybersecurity official have stated that they have a medium level of confidence that they’re a Russian state-affiliated group.

The US government has indicted Fancy Bear as being a division of the GRU (Russian intelligence services), operating unofficially as Unit 26165.

So, what makes Fancy Bear so dangerous?

Well, for one, they’ve gone out of their way to target notable journalists who’ve criticized Russian President Vladimir Putin. This is one of the biggest pieces of proof that world leaders have that the group is associated with the Russian government.

Another notable attack was when Fancy Bear attacked the German Parliament for six months straight in 2014. During this period, they repeatedly attacked the government organization in an attempt to obtain confidential data. Over the course of their attack, they stole over 16 Gigabytes of sensitive data and information.

Among other attacks, they even managed to hijack a French news broadcasting channel. By bypassing security measures, they acted as an ISIS-sponsored hacking group, calling themselves the “cyber caliphate.” They aired footage of French military action against ISIS and claimed that the recent French terrorism attacks were “gifts” from them.

Helix Kitten (designated APT34) is the most notable state-sponsored hacking organization working out of Iran. Unlike Fancy Bear, Helix Kitten doesn’t operate with the same political motives. Instead, they’ve historically targeted competitors to Iranian-based businesses and resources (such as Saudi oil companies, for example).

Additionally, they’ve also targeted numerous infrastructure and telecom groups. While some of the motives have been government-sponsored attacks on other countries, the group has also held control over infrastructure groups for ransom.

In 2019, Helix Kitten was hacked and the source codes for all of their tools along with names of key members was hacked in a Telegram group. While some believed that this would be an end to Helix Kitten, they have continued to execute targeted, strategic attacks throughout 2020, showing that they’re obviously still a threat.

Double Dragon (APT41) is easily one of the largest and most dangerous state-sponsored hacking agencies in the world. Based out of China, they have repeatedly performed operations targeting US government agencies in an attempt to exploit sensitive data. Additionally, they have also targeted major telecom companies and private travel organizations in an attempt to hack into surveillance data and private messaging data.

However, Double Dragon doesn’t just work for the Chinese government. Given their extreme skill and reputation, the group is also deep into cybercrime. They’ve hacked into banking groups and have executed ransomware attacks on numerous companies in an attempt to exploit money.

Although the US government captured and charged five top-ranking Double Dragon hackers, the group itself is still strong and protected, as it operated primarily out of China. 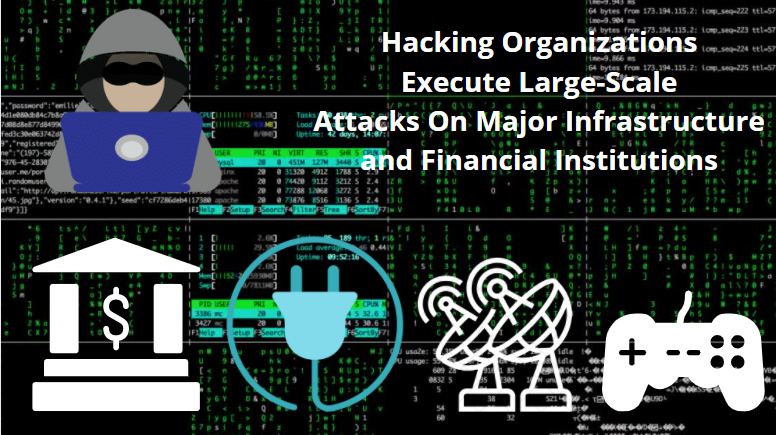 The Lazarus Group (APT38) is strongly associated with North Korea, and is thought to unofficially act as Liason Group 414 within the North Korean government. Although the group is state-sponsored, it’s not as politically driven as it is monetarily driven.

Given that North Korea is cut off from trade from much of the known world, its economy is often driven by the black market. One of the most recent discoveries is that many high-ranking government officials are responsible for funding and pushing crystal meth throughout the country (and out of it as well).

Another key area of income for the North Korean government is hacking. If you look at the hacking activities of the Lazarus Group, almost all of them are financially motivated. One of their biggest heists was stealing $60 million USD from a major Taiwan bank.

They also played a part in hacking into Sony and stealing personal data from tens of thousands of Playstation Plus members. They’ve even managed to hack the blockchain and steal money from South Korean crypto wallets!

How Do These Organizations Recruit Hackers?

Often, these hacking organizations target intelligent freelance hackers with a criminal past. They offer them an ultimatum; “Spend your life in prison, or work for us and live like a king.” It’s not a hard choice for most.

Other times, these organizations recruit hackers online from the dark web, enlisting freelance hackers to perform smaller attacks using complex tools that the organization has developed.

How Do These Organizations Take Payment?

Hackers are almost always paid under the table using untraceable cryptocurrency and offshore accounts linked to shell companies. This is part of what makes it so hard to track the perpetrators down. What little we know about these major hacking organizations is due to defectors and lengthy cybersecurity campaigns led by major global intelligence groups.

Although state-sponsored hacking groups primarily target large corporations and government agencies, everyday computer users like us are no less vulnerable. These groups may not target you specifically, but you can still be victimized during a mass attack that they execute on an organization you’re involved with.

Perhaps they hack into your Playstation account and steal your credit card info, or maybe they mass target you and your co-workers with a spear-phishing campaign designed to steal your identities and hold your data for ransom.

The reality is that cybercrime is only going to get worse in the coming years, especially with the advent of quantum computing (allowing programs to execute 60,000 times faster than today’s top-performing computers).

The best way to stay safe is to execute proper cybersecurity hygiene. This means limiting the amount of personal data you share online, using strong (and random) passwords, protecting your accounts with two-factor authentication, and using a secure VPN like CyberGhost VPN or ZenMate to encrypt your online traffic with military-grade encryption.

You should also make sure that you have a strong anti-virus program downloaded on all of your devices, including your smartphone!

While these aren’t always foolproof, they’ll greatly increase your defenses and decrease the likelihood of you being affected by a major hack on an organization you’re involved with.