What Is VPN Split-Tunneling?

What Is VPN Split-Tunneling? 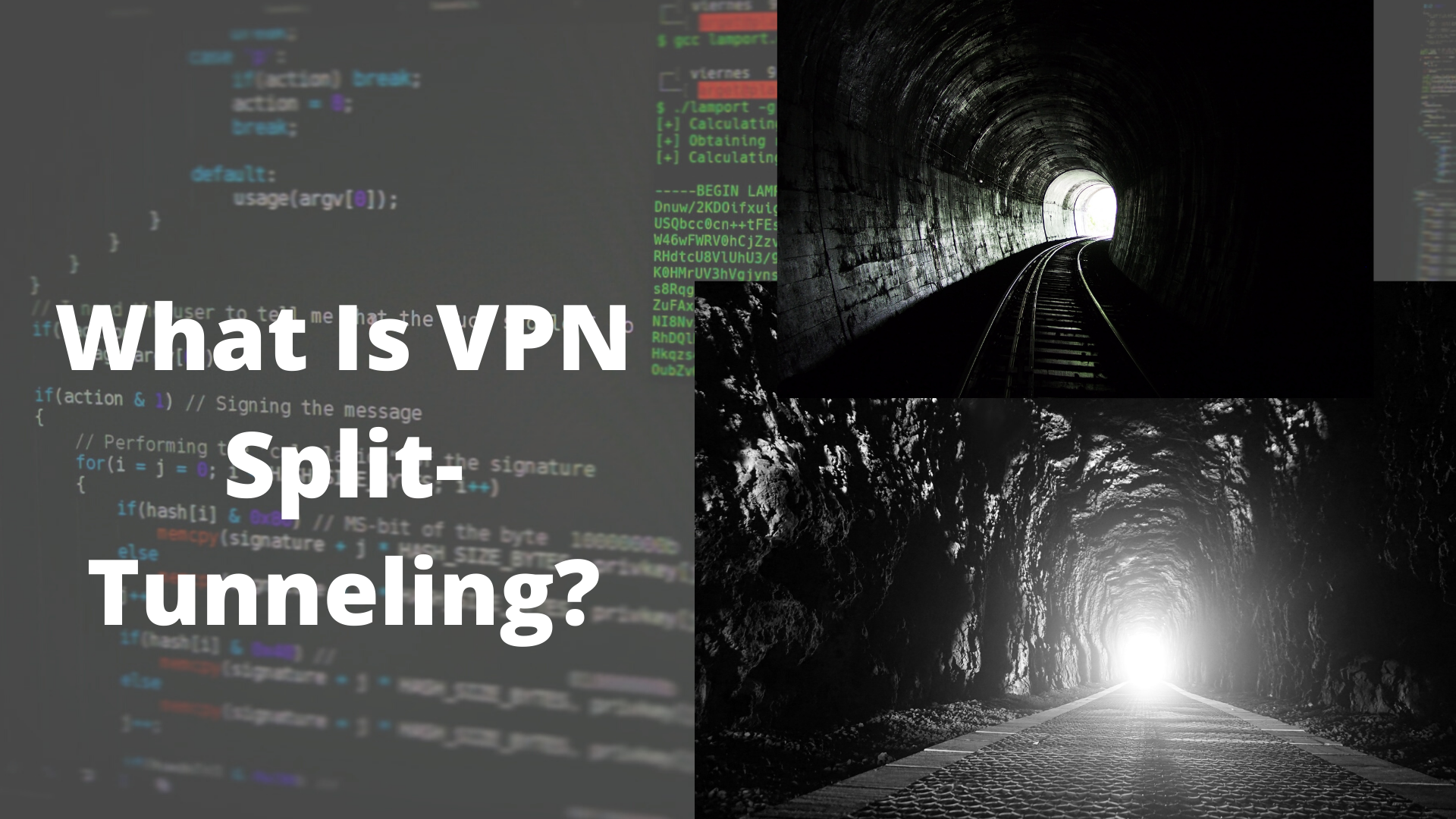 If you’ve recently started using a VPN like Cyberghost, for example, then congratulations! You’re now a whole lot safer than you used to be as you continue to browse the world wide web. Now, your online browsing activity, personal accounts, and home network information are masked and hidden from hackers, government agencies, and other unwanted snoopers.

If you’re reading this article, then chances are you’ve noticed that your VPN offers a special feature referred to as “split-tunneling.” Most newbies to VPNs completely bypass or ignore this feature, as it sounds a bit complicated and confusing. However, we’re here to tell you that split-tunneling is nowhere near as complicated as it sounds.

In today’s post, we’re going to explain what VPN split-tunneling is, how it works with your VPN, when you should use it, and what some of the pros and cons of split-tunneling are. Let’s take a look!

How Do VPNs Work?

To understand how VPN split-tunneling works, you’ll first need to have a general understanding of how VPNs work. Every day, we’re surprised at just how many people actively use VPNs without knowing how they work. Then again, there are plenty of people who drive cars and don’t know how an engine works (yeah, guilty of that one!)…

Anyways, here’s a basic overview of how VPNs work:

If you still haven’t downloaded a VPN, then you’re device and data are a whole lot less secure than you may think! We recommend signing up for a trial with one of these top-rated VPN services to start masking your IP address and prevent hackers from accessing your personal data through open and unsecured networks.

How Does VPN Split-Tunneling Work?

So, now that you understand how VPNs work to mask your IP address and traffic, it’s time to address the topic at hand – VPN split-tunneling.

Let’s just say that you don’t need to use your VPN all the time. Maybe you just want your VPN turned on while you’re torrenting files but don’t want your VPN to affect your ability to connect to your smart TV.

This is where split-tunneling comes in handy!

When you activate the split-tunneling feature in your VPN, you’ll be able to select which apps use your VPN server and which apps connect directly to your local network! This allows you to take advantage of the added security provided by a VPN without having it affect all of your apps and services. 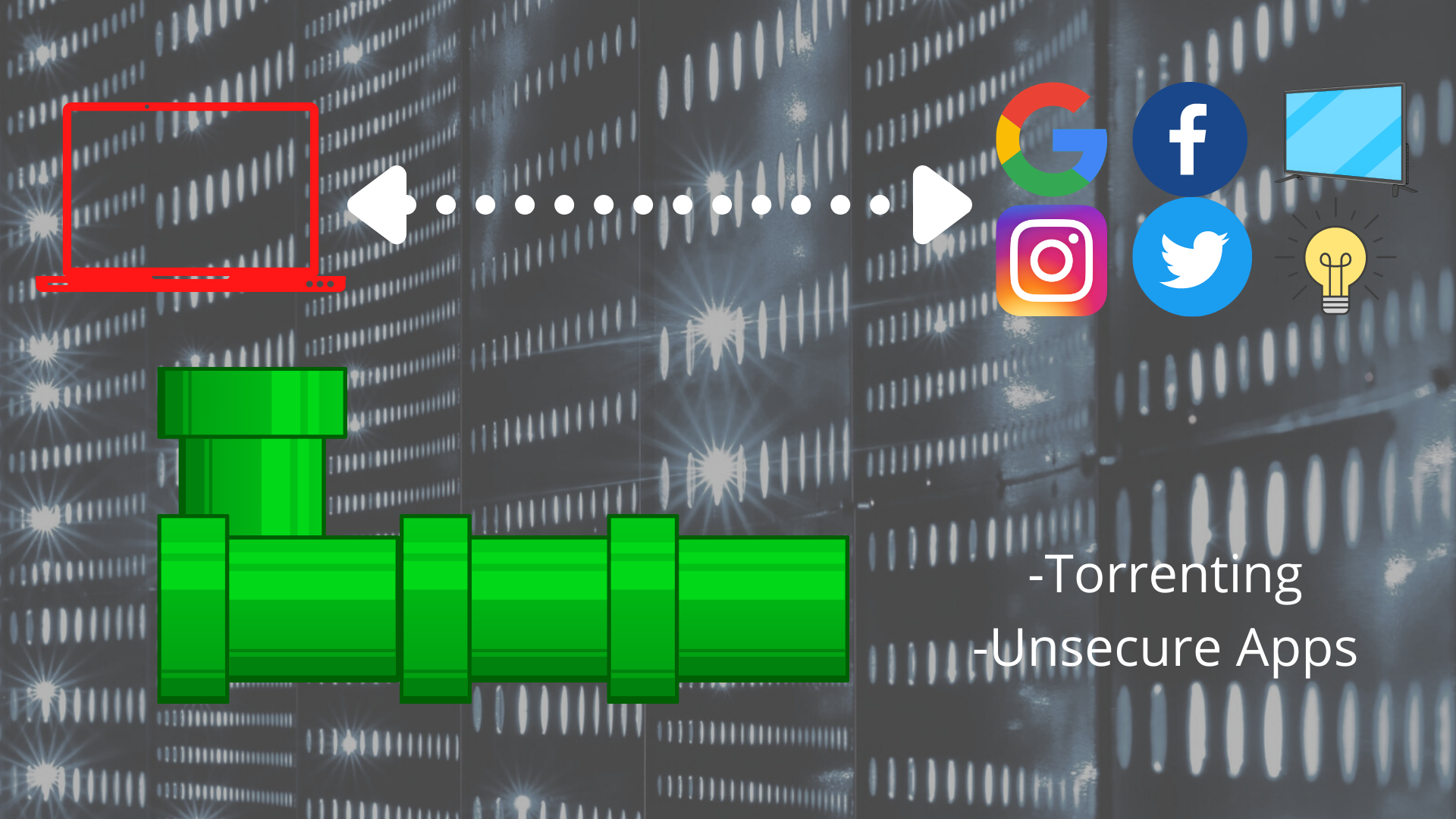 What Are The Advantages Of Split-Tunneling?

Overall, VPNs are great for enhancing your online security and ensuring that the wrong people aren’t able to peep in on your internet traffic, steal your passwords, and blackmail you. However, VPNs do have one key disadvantage that can make them annoying for some to use…

When you turn on split-tunneling, you can opt to keep your connection to local devices and apps that you use around your house, while ensuring that your VPN is still turned on when it comes to using less secure apps and websites.

Are There Any Cons To Split-Tunneling?

The only real con to split-tunneling is that it doesn’t totally secure your device. An intelligent hacker with the right tools could still gain access to other devices connected to your network and use them to access your computer or phone. However, this is not something that most people need to be worried about on a daily basis.

When Should I Use VPN Split-Tunneling?

1. When You’re Torrenting: Whenever you’re torrenting a file from the internet, your device becomes incredibly vulnerable to hackers who may also have the torrent file on their device. They can use this connection to access your device and/or implant malware on your computer. This is why most professionals recommend connecting to a VPN server while you’re torrenting.

By turning on split-tunneling, you can run all of your torrent server traffic through the VPN while ensuring that the rest of your traffic goes through your standard home network.

2. If You Have Smart Devices In Your Home: As we mentioned, VPNs can often affect your device’s ability to connect to smart devices in your home, such as lighting, screens, thermostats, etc. By using split-tunneling, you can set the VPN to “skip” routing your smart applications through the VPN.

3. If You’re On A Business/Work/School Network: If you’re on a work or school network, then you may want to retain your interconnectivity to other devices and applications on your network. Maybe you just want to route your internet browsing traffic through a VPN, and split-tunneling is the best way to do that!

Can I Use The Split-Tunneling Feature On Any Device?

Split-tunneling is a great feature that’s offered by many of today’s leading VPN services. It allows you to choose which apps and services are routed through your VPN server and which services connect straight to your standard home internet service. If there are only certain apps that you feel you need a VPN for, then this is incredibly useful!