What Is A Proxy Server (and What Makes It Different From A VPN)?

What Is A Proxy Server (and What Makes It Different From A VPN)?

Remember back when you were in high school and you wanted to access your favorite gaming website during your computer class? Every time that you would try to access it, the connection would be blocked thanks to the school’s wi-fi network restricting access to certain websites.

It’s like they didn’t want any of us to have fun!

However, there were always a couple of smart kids who found a way to get past the block and access whatever website they wanted. Who knows… maybe you were that smart kid.

One of the most common uses of proxy servers is to “unblock” certain websites that may have been blocked by your school or job’s wi-fi network. However, proxies can also be used for other applications as well.

If you’ve read any of our other posts or reviews on VPNs, then you may also be thinking to yourself, “Don’t VPNs do the same thing? What’s the difference between proxies and VPNs?”

Well, you’ve come to the right place! Below, we’ll explain exactly what proxies are and how they work. We’ll also outline some of the key differences that separate proxy servers from VPNs, so you can decide which is best for you.

What Is A Proxy Server?

First, let’s address the topic at hand- proxy servers. What are they? What do they do? Why do people use them?

In a nutshell, a proxy server acts as a type of gateway that re-routes your internet traffic through an external server before it connects to the internet. This effectively masks your computer’s IP address and makes it appear as if you’re located somewhere different.

They can also misdirect IP addresses… This means that they can control the web traffic of other devices that are connected to the proxy network. This gives them a dual usage.

What Are Proxy Servers Used For?

For example, let’s say that you’re trying to access your Facebook page during some downtime at your job. However, as soon as you type Facebook’s URL into the address bar, the connection is blocked and you get a friendly message stating that the URL has been blocked by your network because it’s a social media website. Bummer, right?

In this case, you could download a proxy server that would re-route your internet traffic and mask your IP address, making your computer appear as if it was located somewhere else. This should effectively bypass the block imposed by the wi-fi network at your office.

That being said, proxy servers can also be used for the exact opposite! In fact, the way that your office is able to control what sites you can and can’t access is made possible by a proxy server.

So, just as proxy servers can allow you to bypass geo-blocks or restricted sites, they can also be used to control the traffic of other devices connected to the proxy server.

What Is A VPN?

VPNs are Virtual Private Networks. Similar to proxy servers, they can mask your device’s IP address by re-routing your internet traffic through a secure, external server. This allows you to bypass regional restrictions, blocked websites, and other censorship measures that your country, job, school, or ISP may have imposed on your network.

The main difference between a proxy and a VPN is that a VPN tunnels your entire device’s connection through the server, which gives you a greater degree of anonymity and makes it impossible for third parties to track your activities online.

What Are VPNs Used For?

VPNs are primarily used by those seeking to enhance their internet security and make their browsing more anonymous. The internet can be a dangerous place… There are tons of hackers out there who are prowling low-security websites just waiting for somebody with an unsecured connection to hop on, so they can start stealing your personal data.

While your device is connected to a VPN like NordVPN, all of your internet traffic will be encrypted and protected. So, even if you do happen to come across a less than savory website, hackers won’t be able to identify you or even tell where you’re located.

Like proxies, VPNs can also be used to access region-restricted content. For example, if there’s a certain Netflix show that’s only available in the UK, you could log in to a UK-based VPN server and you’d be able to watch the show you wanted!

Differences Between Proxies and VPNs

The main difference between VPNs and proxies is that VPNs are a lot more secure. A VPNs re-routes all of the internet and data on your device through a secure external server. This means that everything from your browsing to the data used by background apps is encrypted and secured through the VPN server.

Conversely, a proxy server is application-specific. Proxies can be used for your web browser or installed into a certain game you’re playing. However, proxy servers can’t re-route all of your traffic the way that VPNs can.

Overall, proxies are a great choice if you’re looking to quickly mask your IP address and access blocked sites. They’re also a good choice if you want to secure and control your own network to prevent your kids or employees from accessing sites they shouldn’t be.

However, if you’re looking for something that will make you completely anonymous and offers superior protection, then you can’t go wrong with a VPN.

Here’s what an unsecured internet connection without a VPN looks like (and who could be spying on your right now): 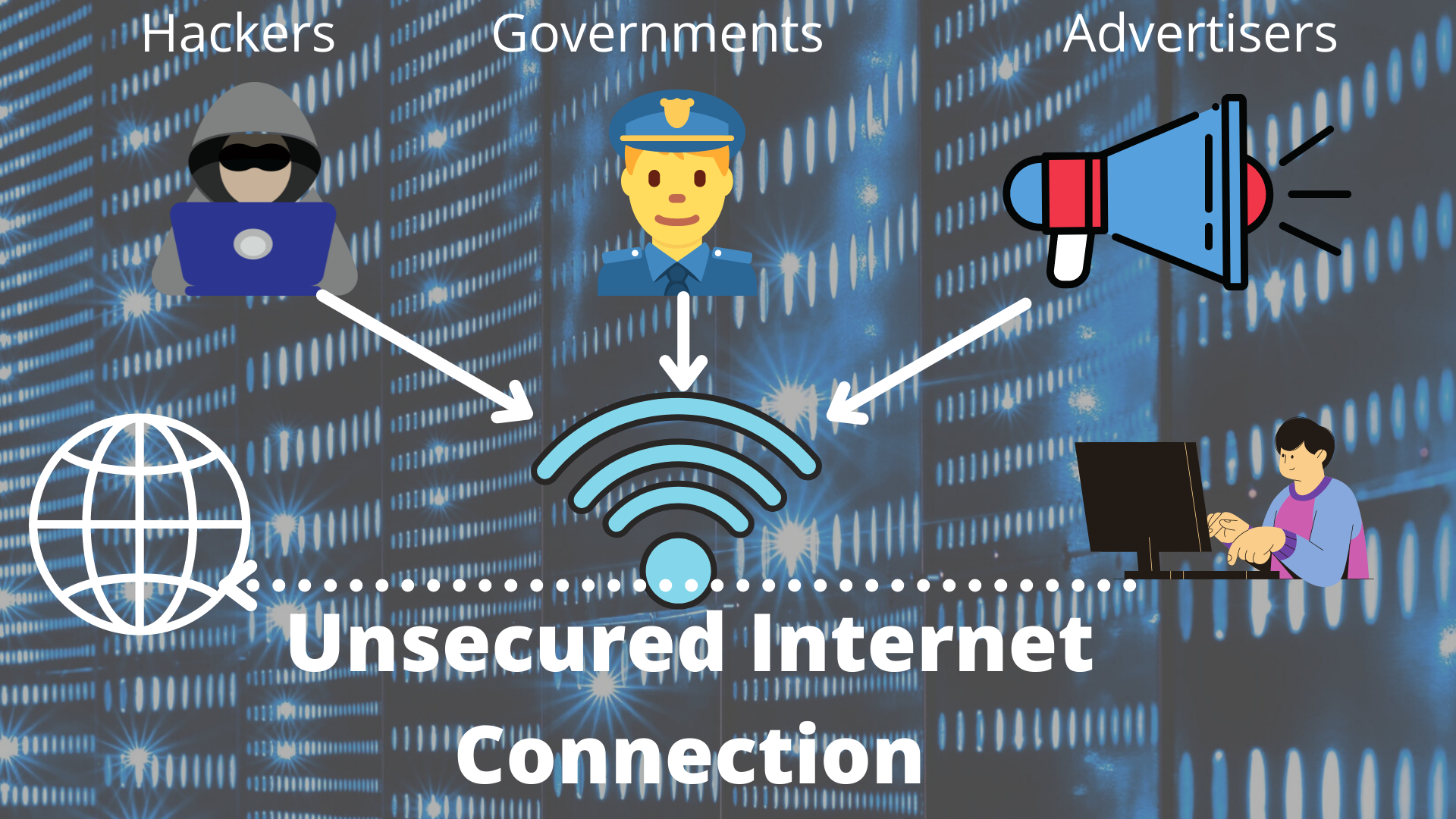 Nine times out of ten, a VPN service is going to be better. In addition to allowing you to access the same region-restricted content that a proxy would, a VPN will also encrypt your traffic using military-grade encryption. This means that no hackers, government agencies, or even your internet service provider will be able to track your activities or hack into your personal accounts.

If you’re looking for a great VPN to get started with, check out this list of low-cost VPNs that offer great security and affordable monthly rates. With today’s cybercrime rates at an all-time high, it’s time you started taking your online security seriously.