What Is A DNS Attack (And How To Prevent Them)

What Is A DNS Attack (And How To Prevent Them) 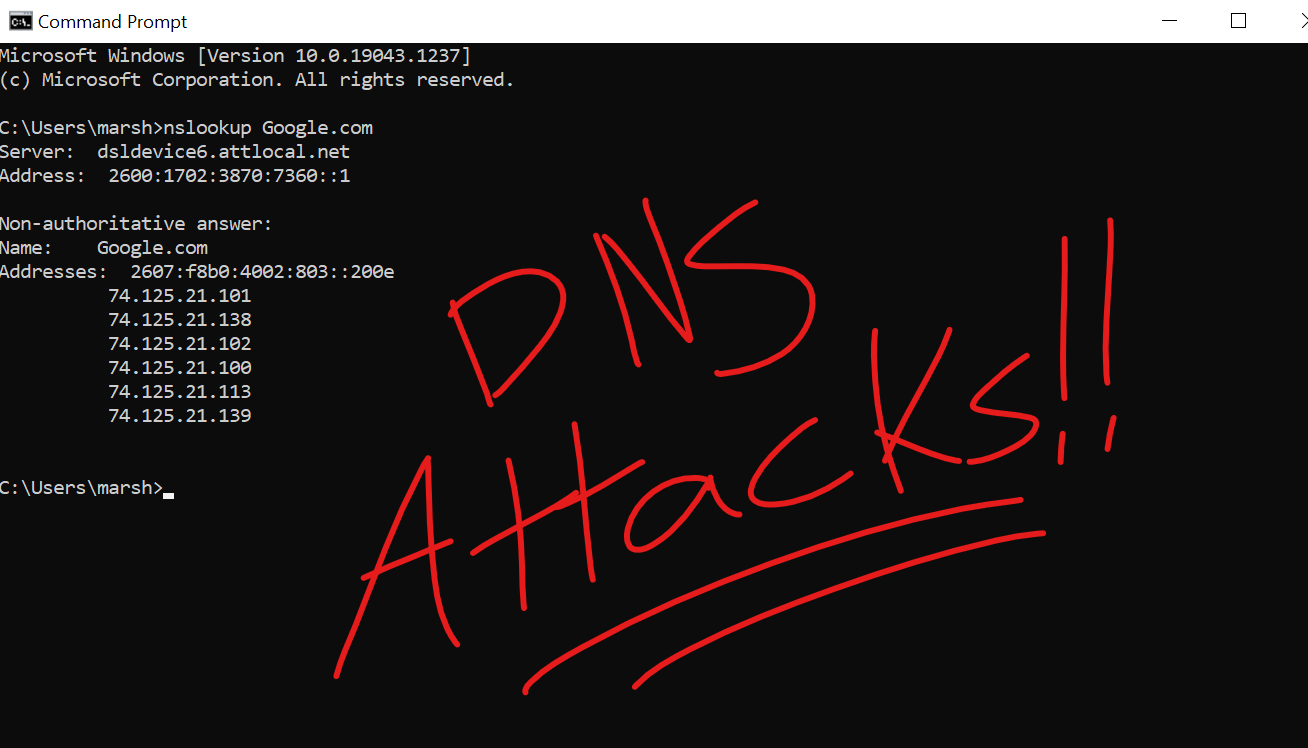 Every day, thousands of people get their identities stolen, their bank accounts hacked, and their personal data compromised. No matter how secure you think your home internet is, the chances are that it’s not as foolproof as you think…

Most people avoid even thinking about internet security, to begin with, as it’s a complicated and complex topic that goes over most people’s heads who aren’t IT experts. To be completely fair, none of this stuff is taught in public schools (even though it should), and you won’t learn about it in college unless you’re getting a degree in computer science.

That being said, it’s not hard to understand why people avoid discussing internet security protocols. To most, it just sounds like an upsell by some “experts” looking to make an extra buck.

However, your internet security is very important and is something that should be taken seriously. Because once you become the victim of identity theft, it can take years to recover from. In some cases, your credit score/history may even get destroyed!

One of the most common ways that people’s identities and data are compromised is through DNS attacks. These are attacks that allow hackers to manipulate what servers your computer is accessing, making it very easy for them to steal data completely unbeknownst to you.

In today’s post, we’re going to discuss DNS attacks, explain what they are, the different types of DNS attacks, and why they’re so dangerous. Lastly, we’ll explain the best practices you can employ to prevent yourself from being a victim of a DNS attack!

What Is A Domain Name System?

Let’s start by defining what a Domain Name System (DNS) is. Without knowing what a DNS is and how it works, none of the rest of this article will make any sense to you.

Put simply, a domain name system is a system that links your computer through to domains listed within various directories. Just as your computer has its own unique IP address, websites also have their own IP address.

When you open your browser and type a website URL into the search bar, your query goes to the server of the website you typed in. Then, the DNS analyzes the exact URL you typed in, breaking into its several parts:

It does all of this in milliseconds. The DNS double-checks all IP addresses to ensure that you’re directed to the correct webpage, instead of randomly ending up on completely different websites and pages.

The best way to describe it is to compare it to a GPS system. When you type an address into your mapping software, it double-checks the address to make sure it’s a real location, cross-references it with any other duplicate addresses or businesses, and then finds the fastest, quickest, and most efficient way to direct you to the requested address.

The DNS does the same exact thing, figuring out the most accurate and efficient way to direct your internet browser and device to the requested webpage.

What Is A DNS Attack?

A DNS attack is an attack that’s specifically directed at the domain name system of your device or network. By manipulating your DNS, hackers can redirect your device to access fake websites, forms, and web apps, convincing you to enter vital information without you even knowing!

DNS attacks are usually quick, deadly, and silent. Most often, they can’t be detected until it’s too late. This is why it’s so important to be proactive about internet security by using a high-quality VPN and ensuring that your device is protected by a comprehensive anti-malware program.

Now, let’s explain it in layman’s terms. We’ll use our previous example of the GPS system.

Let’s just say that you open your mapping application and input an address of somewhere that you want to go. Now, let’s pretend that a hacker was able to gain access to the mapping system and managed to manipulate your device’s GPS locator along with mapping/direction data. At that point, they have complete control over where you go!

For example, they could re-route your vehicle to go to a shady location where they could ambush or rob you. They could re-direct you to a fake store where you would go in and pay for imitation products and have your credit card numbers stolen. Or, maybe they would just choose to waste your time by directing you out of town.

In the same vein, hackers can do the same thing with a DNS attack. By controlling the way that your device navigates the internet, hackers can re-direct your browser to access fake imitation websites (where they can steal your data) or sites that download malware onto your device that causes further damage.

This is why DNS attacks are so dangerous. They target the core directory system of your device, causing misdirection, and compromising your online security and personal data.

The Different Types of DNS Attacks:

1. Malware Attack: Malware attacks are the most common form of DNS attacks. Thankfully, they’re also one of the easiest to defend against, as long as you have a good anti-malware program installed on your device. Essentially, these attacks are initiated once you download malware onto your device.

This malware could be downloaded from a torrent or by downloading untrustworthy files from sites you don’t know. Either way, once it gets into your system, the virus can modify your device’s DNS settings. The next time you go on the internet, you could be redirected to false websites or apps without your knowledge.

On a side note, if you’re looking for a great VPN to protect you while you’re torrenting online, we recommend taking a look at this article. Using a VPN while torrenting is a great way to keep your identity and data secure while torrenting or seeding a torrent file.

2. DNS Router Hijacking: These attacks are a little bit more direct and are usually seen on a more corporate level. Basically, the hacker will directly hack into your internet router using state-of-the-art hacking software.

Once they gain access to your router, they can change the DNS settings from within. Since they’re not directly targeting the device, these attacks are incredibly dangerous, since anti-malware programs can’t detect them. Unless you have a secured router and IT professionals in your business who are constantly monitoring your router’s status, a DNS hijacking attack on your router could go undetected for weeks or months at a time.

3. Data Cache Poisoning: Cache poisoning is similar to router hijacking. However, instead of directly accessing your router, the hackers insert fake DNS entries into the local DNS resolver’s memory cache. In layman’s terms, the hackers are modifying the “memorized” addresses of your DNS, causing them to re-route your browser to spoof sites.

How To Prevent DNS Attacks

We promise we’re not trying to scare you. However, it is our job to keep our readers informed about what’s going on. The good news is that DNS attacks are relatively easy to defend against if you’re willing to take a few precautionary measures. Here’s what you can do to prevent DNS attacks.

First things first, you should invest in some high-quality anti-malware software. If you’re on a Windows PC, then this is especially important. Apple OSX operating systems are generally better protected against malware, but even OSX devices aren’t entirely bulletproof.

Do your research and download a reputable brand. It may even be worth it to invest in a paid subscription, especially if you have a lot to lose. Make sure the anti-malware program performs daily scans to ensure that you’re never unprotected. 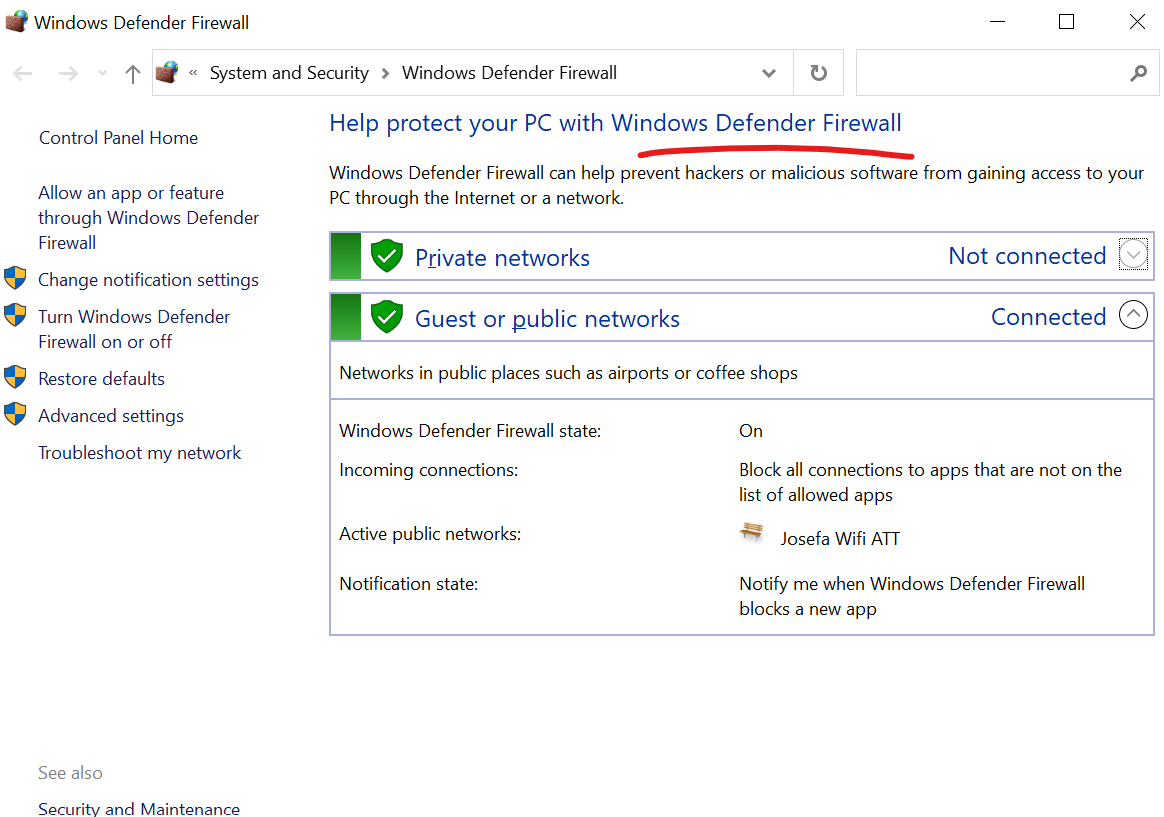 One of the easiest ways for hackers to gain access to your device or re-direct your internet traffic is while you’re browsing the internet on public networks at your local cafe, school, or library. If you do plan on accessing public networks, make sure that you always use a VPN like IPVanish to disguise your IP address.

Not only will this disguise your IP address but a VPN will also encrypt your internet data and traffic using military-grade encryption protocols that are virtually impossible for hackers to penetrate.

If kids are using your devices, make sure that their browsing is monitored or controlled by a child safety program. Unfortunately, there are tons of malware sites that are marketed towards children. They may be disguised as gaming websites or download links for their favorite TV shows.

The kids just see a fun game or movie and download it on your phone or laptop. As soon as they open the file, it goes to work behind the scenes, modifying your DNS settings, so that they can steal information from the next adult to access the device.

DNS attacks are one of the most common malware and network attacks in the book. They’ve been going on since computers and the internet were first created. As long as you take your internet security seriously, though, and use safe browsing techniques, a good VPN service, and anti-malware software, you should be safe from them.