Have you ever seen a link that you just had to click but you were at work or school? Sure, you can always wait until you get back home to check it out, but where’s the fun in that? If you want to access blocked URLs without getting caught by whatever program is screening your traffic, a VPN is probably your best bet.

In this guide, we’re going to look at how you can use various types of VPNs to access the content that you want to see.

Here at PinpointVPN, we’re huge fans of using standalone VPNs to get around problems like blocked sites and inaccessible URLs.

A VPN like ExpressVPN or NordVPN is often one of your best bets when it comes to accessing blocked sites because they’re versatile and effective. These VPNs are standalone applications that you install on a computer, and most of them require a subscription, especially if you don’t want them to have limited functionality.

Thankfully, all’s not lost. If you’re truly dedicated to getting a VPN on a computer so that you can browse blocked sites, you can always install one through a USB stick or another USB storage device like a portable hard drive. Keep in mind that you may have to be stealthy about this.

Now that you have the VPN installed, you may be wondering what you need to do so that you can access blocked websites with ease. Thankfully, ExpressVPN makes this pretty easy for you: 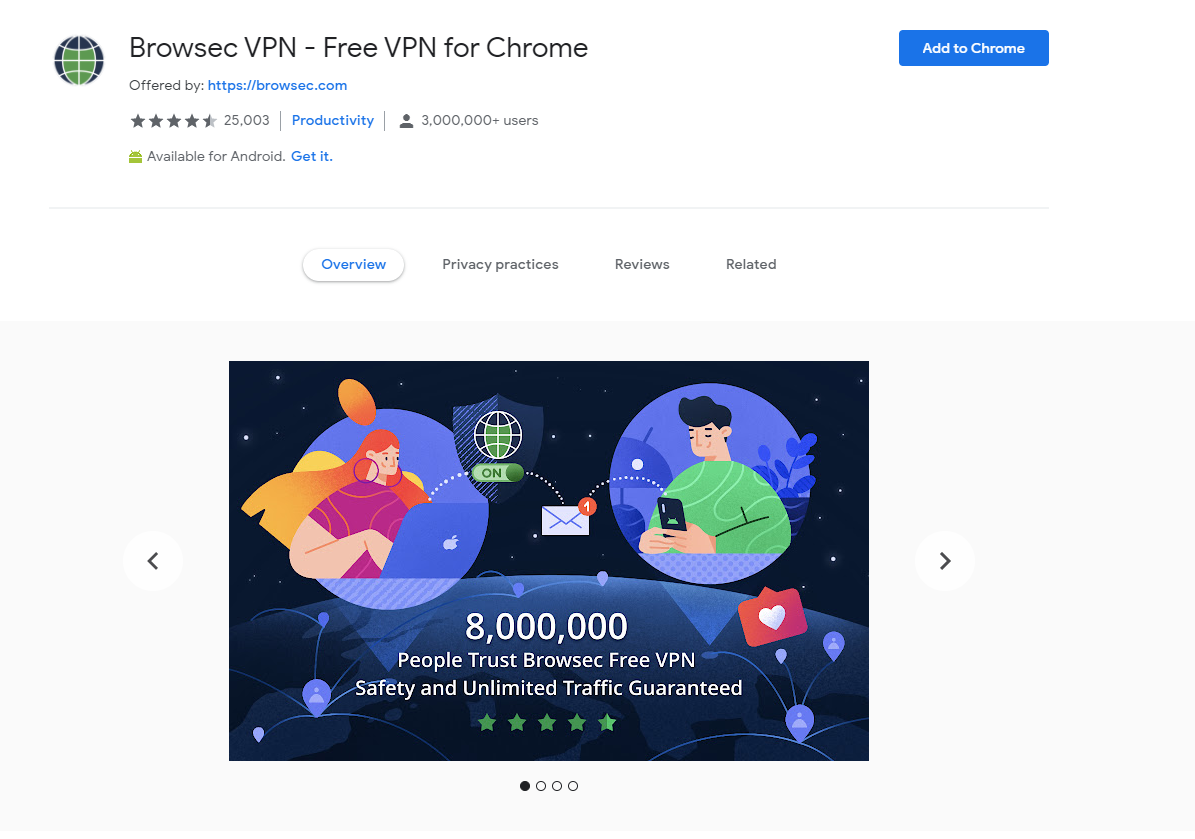 It’s understandable that not everyone would be comfortable installing a new program on a computer that likely doesn’t belong to them. Many of our readers ask us if there’s a less invasive way to install a VPN on a work or school computer so that they can access blocked content, and one of the alternatives is using a VPN browser extension.

There are plenty of browser extensions that allow you to privately browse the internet, and they are available for Google Chrome, Firefox, and Microsoft Edge, so you likely won’t need a specific browser to install them. One thing to consider is that these extensions are rarely ever free.

Some VPN browser extensions will charge you monthly so that you can use them while others may have a one-time price associated with them. Keep in mind that you’ll need to be logged into your account on the browser to access them if you purchased the VPN at home.

This is the one complication that you may run into. If you’re using a work or school computer, you may not necessarily be logged into your account so you may not be able to access VPN extensions that you’ve purchased. However, if you’re able to log into your Google or Microsoft account so that you can access your extensions, you’ll be good to go.

While you’ll still need to install this VPN extension on your browser, it will be a lot less likely to be detected than a full VPN program that you installed on the computer. You can even hide the active extensions from view at the top of your browser so that someone will have to actively search for it to find it.

Even though it may come as a surprise, most VPN browser extensions are just as secure as full-on VPNs, especially if you get them from a reputable source. The main difference is that they’re a little bit easier for you to install if you can work out the payment situation.

Unblock a Website Using a Browser with a Built-in VPN 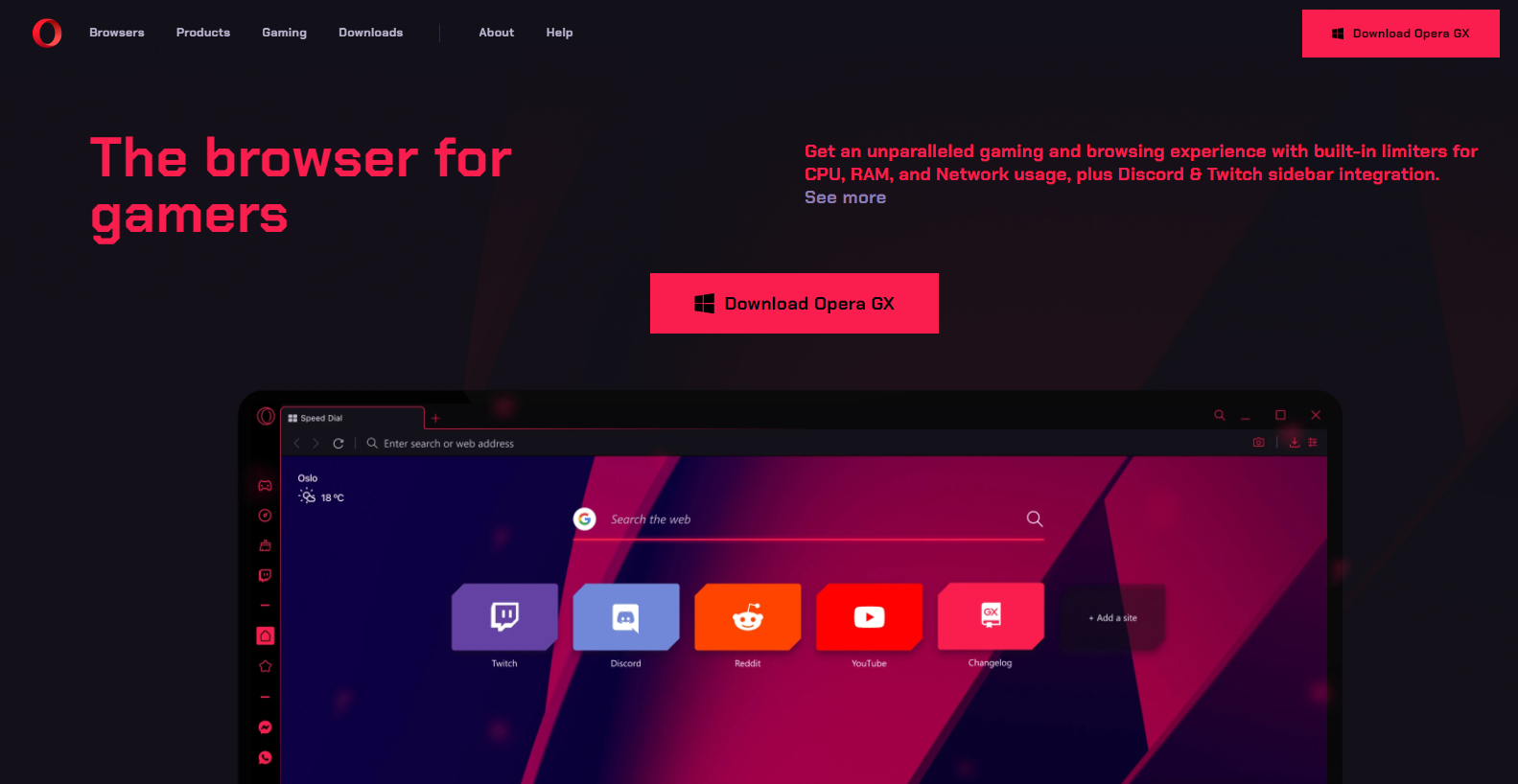 If the computer you’re working on has a site blocker but you’re still allowed to install applications of your choosing, you may wish to install an entirely different browser. For example, browsers like Opera GX feature built-in VPNs that can rival full-on VPN programs like NordVPN.

The best thing about browsers that come included with VPNs is that they tend to be free. Even better, using Opera GX as an example, the browser takes up fewer resources than something like Chrome, meaning that your browsing experience will be quicker and that your computer’s resources will be less tied up.

Many of these advanced browsers also come with additional features like adblocker integration, which is nice if you’re not able to install extensions on your work or school computer. However, if you’re unable to install programs without administrator privileges, this technique may not work for you.

We’d argue that the main advantage of using a browser with a built-in VPN is that you rarely ever have to pay for it. Most of these browsers are available for free, which is more than can be said for a wide variety of VPN extensions for other browsers as well as standalone VPN programs like ZenMate.

As you can see, you have three separate kinds of VPNs that you can use to access blocked sites on a computer at work or at school. The best option will depend on your budget as well as whether or not you have admin privileges available. If you have both, then we’d highly recommend using a standalone VPN due to their simplicity and ease of use.