Our experts here at PinpointVPN specialize in internet security, and there are more programs that you can use to stay secure on the internet aside from VPNs like Surfshark and ZenMate. With the emergence of the COVID-19 pandemic, more and more people are working from home and doing business over video conferences.

While this is certainly convenient, it also opens up a whole new avenue of threats for businesses and their security. Secure conferencing apps can make it easier to ensure that sensitive information is kept away from prying eyes, and in today’s guide, we’re going to look at some of the best secure video conference platforms. 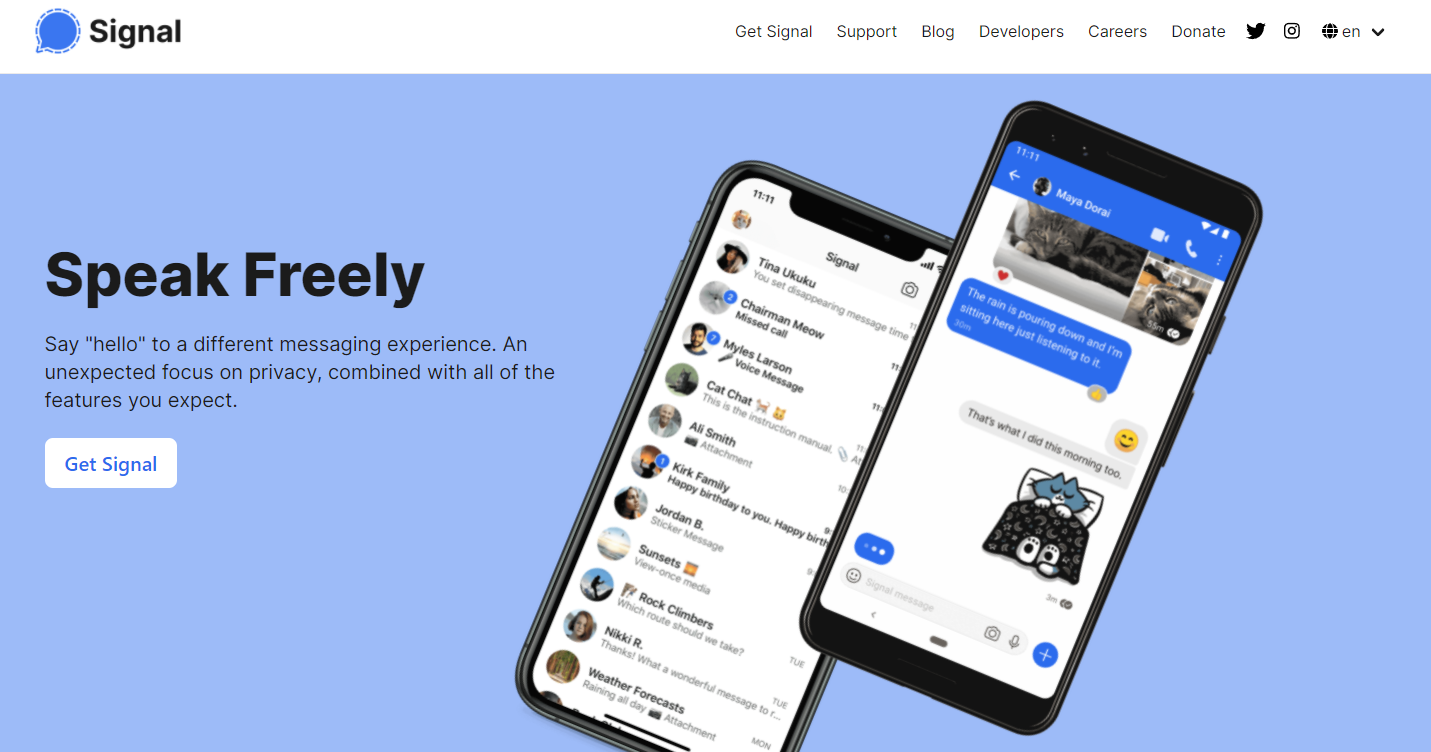 You might already know that we’re big fans of Signal as a safer alternative to WhatsApp, but it’s also an excellent choice if you’re trying to keep your video conferences secure. One of the best things about Signal is that it’s entirely free so you won’t have to spend a dime on getting your team hooked up with it.

Unlike other free video conference apps, Signal doesn’t even feature ads, keeping the interface sleek and uncrowded. Of course, security is the main concern when you’re looking for a secure video conference platform, and Signal is one of the most secure platforms you’ll come across.

Along with ensuring that calls and conferences are encrypted end-to-end, Signal also encrypts all the info about your account. This helps ensure that anyone snooping on you won’t be able to figure anything out about the people who are a part of your business, which can be crucial in fields where information is particularly sensitive.

There is even an optional PIN that you can use to lock out registration, making Signal even more secure. However, one thing that we have to mention is that Signal is best used for smaller teams because of its limitations when it comes to larger conferences.

Group calls in Signal are limited to a maximum of five people, so if you’re trying to host conferences with more people, you’re better off opting for an alternative. Aside from this one issue, we’d argue that Signal is one of the most secure ways that you can communicate with other people in your business. 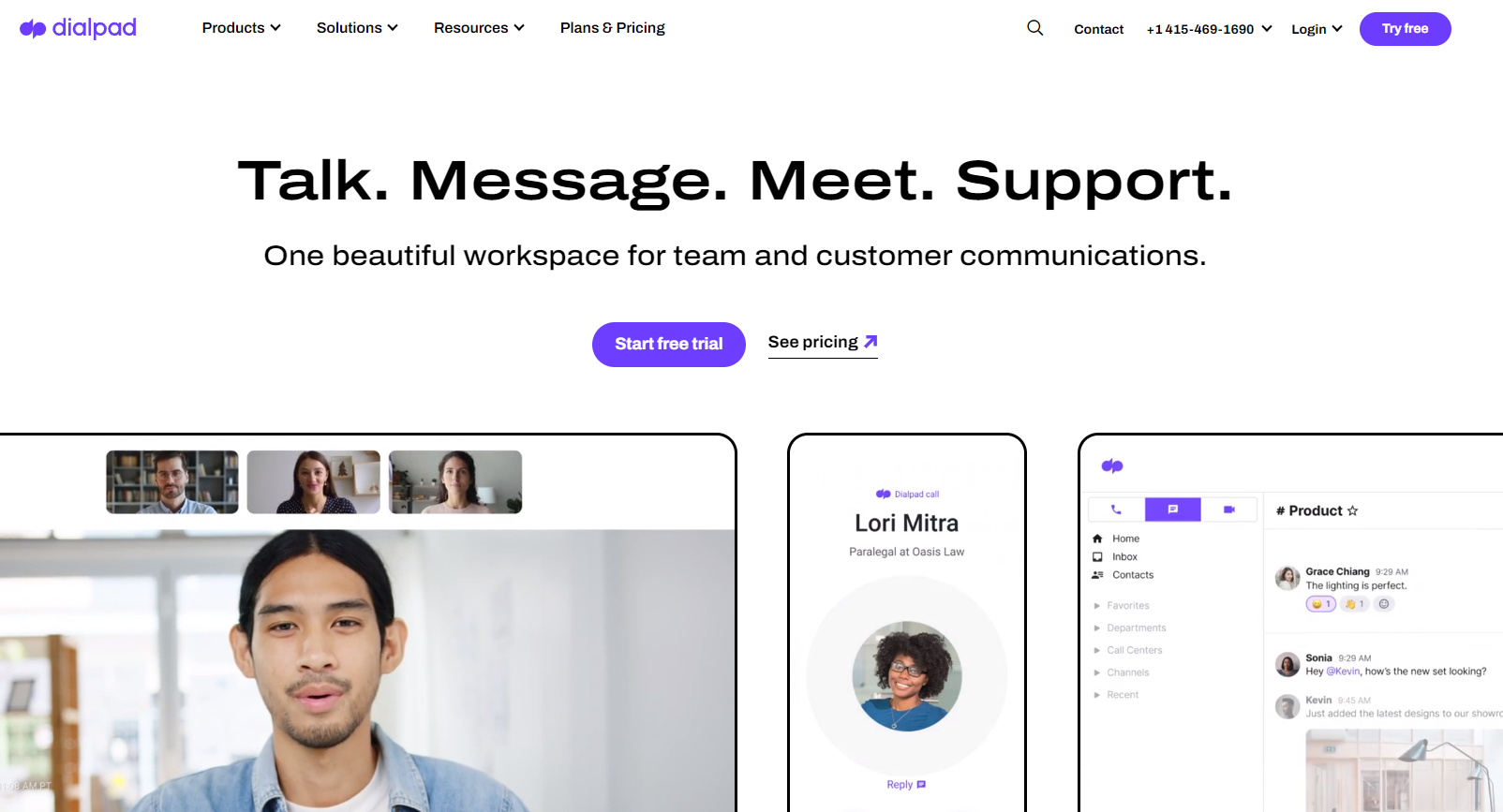 Dialpad is another great option if you’re looking to keep your conferences and interactions with your colleagues secure. This application allows you to interact with your co-workers through conferences, but it also features direct messaging as well as phone calls and video calls.

Once you’re in a Dialpad conference, you’ll have access to a range of features that allow you to ensure that everything progresses smoothly. For example, you’re able to lock meetings so that nobody else can join once they’ve started and you can even mute people if they have too much ambient noise.

One of the best things about Dialpad is that it has been developed specifically for professional use and it integrates seamlessly with many other programs that are used in the business world. Integrated apps range from smaller CRMs to Salesforce, and there are even open source APIs that can be further customized.

Dialpad’s encryption is accomplished through WebRTC and it will ensure that nobody can crack your communications. Along with network security, the program also features local security with passwords and PINs ensuring that nobody can access your company’s Dialpad if they’re not cleared.

One of the things that impressed us most about Dialpad is that it’s clearly designed for a business environment due to its compatibility with a wide range of platforms. For example, it works on both Mac and PC as well as iOS and Android. One thing to keep in mind is that certain features are locked behind Dialpad’s paid plan.

ClickMeeting can be used for video conferences but it’s mainly focused on making it easier to conduct webinars. It has many of the same features as the other options on this list, though it has a few key areas where it stands out, especially for larger organizations looking to keep all of their ducks in a row.

For example, ClickMeeting features a maximum of 25 participants per meeting, which should be sufficient for all but the largest businesses. ClickMeeting is designed to work in a wide range of industries that range from marketing to teaching, and many of its features are designed to make it as versatile as possible.

Keeping with the webinar focus of this application, meetings can be viewed by up to 1000 people, so if you’re trying to make a company-wide presentation, this may be your best option. There are also ways to further refine your webinars when using ClickMeeting, including an automation feature.

ClickMeeting is great for companies that are looking to keep things simple because this program was designed with ease of use in mind. The straightforward interface ensures that none of your employees should have any trouble acclimatizing to it, even if they’ve never used similar software before.

While this program comes with a free trial, you’ll pay around $25 a month to unlock its full functionality. We also came across a few issues with ClickMeeting, including the inability to use phones with it and the fact that it’s more expensive than some of the other options you have available. 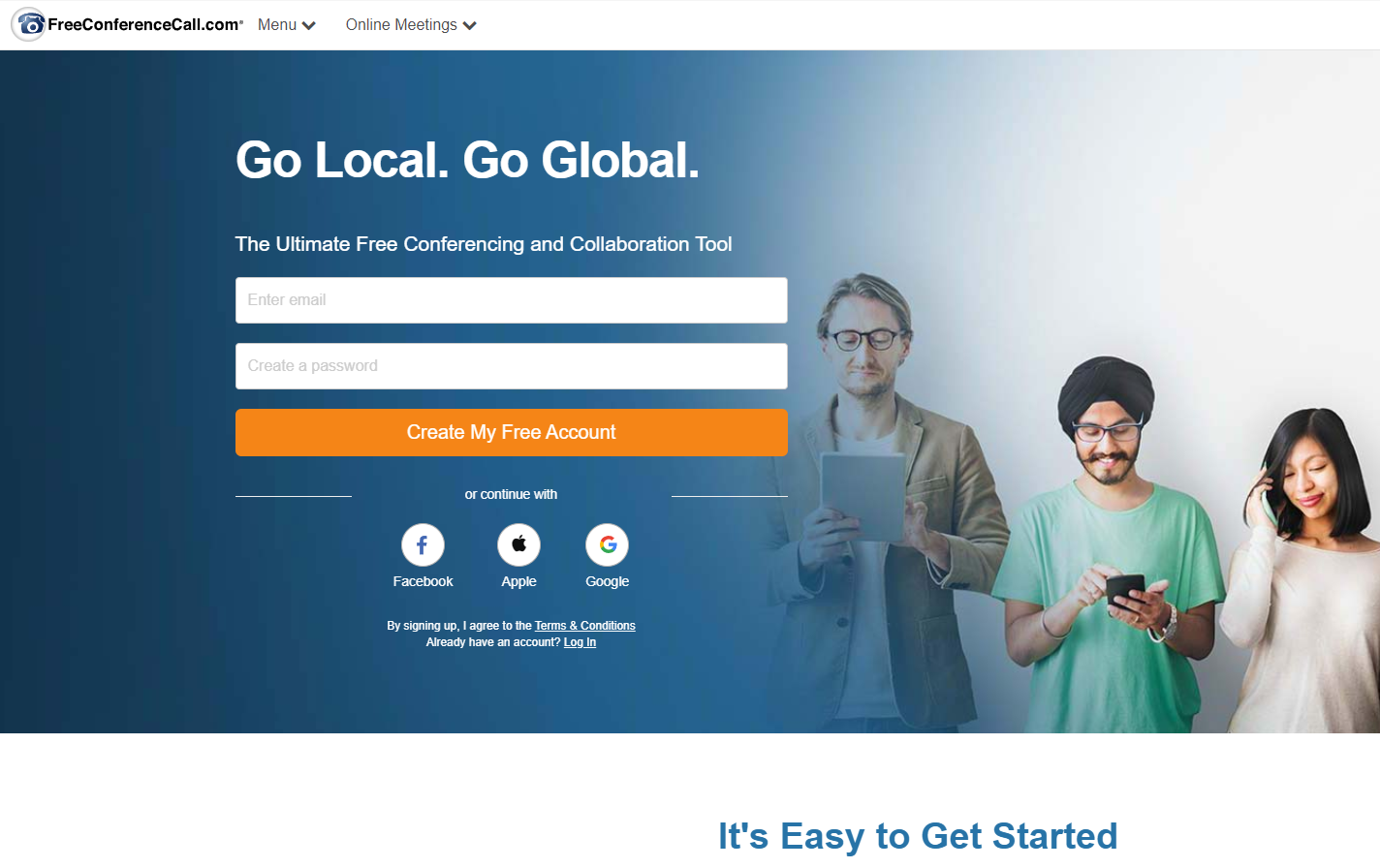 Like you would expect from the name, this piece of software allows you to set up conferences for free, but you’ll be limited to voice only and not video. If you’d like to unlock video functionality, you can opt for the paid plan which will open up a few more features aside from being able to communicate through video.

For example, the paid version of FreeConferenceCall will allow you to use more than just 1GB of hosted data, which is a necessity if you intend to be sending videos or larger image files consistently. You can also record calls you’ve made so that you can refer back to them later on.

One of the main issues we had with this program is that there’s no way to share the recordings you’ve made, which kind of defeats the purpose of creating those recordings in the first place. This app’s security isn’t too bad, though, as it features encryption to make sure that your calls are kept secure.

Additional security features include the ability to set up a PIN so that people can access it in the first place. If you’re willing to opt for the paid plan that FreeConferenceCall offers, you’ll save a bit of money compared to the competition’s offerings because of their more reasonable rates.

Another thing we loved about this program is that it’s a lot easier to get up and running than some of the other choices on this list. If you’re running a small business and you don’t have a dedicated IT department, then you’ll likely benefit from being able to set everything up yourself.

Aside from getting your hands on the best possible video conference software, there are a few other ways to ensure that your conferences remain as secure as possible. We’re going to explore the importance of sticking to private networks, enforcing the right guidelines with your workers, and figuring out what will work best for your particular industry.

The Risks of Public Networks

The first thing you’ll want to make sure of is that you’re never hosting or participating in conferences while you’re connected to public networks. This is due to the security flaws that are inherent in public networks. For example, it’s a lot easier for people to intercept your traffic on these networks.

When you’re connected to a private network, anyone trying to snoop on your conferences will have to get into the network first. This step is entirely eliminated when you’re running a conference on a public network. If you’re going to be discussing sensitive information, avoid coffee shops and other public hotspots.

It’s always a good idea to come up with some ground rules about how your conferences are going to be conducted, and that extends to security too. Make sure that your employees all have at least rudimentary training when it comes to ensuring that things are kept secure during your conferences.

This will make it easier to ensure that your data doesn’t end up getting used against you, and it can be particularly crucial in some industries like in healthcare. Cybersecurity is getting more and more important by the year, and even the largest businesses are falling prey to lax security guidelines.

What Works Best for Your Business?

Every industry has different needs, so picking out your secure video conference platform isn’t as straightforward as opting for the “best” one. What works best for another company may not suit your needs.

For example, some businesses may require software that’s HIPAA-compliant whereas others may not. We’ve already mentioned some of the complications of working in the healthcare industry, but other industries like finance also require stringent control over their data security.