Password Cracking Techniques Hackers Use To Get In Your Accounts

Password Cracking Techniques Hackers Use To Get In Your Accounts 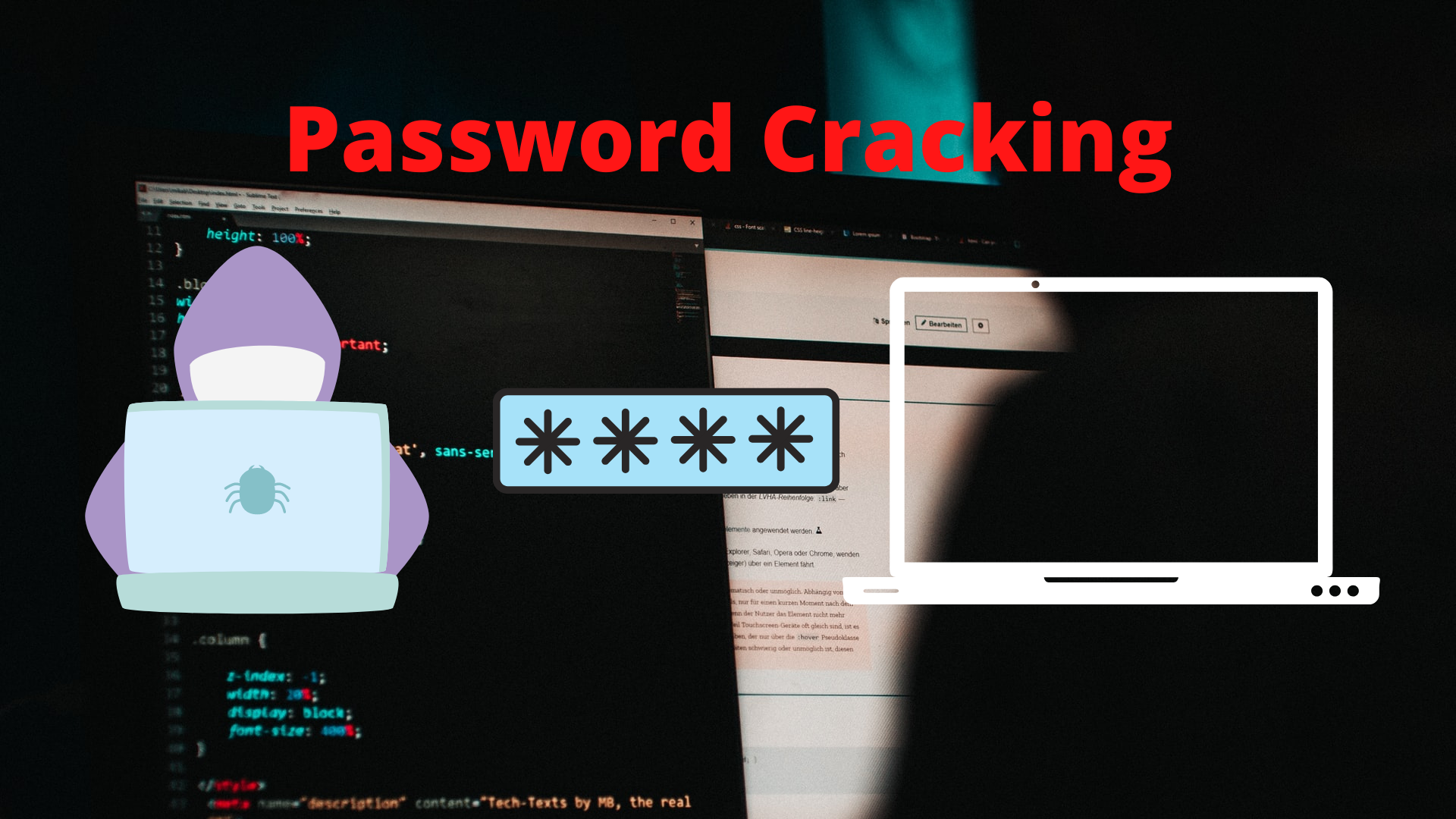 According to recent statistics, there are around 2,200 hacking attempts every single day. If you do the math, that boils down to around 2 attacks every minute. Other statistics quote even higher numbers, estimating that around 2.5 billion hacking attempts are performed each year.

Seeing as many hackers are clever enough to remove any trace of their activities (or use silent viruses and malware that operate behind the scenes), it’s hard to calculate the exact number of hacking attempts that occur on a daily or even yearly basis.

Depending on the goal of the hacker, each hack may have a completely different goal. Some hacks are intended to steal money, some are intended to blackmail individuals, some are forms of activism or whistleblowing, and others are just designed to create destruction and chaos.

However, almost all forms of hacking involve cracking a couple of passwords. Once you have a username and password pair, you can log in to personal accounts, administrator accounts, and more where you’ll be able to access money, sensitive data, and control devices.

This is why it’s so important to take your internet security seriously and use VPNs and anti-virus software to stay anonymous and protected while you’re using the internet.

So, how do hackers crack passwords? You’re about to find out…

How Do Hackers Crack Passwords?

In the original days of the internet, passwords weren’t all that secure. Almost nobody even had a computer, in the first place. So, when they created a password, it was normally a single word string or phrase. As the internet grew, cybercrime started to develop and clever hackers managed to guess these simple passwords without much effort.

So, people got smarter and started making passwords that were more difficult to guess. At the same time, hackers upped their game and started developing hacking software and techniques designed to exploit users and crack their passwords, often without their knowledge.

Here are some of the most common password cracking techniques used by hackers to access your data, money, and accounts.

1. Phishing Emails: One of the most common attacks is a phishing email. These are emails that “fish” for personal details. Often, they’re sent from seemingly legitimate companies, organizations, and individuals that mimic trustworthy individuals. However, their purpose is anything but legitimate.

Another technique is that they’ll create fake imitation-style websites. So, when you click the phishing link, you’ll think you’re on the right website. However, as soon as you start typing your login credentials, the hackers go to work stealing them and using the credentials to hack into your real account.

2. Brute Force Attack: Brute force attacks utilize hacking software design to guess your password and login credentials. Most brute force software is capable of attempting anywhere between 25 to 100 unique passwords per minute. If you have a weak password with limited possibilities, then you’ll be cannon fodder for brute force attacks; however, if you have strong, complex, random passwords, it’ll be almost impossible for the software to guess your password.

3. DNS Hijacking: DNS hijacking is very complex but also very common. Basically, hackers gain access to your router or your device’s internal Domain Name System settings. Here, they can change the way that your computer directs to websites, and manipulate your computer into accessing fake websites or dangerous domains where your information will be compromised.

DNS hijacking is easily prevented by using a VPN like NordVPN that prevents your public IP data from being transmitted on the web.

4. Keyloggers: Keyloggers are malware programs that run in the background of your computer’s operating system. They track every keystroke that you enter on your keyboard, which allows them to see your passwords, credit card information, and anything else that you manually type in.

Keyloggers can often be detected and destroyed by anti-malware programs. Also, using secure auto-fill functionality can also prevent an active keylogger from seeing your passwords.

5. Social Engineering Con: Social engineering is a con used by scammers, hackers, and/or con artists to get you to give up valuable information. This is commonly used in phone scams but may also be used in-person or over the computer.

For example, somebody may call your phone posing as an IRS agent saying that you owe back taxes. Then, they’ll threaten to take you to jail or something if you don’t comply with their orders. Once they’ve got you emotionally involved, they’ll ask for social security numbers, passwords, and other data they can use to steal your identity.

6. Spidering: Spidering is often employed alongside brute force attacks. It uses data and information gleaned about the hacking victim to speed up and narrow down password possibilities.

For example, you might use a spider program to put together data about a target’s name, age, spouses, children, pets, date of birth, etc., which could all be used to make guessing their password easier.

How To Prevent Yourself From Becoming A Hacking Victim

Thankfully, there are several things you can do to prevent yourself from becoming a hacking victim. As long as you’re smart, you’ll usually be able to outsmart most everyday hackers.

Always Use A VPN While Browsing Online

Use a VPN while browsing online, especially if you’re using a public network at your local library or coffee shop. The VPN will disguise your traffic and encrypt it so that nobody (not even the hackers) will be able to see the information you’re sending or receiving online.

If a message looks suspicious, it probably is. If the person on the other end starts asking for sensitive details, passwords, and ID numbers over the phone, then there’s a good chance that they’re actually a hacker looking to glean valuable information from you or steal your identity.

Look For SSL Certificates On Websites

If you go to a website and you don’t see the little “lock” icon by the URL address bar, then the data you enter on that site is not secured or encrypted. This means that any hacker could steal your information as it’s transferred from your device to the site’s server.

Use Complex, Secure, and Random Passwords

The more complex and confusing your passwords are, the harder it’ll be for any hacker or hacking program to crack them. Use letters, numbers, case-sensitive passwords, symbols, and random words that are completely unrelated to you. Also, change your primary passwords every 6 months and don’t use them multiple places.

As long as you use some common sense combined with basic internet security techniques, you should have complete confidence in your online security. Follow the tips we’ve outlined above and always be on the lookout for crafty hacking attempts.

If you run a large business or handle lots of money, then you may even want to consider hiring a cybersecurity professional to help you tie up your loose ends and secure your data. After all, who doesn’t need a little bit of expert help from time to time?