Is Roblox Safe for Kids?

Is Roblox Safe for Kids? 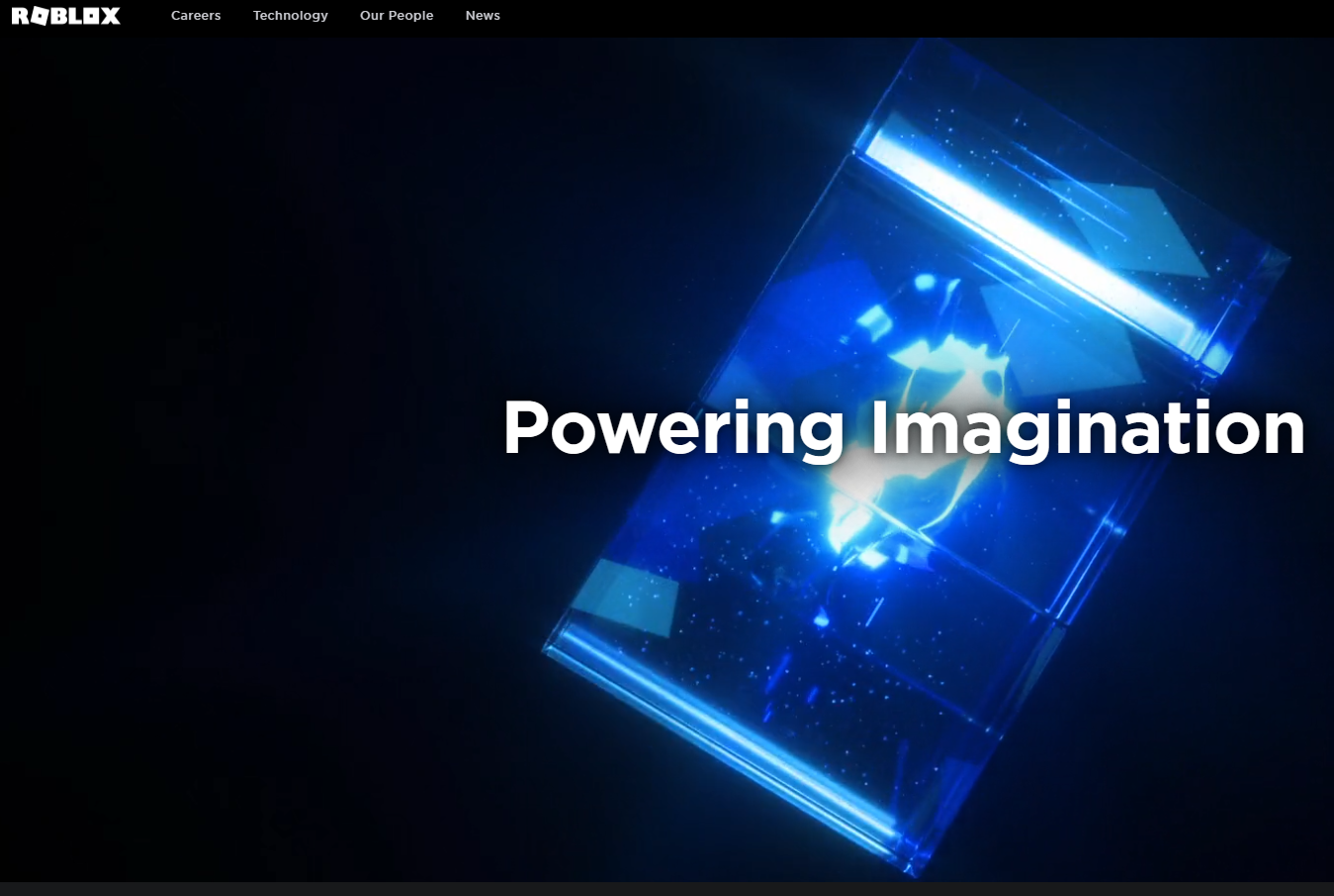 Instead of spending our time talking about ProtonVPN or IPVanish, we here at PinpointVPN have decided to tackle a slightly different subject related to internet security and privacy. We’re going to explore whether or not the hit video game Roblox is safe for your children to play.

Online gaming has completely revolutionized the way that both children and adults spend their time, but it can also be fraught with dangers, especially for kids. We’ll discuss some of the common risks that children encounter in Roblox and you’ll be able to use your judgment as a parent to decide if your child should be allowed to play the game.

Roblox is a game available on a wide range of platforms, ranging from consoles, to PC, to even mobile devices. The game has been a hit with younger children, but they aren’t the only ones playing it because of the sheer number of things that you can do in Roblox. This is because the game allows you to use your imagination when you play it.

The game essentially gives players a way to develop mini-video games of their own using the Roblox Studio. Your child doesn’t necessarily have to create games of their own when they play it, however. Instead, they can play games that have been created and uploaded by other community members.

Some examples of games on Roblox include racing games, superhero games, and even shooter games (typically targeted at a more mature audience like teenagers). The game is designed to be played by all ages, but children are often drawn to it because of the art style and how it’s pretty child-friendly by default.

Roblox has countless free games available that have been created by the community. However, the game also has a premium side, including microtransactions for its proprietary currency known as Robux. The game also features a subscription service called the Builders Club, which unlocks some additional features.

Is There an Age Rating for Roblox?

Roblox is a game that is mainly designed for children, but it’s hard to put an age rating on it because of the huge variety of games that can be created in it. If you activate the right parental controls, the game can be considered suitable for children of all ages. Yes, even the youngest ones.

What Should Parents Know About Roblox? 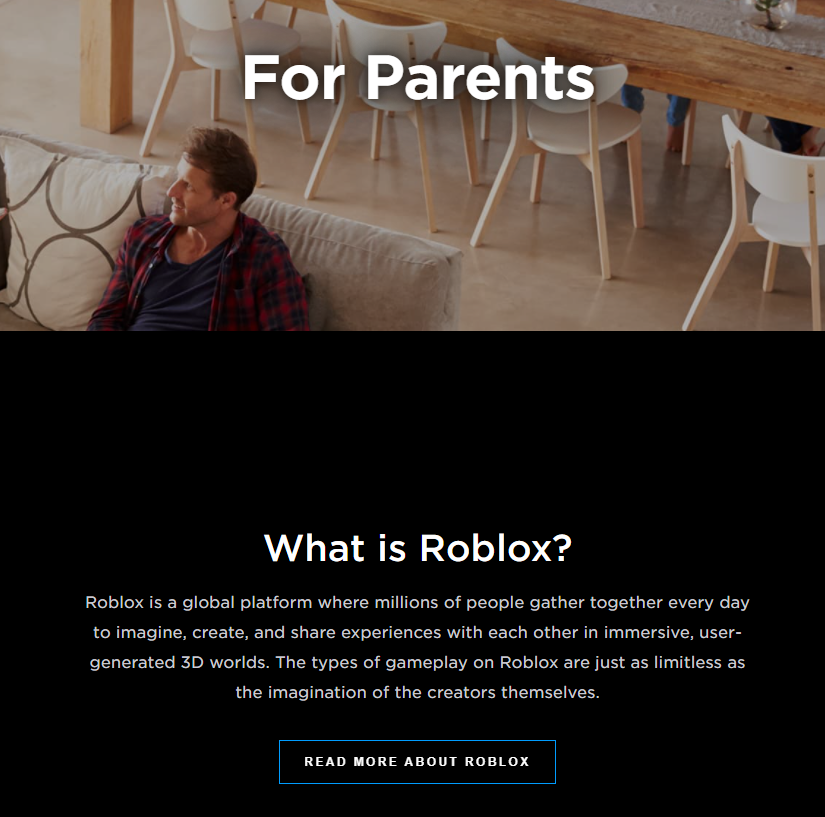 There are a few things that you should know about Roblox to determine if you’re going to be comfortable enough to let your child play the game. Keep in mind that the gravity of these risks will also depend on the age of your child. There’s a huge difference between letting a five-year-old and a ten-year-old play Roblox, but the game can be suitable for both.

Multiplayer games will always be a mixed bag for children not because of the inherent nature of the games themselves but because of some of the people your child will encounter on them. While it’s relatively rare to encounter people who try to groom children on online games, it does still happen.

However, Roblox also features relatively strict community moderation, as befits a children’s game. If there is any evidence that someone is actively trying to groom children in-game, then the moderators will take action to ban that player’s account and ensure that they can’t play again.

Keep in mind that the offender can create a new account to get around this ban if they are dedicated enough. There have been a few cases of Roblox in specific harboring child predators because of the game’s child-oriented nature, though these are usually disproportionately visible in the media due to their shock value.

Regardless, it is still a possibility that your child will run afoul of people who don’t have the best intentions. It’s important to talk to your children about this possibility if you intend to allow them to play the game’s public multiplayer and to interact with their fellow gamers.

What Are Condo Games?

Roblox condo games are inappropriate games that are created by community members, and these games are technically against the Roblox terms of service. Because of this, condo games are taken down at every opportunity, but that doesn’t mean that they’re impossible to find.

Since new condo games are being developed every day, your child may run afoul of one of these lobbies if they are invited by random players. It’s a good idea to inform your child not to accept random invites to games or invites from people that they don’t know because they won’t have any idea what kind of game they’re getting into. 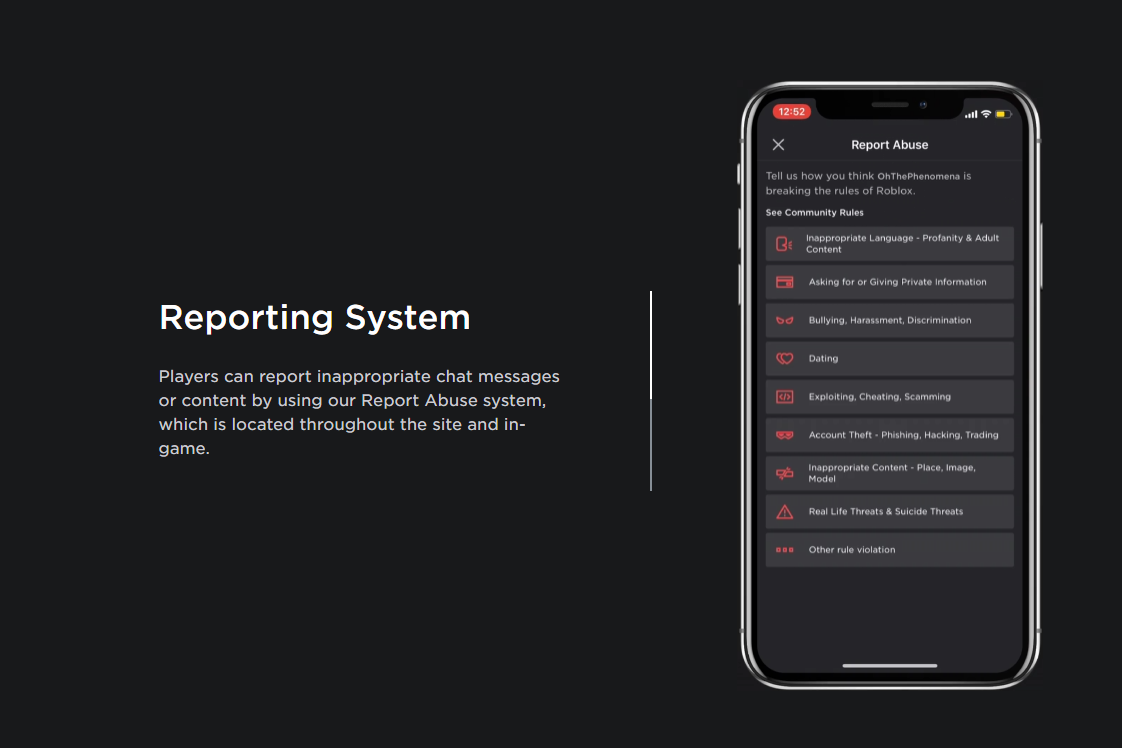 Roblox was made by the developers with an audience of children and teenagers in mind, and they are dedicated to ensuring that their game is a safe and fun experience for everyone. This is one of the developers’ core tenets and they put quite a bit more effort into making sure of this than other game developers.

There are several teams that work on ensuring that Roblox is a safe gaming experience and they work in multiple languages. This ensures that Roblox is safe for child gamers all around the world. These teams make use of actual human employees instead of relying on unreliable automated systems.

One of their main responsibilities is to keep an eye on the game’s chat using filters to ensure that people are not interacting with children inappropriately. This is one of the main reasons why child predators try to get children to interact with them on other platforms that are not in-game.

Roblox also bans interactions between two players on a one-on-one basis because of this, since that will make it easier for community members to report people who are acting out of line.

Ways to Ensure Your Child is Safe When Playing Roblox

What to Know About Roblox Parental Controls 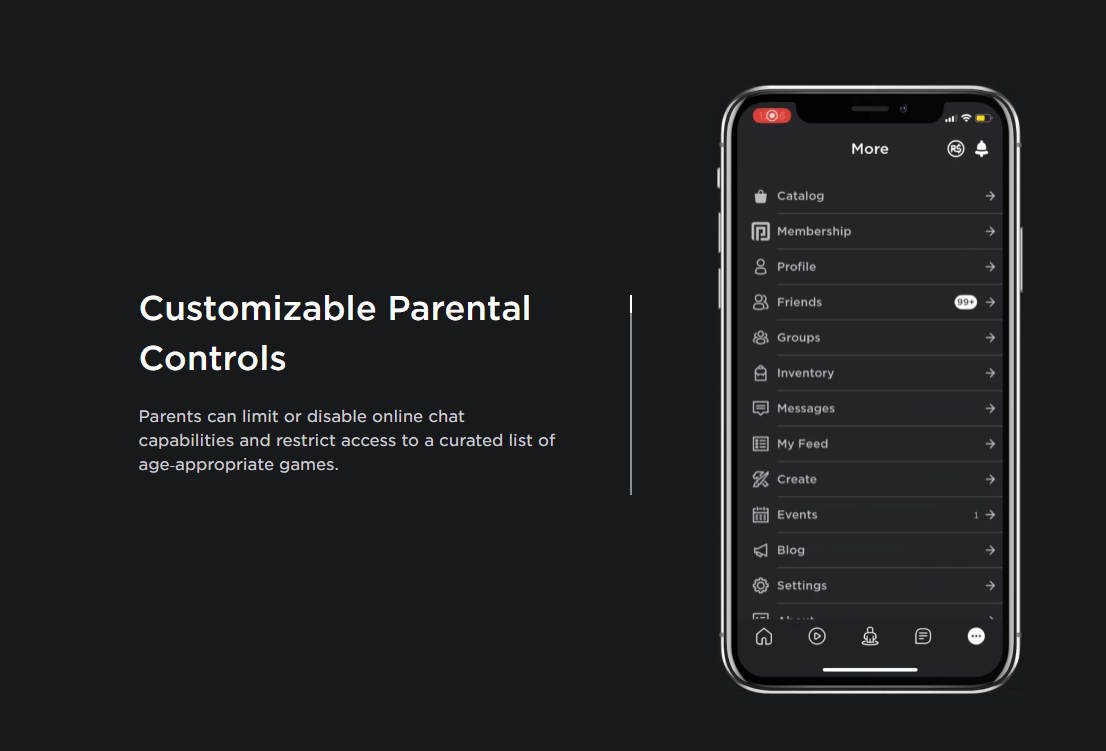 Roblox has parental controls that you can use to prevent your child from doing anything that makes you uncomfortable. Some controls allow you to disable messaging altogether for your child so that nobody can interact with them while other controls are a little less severe.

Other parental controls that you can adjust include disabling chat altogether or simply in-game. You can also disable out of game chat, which is a good idea if you want to limit your child’s interactions while still allowing them to cooperate with other people.

Keep in mind that parental controls may not be necessary if you intend to always be present when your child is playing Roblox. Whether you’re concerned for your child’s safety or you just like watching them play, leaving some of these settings disabled can make for a more fun gameplay experience for your child.

Encourage Your Children to Chat Safely

Allowing your child to use Roblox’s chat functions will allow them to have a more enjoyable time because they’ll be able to interact with their friends while they play the game. In fact, disabling chat may make some games impossible for them to play because they’re reliant on communication.

However, if you’re going to allow your child to chat while playing Roblox, be sure to talk to them about the dangers inherent in interacting with strangers, particularly ones that sound older. Also, tell your child that they should never discuss any of their personal info and never go to another platform to talk to someone.

Talk to Your Children

Discussing what your children should do if they come across someone who makes them uncomfortable is one of the most crucial steps involved in ensuring that they can play safely. Start by letting them know that some people may be the kind of people that they want to avoid.

Discuss some of the common things that predators will do when approaching them and warn them that they should report these people or let other games know that they should be reported. However, don’t encourage your child to abuse the report function just because they don’t like another player for competitive reasons.

Roblox can be a fun and creative game for any child with the imagination to make the most of it, but it still has many of the risks that you’ll find in any multiplayer game. We wouldn’t recommend banning your child outright from the game, but we would recommend using the parental controls that you’re comfortable with and talking to your child about the risks involved.