Is a VPN Worth It?

Is a VPN Worth It? 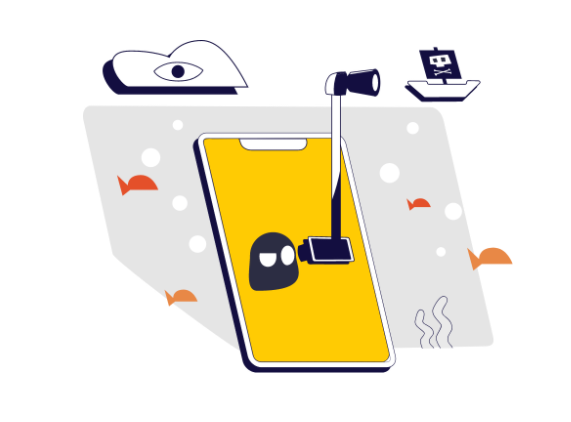 You may have noticed that we’re big fans of VPNs here at PinpointVPN, but if you’re still on the fence about whether or not you need one, then this article’s for you. We’re going to discuss some of the main advantages of using a VPN so you can determine whether or not it’s worth paying for a subscription to one.

Reasons Why a VPN is Worth It

There are countless reasons why subscribing to a VPN like Perfect Privacy or Cyberghost is a good idea, and we could be here all day discussing them. We’re going to focus on some of the most significant reasons why it’s worth subscribing to a premium VPN, including maintaining your privacy and being able to bypass geo-locks.

Perhaps one of the most notable advantages of using a VPN when you browse the internet every day is that you’re able to keep yourself private from advertisers. Most people using the internet are aware that advertisers are watching everything that they do on the internet, and they’re content to just ignore it.

However, this attempt at marketing is a huge invasion of every internet user’s privacy, and if you’re trying to take back what remains of your privacy, using a VPN is the best way to do so. It doesn’t take much effort to get a VPN up and running before you decide to start browsing the internet.

To ensure that you’re fully private on the internet moving forward, you’ll want to clean the cookies out of your browser since these tend to be used to track what you do. While this will reset some of your passwords and slow down loading times a little bit, this will only be temporary while your browser’s cache is rebuilt.

You’ll quickly start seeing the results of using a VPN and how advertisers are no longer able to use your information to target you with ads. Over time, you’ll stop seeing weirdly specific ads that are targeting you based on your recent searches. Keep in mind that you will still receive targeted ads on social media networks.

Keep Your Traffic From Getting Snooped on by Your ISP

Even if you’re not worried about advertisers keeping track of what you’re doing on the internet, you should be concerned about your ISP (Internet Service Provider). These companies do anything to squeeze money out of their customers because of their near-monopoly on the telecom network, so are they really the ones you want knowing about everything you do on the internet?

There’s no reason why these companies should have free access to what you’re doing on the internet, and in an ideal world, it would be downright illegal for them to invade your privacy like this. Unfortunately, lawmakers are slow to adapt and respect the privacy of internet users, so you have to take things into your own hands.

The encryption protocols used by most major VPN services mean that even your own ISP can’t see what you’re doing on the internet when your VPN is active. This ensures that you can browse the internet without them seeing your every move, so your actions will remain private.

If you just don’t like the idea of your ISP knowing everything about you through the internet, that’s enough of a reason to use a VPN. However, if you’re torrenting or watching movies and TV on free streaming sites, this will also ensure that your ISP stops sending you letters about breaching copyright.

When you use a VPN, you’ll also be able to access a range of content on streaming services that previously would have been inaccessible due to geo-locking. Geo-locked content is the bane of the online entertainment industry and it means that you’re essentially not getting the thing that you paid for.

For example, if you have a Netflix subscription in Canada, you have an entirely different selection of titles than you would in the United States. In the vast majority of cases, the Canadian catalog is better because there’s less competition from competing streaming services stealing Netflix’s business model.

If you hate how much worse Netflix has gotten due to greedy rights holders trying to start their own streaming services, then you can use a VPN to access content from all around the world. Keep in mind that many streaming services don’t take too kindly to this, so you’ll need to use relatively new servers to access them.

Servers that are too popular will eventually get blocked to protect the intellectual property of the people who own the rights to the entertainment that you’re trying to access. This is why you want to avoid using free VPNs that have a huge number of users that will get servers caught sooner.

Get Preferential Pricing on Online Stores

Online stores tend to have different price points for different regions. This is similar to how subscription services will charge you less in certain regions. This is because people make different amounts of money in different areas, so instead of these products and services being inaccessible to others, companies drop their prices.

Using a VPN will allow you to access foreign storefronts as if you were a local, and you’ll be able to benefit from these lower prices. Keep in mind that many companies are catching on to the fact that people are doing this, so many of them are checking your billing info as well.

If your billing info doesn’t match up with the country that you’re spoofing, then you may not be able to get better prices. However, if these storefronts allow you to use Paypal, you can get around having to put in a billing address for your credit card, which is often what is used to confirm which store you should have access to.

If you often use public networks like those in coffee shops, it’s a good idea to always have access to a VPN. Since these networks are public, other people can easily see what you’re doing on the internet and invade your privacy, but the encryption of a VPN will allow you to alleviate those worries.

For example, if you want to access your bank account on a public network, you may be hesitant to do so without a VPN. If you don’t, you take the risk of someone potentially taking your financial login information and stealing your identity or racking up false charges on one of your cards.

Another reason to use a VPN is if you’re often on public computers, such as at work or at school. If you’re trying to access every site available, you may want to install a VPN to get around internet filters that don’t want you visiting certain sites.

Keep in mind that you don’t necessarily need a nefarious motive to access certain sites since the filters on many public computers don’t make sense. Some sites are banned for no good reason, and you may need to access them to conduct research.