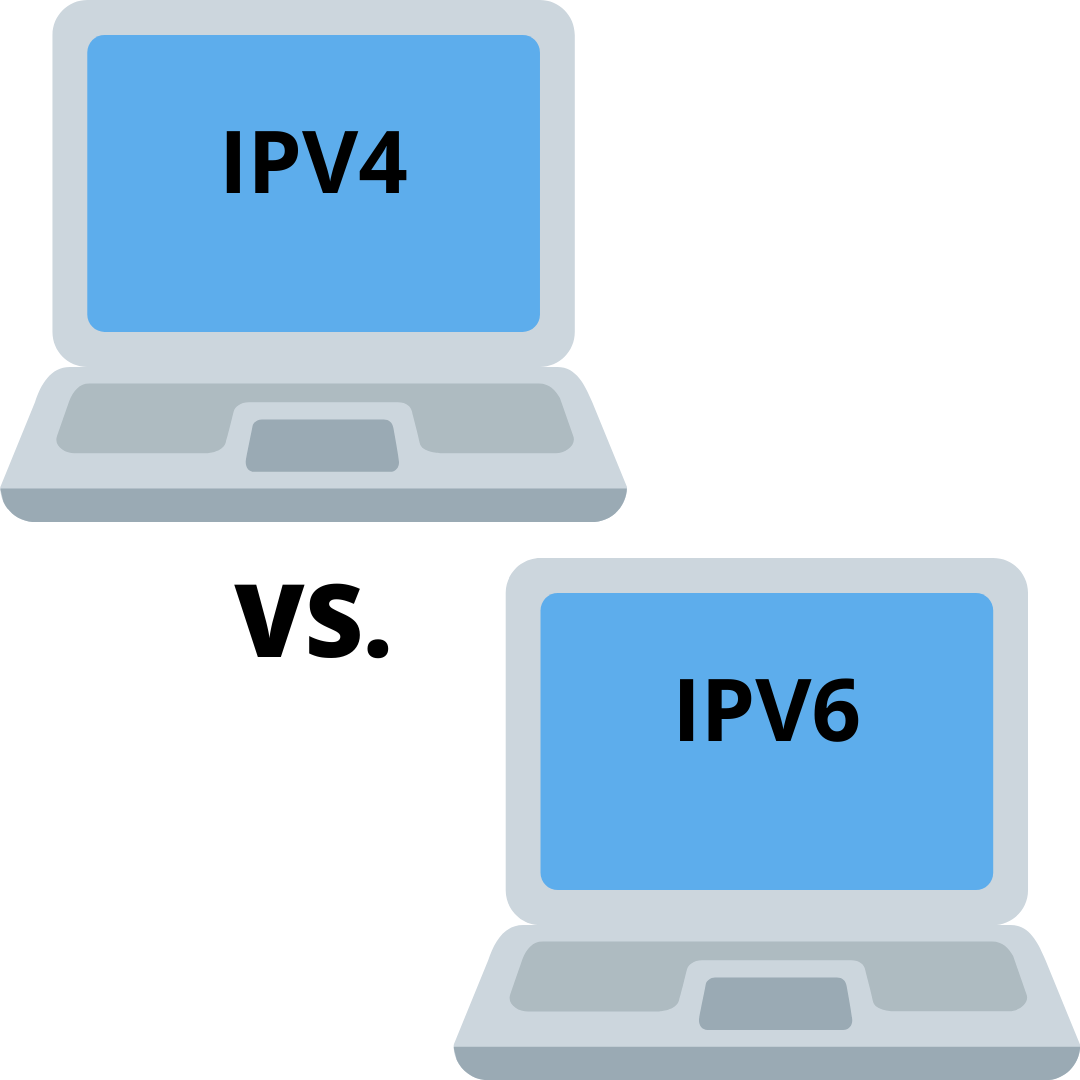 If you’ve ever tried to tamper with your device’s wireless settings or your router settings, then you may have seen the terms IPV4 and IPV6. An increasing number of modern devices feature compatibility for both IPV4 and IPV6 protocols.

Although the internet was founded on IPV4, IPV6 was created in the mid-1990s to solve some of the limitations of the original internet protocol. Despite the advancements offered by IPV6, though, IPV4 continues to be the dominant internet protocol used by most sites and servers on the web.

If you’re like most people who use the internet, then you probably have absolutely no idea what we’re talking about… Internet protocol is one of those rarely-discussed topics that you don’t often hear outside of talking to IP support or networking professionals. However, it’s literally the fabric that holds the entire internet together! Without internet protocol, the internet would never exist, in the first place.

If you’ve ever wanted to learn more about internet protocol and the difference between IPV4 and IPV6, then you’ve come to the right place! Below, we’ll give you a brief, easy-to-understand breakdown of both versions of internet protocol. Then, we’ll show you some of the differences between the two protocols and explain why IPV4 is still the most-used protocol on the web.

This is an important topic when it comes to choosing a VPN service as well, as most of the world’s VPN services are built for IPV4 compatibility, not IPV6. So, without further ado, let’s jump in!

What Is An Internet Protocol?

Alright, so first things first… What is an internet protocol?

Simply put, it’s a set of rules governing how data is transferred through the internet. When we say rules, we’re not referring to legal terms; instead, we’re referring to data-handling protocols. For instance, internet protocol determines what type of files internet data is stored into, how it’s received, opened, and transmitted by devices, and figures out whether a connection is healthy or not.

Around 90% of the global internet is governed and powered by IPV4. IPV4 stands for Internet Protocol Version 4. IPV4 was the first step to creating the global internet that we have today. At the time, it created a 32-bit internet protocol, which allowed for around 4.3 billion unique IP addresses.

Back in the 1980s, when IPV4 was first created, that was a lot. At that time, hardly anybody could afford a computer or a server, so it was more than enough for the internet to exist. Today, however, most people living in modern regions of the world have multiple devices, websites, etc., which all have their own unique IP addresses.

Simply put, the number of IP addresses allowed by IPV4 internet protocol is slowly running dry. This means that IPV4 is not a sustainable solution going forward into the next decade.

Despite this fact, though, IPV4 is still the dominant internet protocol. Most internet servers are built for IPV4 functionality, which means that most websites indexed on the internet are designed using IPV4 technology and compliance.

IPV6 is actually fairly old in its own right. It was created in the mid-1990s, around a decade after IPV4 was released and the modern internet was in its first stages of early growth. However, by the time that IPV6 was released, most of the world’s major servers were already running on IPV4, so the technology was sidelined until recently.

In a nutshell, IPV6 allows for exponentially more IP addresses. It allows for more seamless connections, and it doesn’t give preference to any one country. All in all, IPV6 is a far shot better than IPV4. However, its adoption has been incredibly slow thanks to the long-standing prominence of IPV4.

IPV4 vs. IPV6: What’s The Difference?

In the last paragraph, we hinted at some of the ways that IPV6 is a better and more efficient set of rules governing internet protocol. However, if you’re looking for a more complete breakdown of the IPV4 vs. IPV6, then you’ll want to keep reading on. 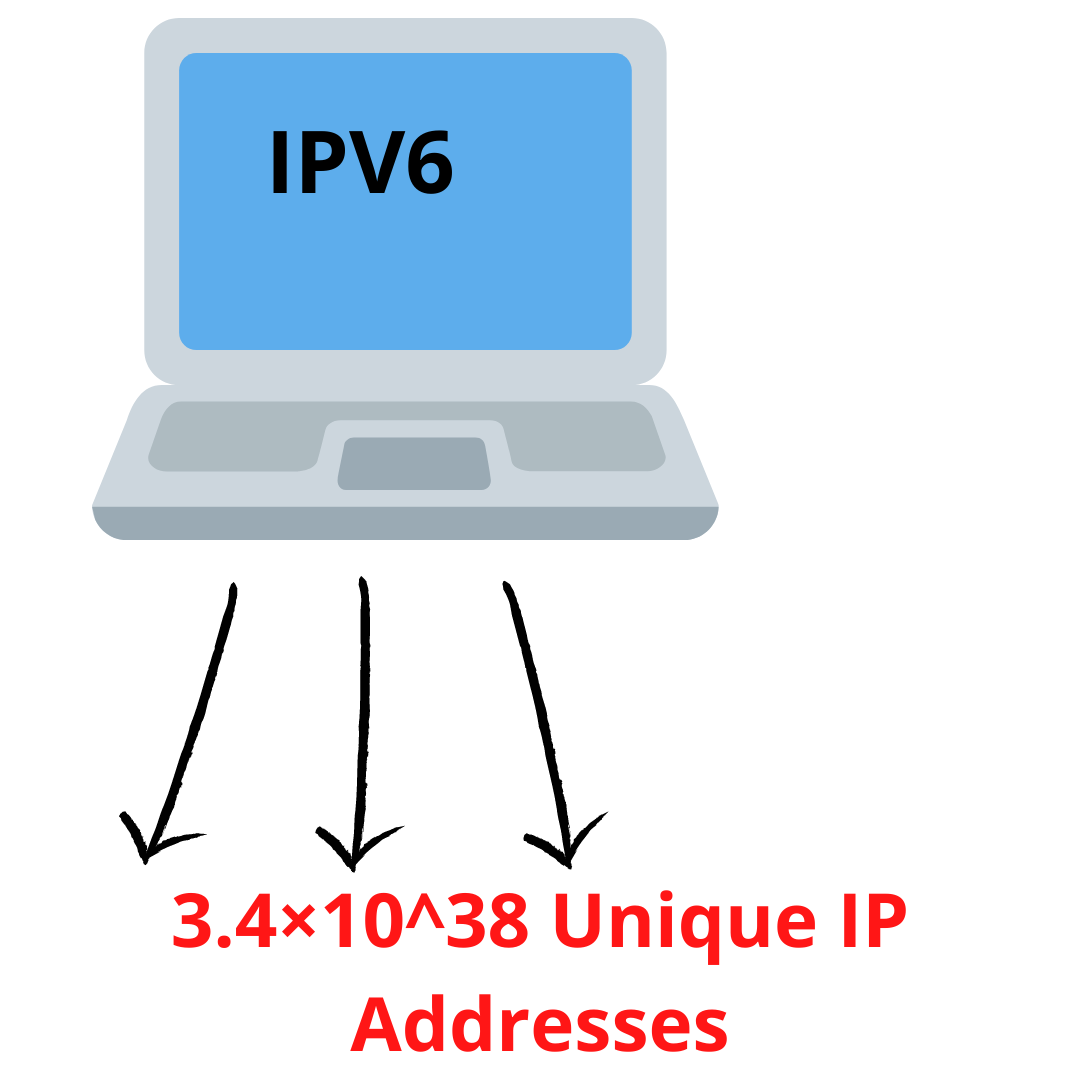 Possibly, the biggest and most important reason why IPV6 is going to see widespread use in the future is that it allows for so many more unique IP addresses. We’re in the golden age of computer technology and almost everybody has a smartphone, simple computer, or internet router. Even those living in developing nations have access to cheap, simple smartphones with internet connectivity.

What does all of this mean? Well, simply put, the 4.3 billion original IP addresses created by IPV4 have almost run out.

This is where IPV6 comes in. It allows for 3.4×10^38 unique IP addresses! We’ll let you do the math on that (because we don’t have a graphing calculator on-hand right now LOL). From our understanding, though, that’s enough unique IP addresses for everybody in the world to have millions of different devices.

This means that IPV6 is the sustainable internet protocol created that will take us forward into the future. Hypothetically, it’s possible that IPV6 could still be being used by your great-grandchildren.

However, it’s not very safe and hackers often use ICMP to transfer malware to devices. This is how certain websites are able to put viruses on your computer. Currently, the best way to keep your device safe from malware traveling via ICMP is to use a strong browser-oriented anti-malware program along with a high-quality VPN designed to encrypt your online data.

IPV6, on the other hand, utilizes a built-in program called IPsec (IP Security) to automatically scan data messages to ensure that malware isn’t being transferred between devices and servers.

Open For The Whole World

When IPV4 was first created, it was primarily designed for American use. This is because the internet was created as a tool for the military before it was ever implemented for global civilian usage. As such, when IPV4 was first created, it allocated a large majority of its 4.3 billion available IP addresses to the US government and major US-based corporations that wanted to take advantage of the early internet’s networking abilities.

Now that the majority of the world has access to the internet, this clearly isn’t fair. It excludes other countries from being able to access and host content on the internet in the long term.

Since IPV6 allows for so many IP addresses, there was no need to allocate any to a specific country. This means that IPV6 is not only more sustainable in the number of IP addresses it can host but it’s also more centered around global internet growth, not just US internet growth.

Is There A Difference In Speed?

Numerous speed tests have been run by the world’s leading computer scientists and data/networking specialists to determine the speed of IPV4 vs. IPV6. Although most people would think that IPV6 is faster, this is actually false.

According to most test results, IPV4 is incrementally faster than IPV6. Granted, the average internet user likely wouldn’t realize a difference, but it’s there all the same. The reason for this is that IPV6 features larger data packets, which allows for more efficient connectivity (but sacrifices a bit of speed in doing so).

Is IPV6 Compatible With VPN Services?

Unfortunately, most VPNs are designed to work with IPV4 protocol since most of the world’s websites run on IPV4. At this point, it doesn’t really make sense for VPNs to re-create their entire servers for IPV6 functionality until it’s absolutely necessary (due to the high costs).

What this means is that if you’re using a VPN and try to access a site running on IPV6, your VPN won’t understand the new protocol and will be disconnected. This, in turn, could result in your connection being compromised, allowing third parties to monitor your online activity and opening your device up to DNS attacks.

Although there aren’t any VPNs that handle IPV6 effectively yet, most VPNs come with an additional safety method that firewalls your connection if the VPN becomes disconnected. Some VPNs refer to it as a firewall, while others (such as NordVPN) refer to it as ‘DNS Leak Protection.’

Will The World Ever Switch Over To IPV6?

This is the question of the hour! Inevitably, yes; the world will eventually switch over to IPV6. As we’ve mentioned, it’s only a matter of time before IPV4’s original IP addresses are all taken and global internet users will have nowhere else to turn to.

That being said, you better believe that most data companies are going to drag their feet in this matter. This is because IPV6 doesn’t offer backward compatibility with IPV4. This means that networks and servers built on IPV4 would have to create completely new infrastructures built to run on IPV6.

At first, companies would have to run with both IPV4 and IPV6 to handle the overlap of remaining IPV4 devices and servers, which could be quite costly.

That being said, most modern computers, smartphones, and many modern routers come built with IPV6 functionality. So, as soon as websites start switching over to IPV6, most modern devices should have no problem accessing sites built using the updated internet protocol.