Some of us like football, some of us like soccer, and others like to keep up with basketball… And then there’s those of us who would far rather be watching somebody fly through the air after getting roundhouse kicked in the face (yep… we’re guilty as charged).

Each UFC match and tournament is going to be streamed in different places. Sometimes, UFC will give exclusive streaming rights to a larger TV Network, sometimes they’ll stream lower-level matches for free on ESPN, and other times they rely on a pay-per-view streaming model for larger headlining fights.

For the most part, those living in America can stream and watch UFC fights for little to no cost via a streaming service like Hulu or UFC Fight Pass. However, since the sport is largely American, those living in other countries may have difficulty accessing US-based streaming sites to watch the big fight.

Well… we’re here to tell you that there IS a way to stream UFC, no matter where you live! So, if you’re tired of censorship laws messing up your ability to watch your favorite sport, then we’re here to show you a proven workaround. All you need is a VPN like one of these!

Why Can’t You Stream UFC Everywhere?

UFC has quickly grown into one of the most-watched fighting sports in the world. Although mixed martial arts (MMA) was first popularized in the United States, the sport has since spread overseas and into Central and South America. That being said, the US-based UFC corporation hosts and owns the rights to most major MMA fights.

Whenever a big fight is coming up, various TV networks and streaming platforms try to purchase streaming rights from the UFC so that they can garner new users looking to watch the game. Hulu is one of the latest streaming platforms to work out a deal with the UFC to stream certain matches.

Now, once these streaming deals are signed, they’re generally exclusive (or limited to a few select streamers, at least). This means that many of the foreign streaming sights won’t be able to stream the match, leaving out global UFC fans.

It’s all thanks to the complications of copyright laws and media streaming rights. But, hey– that’s why we’re here, to help you go where they tell you not to go!

Now, as the title suggests, you can watch UFC fights for free! Various streaming sites pirate the streams and host them for free (or low-cost). Now, the thing is that most of these “free streaming sites” aren’t always legal. So, if you’re ethically opposed to pirating media, then this is probably an option you’ll want to stay away from. Skip to the next section to see the legal way of streaming UFC.

Here are some of the most popular UFC streaming sites on the internet (as of today, anyway):

These sites are typically supported by ads, which means that you’ll usually have to watch some ads throughout your streaming experience. Sometimes, you’ll just have to deal with a lot of banner ads and pop-ups.

Since these sites aren’t always the most legal, we recommend accessing them with a VPN. A virtual private network is a secured external server that re-routes all of your internet traffic and data. This can make it look like you’re accessing the internet from a foreign country (or a different region in your own country) and it gives you a more secure connection.

As you saw above, several of the free streaming sites we listed require users to use a VPN like Surfshark VPN to access it from different countries. For example, to access US-based Peacock TV, you need to access their site using a US-based VPN server.

The second reason why you should be using a VPN on these sites is that it makes you anonymous and secure. On one hand, since these sites have a rather grey legal status, you may not want your ISP (internet service provider) or government authorities tracking your activity. By using a VPN, you’ll be making yourself anonymous, so your viewing can’t be traced back to you.

Lastly, your VPN will ensure that your connection is secure. Unfortunately, some of these sites are regularly prowled by hackers looking for easy prey. If you’re accessing these sites with an unsecured internet connection, then you and the data on your computer could be compromised.

By using a VPN, your data will be secured by ultra-secure AES encryption, which is almost impossible to penetrate. This gives you an impenetrable layer of security while browsing questionable sites. Just remember, don’t download any files that you don’t trust (even if you do have a VPN active).

If you’re concerned about streaming quality and internet security, then your best bet may be to go about this the legal way and stream the UFC fight through a licensed streaming partner. This will allow you to stream the fight by paying a small pay-per-view fee. You may even be able to stream the fight for free if it’s included in your monthly subscription!

Here are some of the most popular streaming services to watch the UFC on:

If you’re looking for the most comprehensive, then UFC Fight Pass will give you the most flexibility. Plus you can sign up and stream matches from the US, Canada, Italy, Spain, Germany, the UK, and even Australia!

How To Watch UFC On Live Stream With A VPN

Thankfully, we can use a high-quality VPN to get around these “geo-blocks.” So, here’s how to watch UFC on live stream with a VPN server, no matter where in the world you are!

1. Download A Secure VPN With An Obfuscated Server: First, you’ll want to download a high-quality VPN, preferably one that offers obfuscated servers. Obfuscated servers are VPN servers that use algorithms to disguise the fact that they’re VPN servers. This is important because many streaming services (like Hulu and UFC Fight Pass, for instance) are designed to block VPN traffic altogether.

2. Activate It And Select A VPN In The United States: Next, you’ll need to activate your VPN and select a server that’s in the United States (or one of the countries where the streaming service is available). 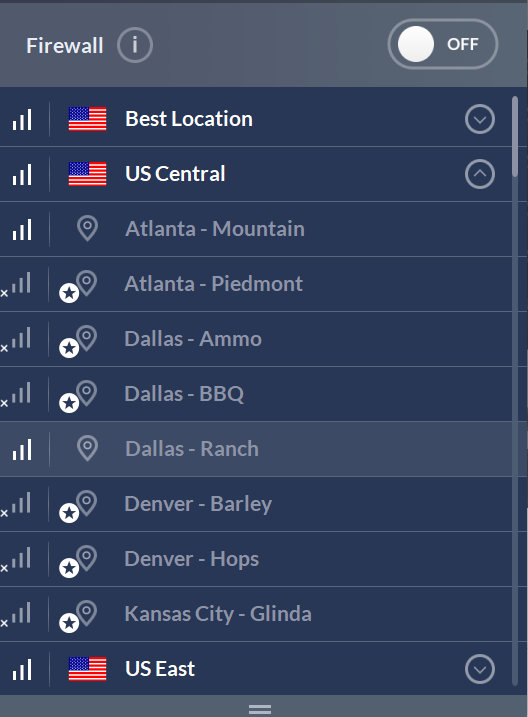 3. Open Your Browser and Sign Up For A Streaming Service: Once you’re connected to the VPN server, you’ll be able to sign up for UFC Fight Pass or one of the other US-based paid streaming services. Create an account, verify your email, and you should be good to go! As long as you’re on an obfuscated server, your VPN use shouldn’t be detected and you’ll be 100% anonymous.

4. Keep Your VPN Connected As You Watch: Make sure that you keep your VPN on for the duration of using the streaming platform. If the site detects your VPN changing as you’re accessing the site, then they could ban your account, or stop the streaming halfway through the match.

Is It Legal To Use A VPN On Paid Streaming Services?

In most Western countries, using a VPN is perfectly legal and you won’t have to worry about any legal repercussions. However, if you live in more restrictive nations where VPNs are banned (such as China or Russia, for example), then you may face different consequences. So, that being said, if you live in one of these more restrictive countries, use a VPN at your own risk (and make sure that you’re using an obfuscated server).

A VPN is an internet security must-have. Not only will it give you more freedom to access foreign sites and stream your favorite UFC matches, movies, and shows but it will also make your browsing more secure. Hackers, ISP providers, and government agencies won’t be able to track your online activities, and you’ll be able to browse with complete confidence in your anonymity!