How to Watch Brooklyn Nine-Nine on Netflix 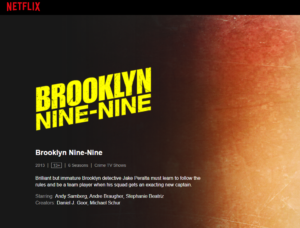 Over the course of this short instructional article, we’re going to take a look at the steps you need to follow so that you can watch Brooklyn Nine-Nine on Netflix. However, before we get into the step-by-step guide, let’s start with a short introduction.

How Do I Watch Brooklyn Nine-Nine on Netflix?

Brooklyn Nine-Nine is available from only certain Netflix regions, meaning that you’ll more than likely have to use a VPN to access the show unless you’re lucky enough to live in one of the few places where Netflix still streams it.

Some of the places where you’ll find Brooklyn Nine-Nine available on Netflix include Japan, Canada, and the United Kingdom. If you’re trying to access the show from the United States, then you’ll most likely get the best connectivity from Canada.

Here’s how you can watch Brooklyn Nine-Nine on Netflix using a VPN:

How to Watch Brooklyn Nine-Nine on Netflix with a VPN

A VPN will allow you to spoof your location and trick Netflix into thinking that you’re in one of the places where Brooklyn Nine-Nine is still available over their service. Since Netflix has different licensing agreements in certain areas, some shows that are still available in places like Canada may be unavailable in the USA.

1 – Start by signing up for your VPN of choice, which is ExpressVPN in our case.

2 – If you don’t already have a Netflix account, sign up for one and enter your payment information.

3 – Download the ExpressVPN application and enter your login info.

4 – Select a Canadian, UK, or Japanese server on your VPN so that you’ll be able to access Netflix as if you were in one of those countries. 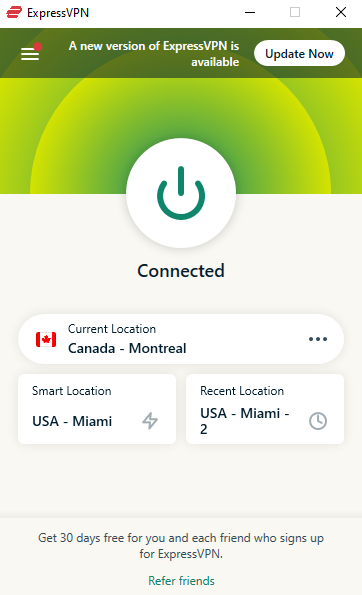 What Other Streaming Services is Brooklyn Nine-Nine Available On?

We over here at PinpointVPN have gotten a little tired of the constantly shrinking Netflix catalog and the need to swap regions for quality content. If you don’t want to enjoy Andy Samberg’s comedic antics on Netflix, then there are other streaming services that feature the show, as well.

For example, you can watch all eight seasons of Brooklyn Nine-Nine on Hulu, though keep in mind that Hulu is only available in the United States. If you’re already in the US and you have to use a VPN to watch this show on Netflix, then it may be worth a Hulu subscription to keep up with the latest episodes.

However, if you’re outside of the USA, you can also use a VPN like ZenMate to access Hulu and its entire repertoire of entertainment.

Yet another US-exclusive streaming service that allows you to watch all of Brooklyn Nine-Nine is Peacock, which is also accessible through a VPN if you’re located outside of the US.

Can I Watch Brooklyn Nine-Nine on Netflix for Free?

Unfortunately, you’ll likely have to pay some kind of subscription fee so that you can watch Brooklyn Nine-Nine on Neflix, especially if you don’t live in one of the countries that has the show available in its library. First off, you’ll need to pay for a Netflix subscription so that you can access the service in the first place.

However, aside from that, can you avoid paying to watch Brooklyn Nine-Nine? Many viewers wonder whether they’ll be able to use a free VPN to watch their favorite cop comedy, and the sad truth is that it’s pretty unlikely. While there are some free VPNs that work with Netflix, they tend to have a few glaring issues.

The main problem with accessing Netflix with a free VPN is that free VPNs are a lot more likely to get discovered and banned by Netflix. Netflix doesn’t allow people to bypass geo-restrictions with VPNs if they can help it because that might end up getting them in trouble with the rights holders of specific shows or movies.

To combat VPN usage, Netflix blacklists any IP addresses that they associated with VPN servers that are used by a lot of people. Free VPNs are usually the main targets of this blacklisting because they have far more users than premium VPNs, and this makes it a lot easier for Netflix to catch on to the fact that these servers are, in fact, VPNs.

Another issue is that free VPNs don’t rotate their server IP addresses as frequently as premium ones because this would increase their maintenance fees, and many of them are already operating on a shostring budget. In fact, many VPNs only rotate the addresses for their premium servers.

Finally, the last thing to consider when you’re using a free VPN to watch Brooklyn Nine-Nine on Netflix is your privacy. Free VPNs tend to keep logs about what their users do when they’re using their VPNs, and they may even sell these logs to marketing firms that will use that info to target you with ads on the internet.

Paid VPNs rarely keep logs and will ensure that your privacy is respected while you’re watching Brooklyn Nine-Nine through your VPN.

Which Seasons of Brooklyn Nine-Nine Are On Netflix?

Keep in mind that Netflix only has the licensing for seven seasons of Brooklyn Nine-Nine, even in places like Canada or Japan. If you want to see the eighth season on Brooklyn Nine-Nine, then you’ll have to bite the bullet (not Sgt. Peralta’s, mind you) and pay for a Hulu subscription.

Another thing to consider is that many countries only have six seasons of Brooklyn Nine-Nine available on Netflix. If you want to watch up to season seven, then you’ll need to make sure that your VPN is set to either Canada or Australia, since these are the only two countries in which Netflix’s licensing allows them to show the seventh season.