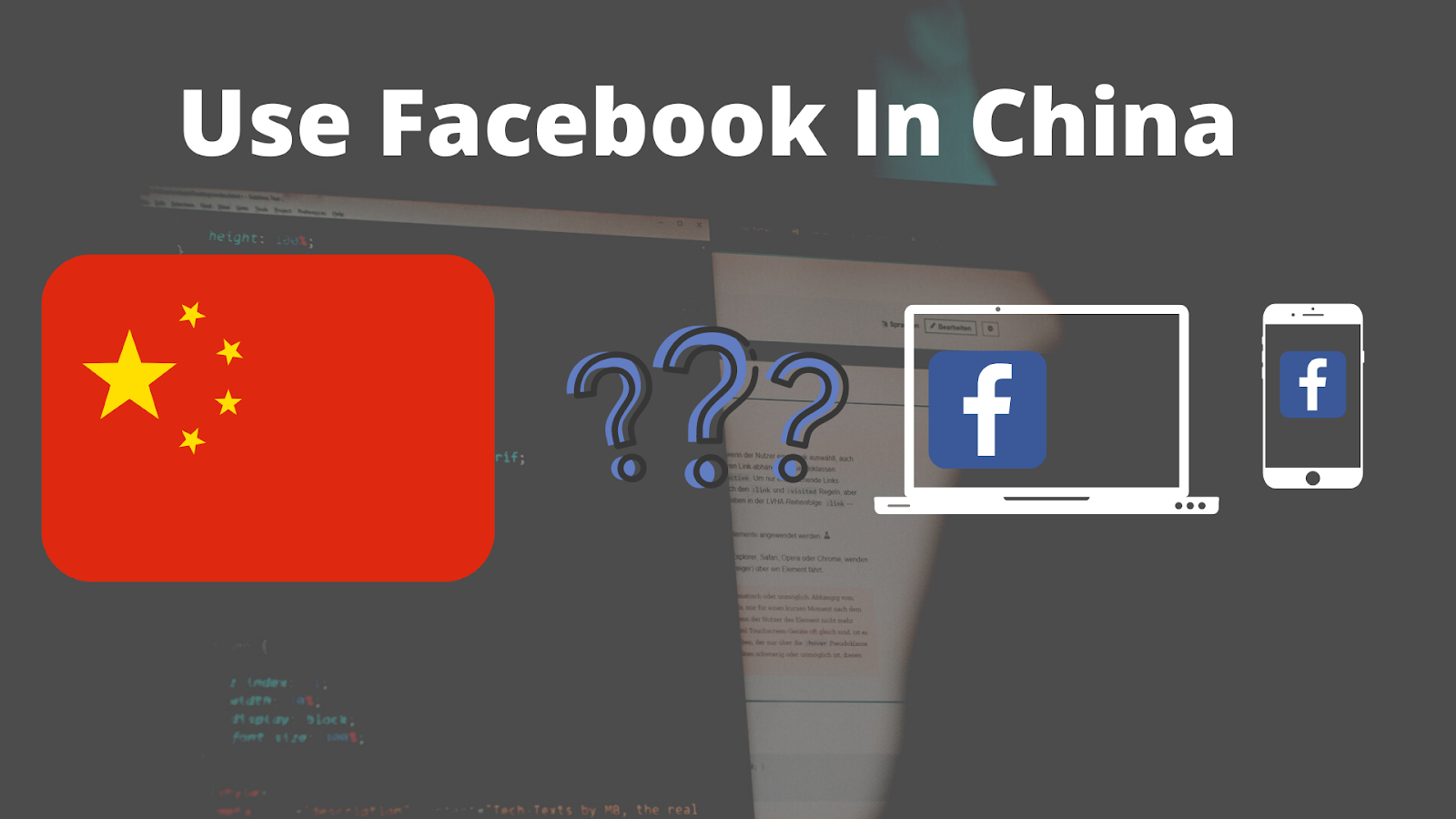 Those of us living in the United States and other modern countries often take the internet for granted. Not only are there parts of the world where the internet is completely unavailable, there are also parts of the world where websites and popular web-based apps are banned. This means that the site, app, or platform can’t be accessed at all, even with the strongest internet connection.

Despite China’s adoption of modern technology and the internet, the country is still governed by a totalitarian regime, which means that the government calls all of the shots and controls what sites and apps its citizens can access. This is known as “The Great Firewall.”

That is unless they’re using unconventional methods…

That’s right – there is a way to use Facebook in China by using a VPN service to mask your device’s IP address and make it appear as if you’re located in a foreign country!

In today’s post, we’re going to show you how to use Facebook in China, explain why it’s banned, and whether or not there are any consequences if you’re caught using Facebook or a VPN in China.

China’s “Great Firewall” has pretty much been intact since the dawn of the internet. As you may have learned in your history class, China has had a history of being an oppressive totalitarian regime. Unfortunately, this style of government is only made possible by restricting the information and networking abilities that its citizens are able to access.

Facebook is currently the world’s largest social media platform with well over 4 billion users (that’s nearly half of the world’s population. If you were a totalitarian leader trying to prevent your citizens from networking with the global population and accessing global information, wouldn’t you ban Facebook in your country?

This, among various other political reasons, is the main reason why Facebook is banned in China.

These platforms are all very similar to American social media sites like Facebook and Instagram. They’re just monitored by the Chinese government, so they can censor information and ensure their citizens aren’t promoting dissent or spreading anti-government propaganda.

So, whether you’re a native Chinese resident or you’re temporarily living in China and want to access your Facebook account, we’re here to tell you that it’s possible. Here’s how to use Facebook in China and get around the “Great Firewall.”

1. Download A High-Quality VPN With An Obfuscated Server: First, you’ll need to download a high-quality VPN server. This can often be difficult if you’re located in China since the Chinese government has removed popular VPNs from app stores. If you’re looking for a list of VPNs that work in China, check out this guide.

It’s also a good idea to look for a VPN that has an obfuscated server. These VPNs come with a special algorithm-driven program that “hides” the fact that you’re using a VPN. This will prevent you from being scrutinized by the Chinese government-run internet service providers.

2. Clear All Browser History, Cache, and Cookies: Even with a high-quality VPN active on your device, your browser’s cookies and cache can still give your location away. These can interfere with your VPN’s ability to mask your location and may allow websites to continue tracking you.

So, before activating your VPN, you’ll need to clear all of your browser history, cache, and cookie database. This can be done by accessing your browser’s privacy and security settings and opting to “delete all cookies, cache, and history.” This is how it looks in the Chrome browser, for example: 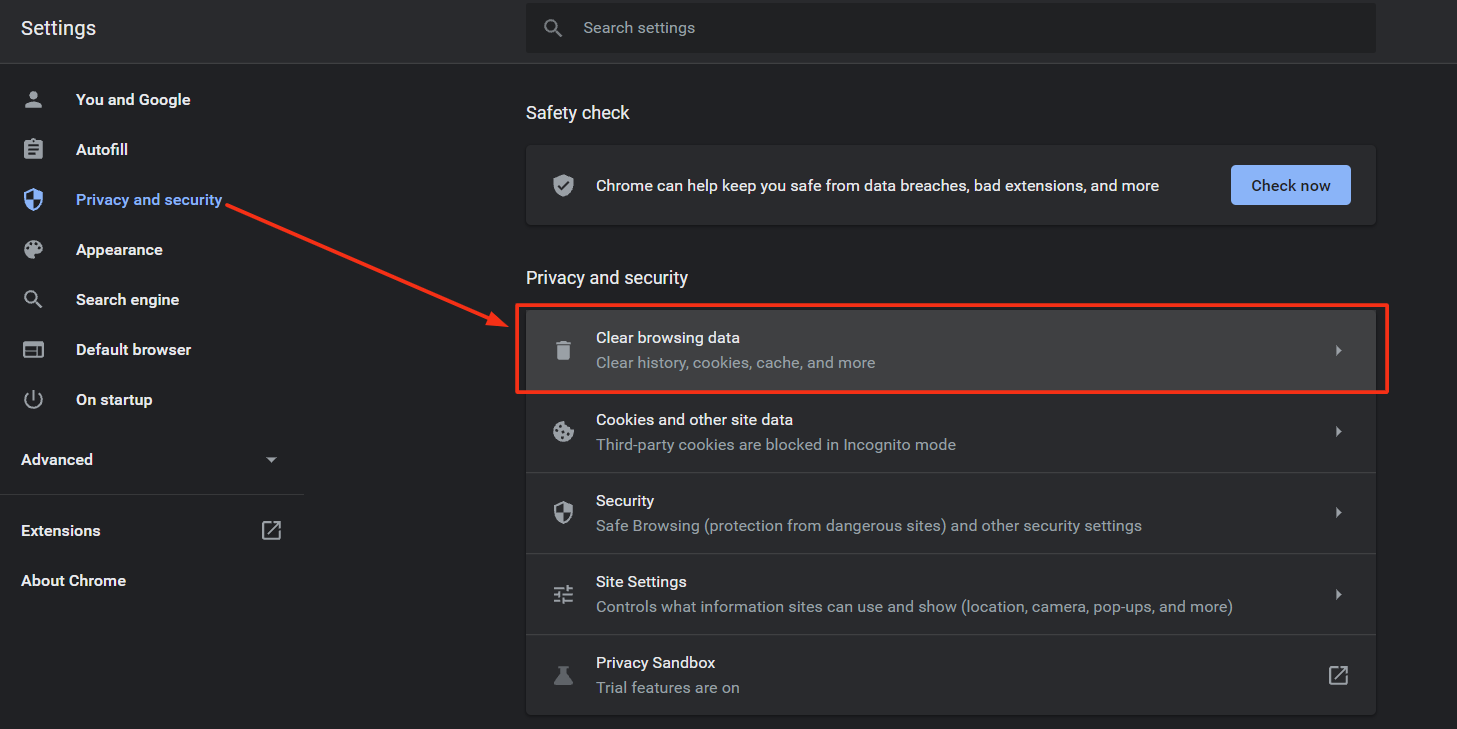 3. Disable Your Device’s GPS Location: Some websites and search engines are able to track your location by your device’s GPS location, even if you’re using a VPN and have deleted your browser’s tracking cookies.

To ensure that your VPN is able to work to the best of its ability, you’ll also want to disable your device’s GPS location functionality. This can usually be accomplished by visiting your device’s privacy or location settings: 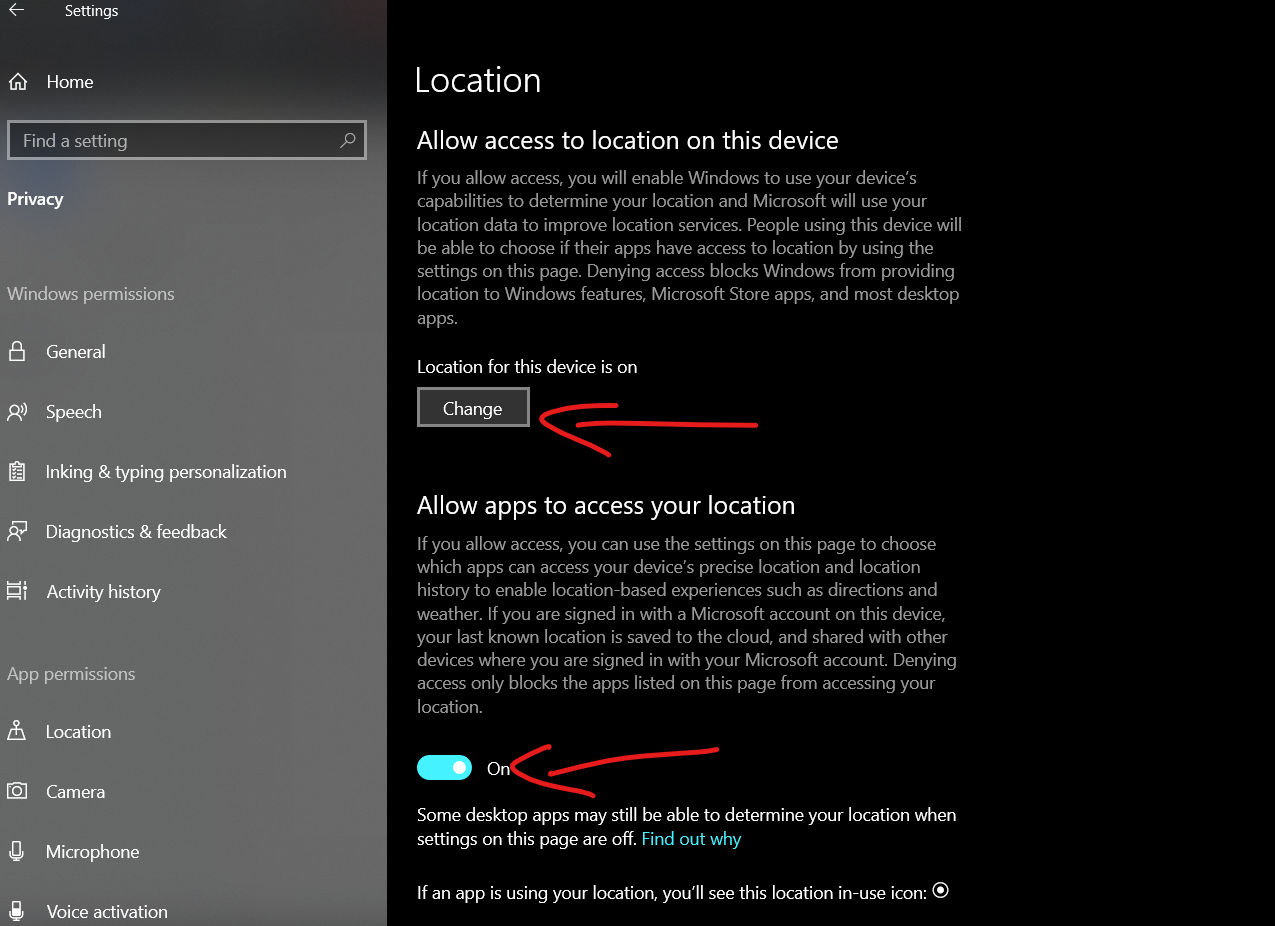 4. Activate Your VPN Service and Look For A US-Based Server: After preparing your device and browser by using steps 1-3, it’s time to turn on your VPN service for the first time and start using it.

Boot up your VPN, subscribe to a service (you may need to pay with cryptocurrency to ensure total anonymity), and connect to a VPN server that’s located in the United States or another country where Facebook is not banned (every country except North Korea, Iran, and Syria).

5. Activate Your Obfuscated Browser Mode: If your VPN offers an obfuscated server or an “incognito mode,” make sure that it’s active. This will prevent your ISP (internet service provider) from seeing that you’re using a VPN at all. This ensures that no red flags are raised and that you don’t become a target for investigation.

6. Access Facebook Through An Incognito Browser or Tor: To ensure that no cookies are stored on your browser as you’re browsing the internet with your VPN, we recommend activating your browser’s incognito mode or using the Tor browser (which actively blocks all cookies).

Do I Need A VPN With A Dedicated IP Address To Use Facebook In China?

If you’ve followed all of the above steps and your VPN still isn’t allowing you to access Facebook, then it may be because the VPN server’s IP address has been banned by Chinese firewalls. In this case, you may need to pay extra to subscribe to a VPN service that offers dedicated IP addresses.

A dedicated IP address will not be public, and therefore will not be blocked by Chinese censorship programs and firewalls.

If you want to use Facebook in China, then downloading a reliable VPN service is, by far, the best way to network with the rest of the world. Legally speaking, there are no consequences that you’ll face by using a VPN or accessing Facebook in China. However, you may find that it’s hard to download the Facebook app itself. So, you’ll need to access Facebook from a secure browser instead.

Once your VPN is active, you’ll be able to access pretty much any other site on the internet that may have been previously blocked by the Chinese firewall. This makes it an essential service to sign up for if you want to prevent internet censorship and ensure that you have all of the facts.