How To Stop Data Throttling From Your ISP & Mobile Provider

How To Stop Data Throttling From Your ISP & Mobile Provider 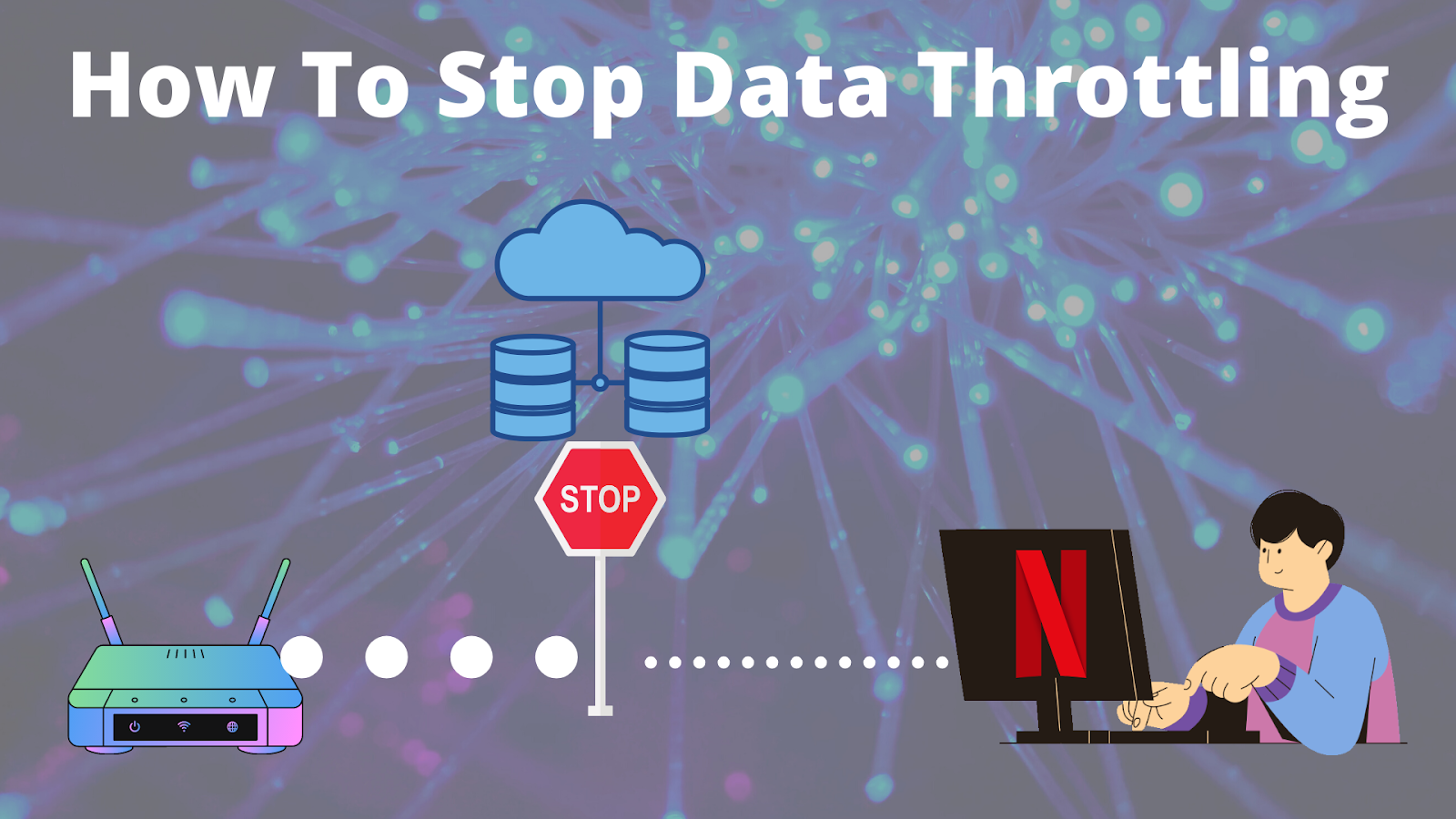 Well, the good news is that you can get around data throttling relatively quick and easy by using a fast, reliable VPN service like the ones we’ve reviewed at Pinpoint VPN. Below, we’ll explain a bit more about how data throttling works, why service providers practice it, and a step-by-step guide on how to stop data throttling on your wi-fi or mobile data connection.

How Does Data Throttling Work?

Almost everybody in the country has experienced data throttling in one form or another. You know the feeling… you come home from a long day of work, hoping to catch up on your favorite Netflix show. The only problem is that the internet keeps glitching, lagging, and causing your TV show to buffer so badly that you can’t even enjoy it.

This is the result of data throttling.

As the name implies, your data is purposefully throttled (slowed down) by your service provider. It could be your on your home internet connection, at a public wi-fi cafe, or even while you’re using your supposedly “unlimited” data plan on your phone.

Let’s just say that you purchased a home internet plan that promises you speeds of 100mbps (that’s 100 megabytes per second). The average 45-minute episode of Netflix is around 800mb or so. So, it makes sense that your entire Netflix episode should be completely downloaded in less than 10 seconds, right?
Well, think again.

That 100mbps plan that you’re paying for is really being throttled and slowed down by your internet service provider to prevent you from over-using data.

ISPs can selectively throttle your data connection, depending on what apps and websites you’re visiting. For example, your data may not be throttled if you’re just browsing the web or Googling some questions. However, the second that your ISP detects you opening up Netflix or other data-heavy streaming apps, they may automatically begin slowing down your data connection.

This, in turn, causes your streaming shows and movies to load slower, and may slow down the internet of everybody in the house, preventing some people from being able to stream anything at all.

Why Do ISPs and Mobile Providers Slow Down Your Data

Data throttling allows service providers to go longer intervals without updating their outdated cables and allows them to charge you for far more data than you’re actually getting.

The financial aspect of data throttling is the more malicious aspect, by far. Many service providers knowingly sell you plans that are far higher than you need just because they plan on throttling your data to get you to agree to sign up for more expensive plans.

However, there is also a more practical reason why most service providers throttle your data to one extent or another. Data is throttled far more on older cable lines than it is on the newer fiber-optic cable lines due to the fact that older lines aren’t able to provide as much data to as many people.

So, to ensure that everybody in the neighborhood is able to connect to the internet and that the people farther down the line don’t get the short end of the stick, the ISP throttles everybody’s data on the line. This is an unethical (yet effective) method of putting off cable line upgrades on their end. 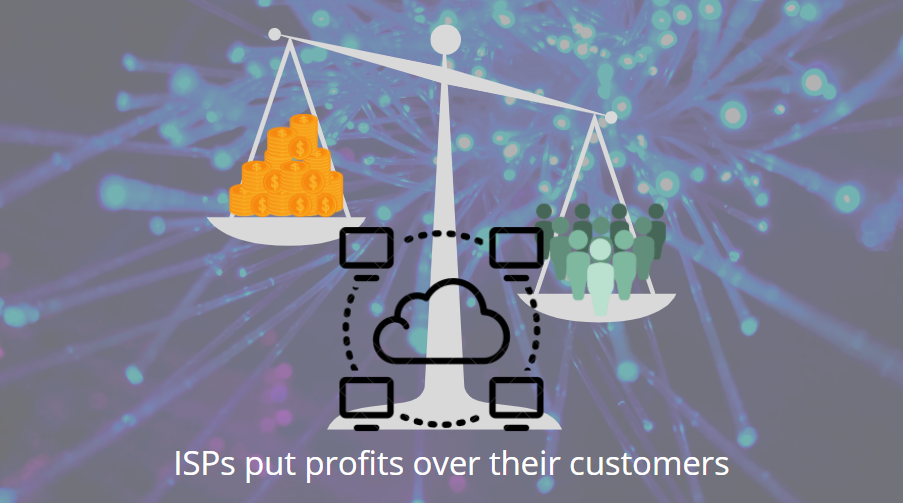 How To Stop Data Throttling From Your ISP

If you’re sick of getting robbed and having your data throttled, there’s a simple solution that you can use to start taking full advantage of your plan and getting all of the data that you pay for. When you connect your device to a VPN (virtual private network), your internet connection is masked and your ISP can’t tell what sites you’re visiting or what apps you’re using.

Since data throttling is activated depending on the app or website that your device is using, this effectively prevents data throttling. Your ISP won’t be able to see what services you’re using, so they’ll never know when to throttle your connection, in the first place.
Pretty crafty, right?

Here’s a step-by-step guide on how to stop data throttling by using a VPN service.

1. Download a Reliable VPN Service On Your Home Device: First, you’ll want to find a high-quality VPN server that’s designed to handle higher speeds. Any of the ones on this list will do.

Once you sign up for the service, you can download the VPN application onto your computer, enter your verification code/login credentials, and you’ll be able to mask your IP address and hide the sites and apps you’re using from your ISP

There are a couple of ways you can do this…

Another option is to download a VPN service on your home internet router. However, this process can be long, tedious, and won’t allow you to take full advantage of your VPN’s other more advanced features.

The final option is to download a VPN app on your smart TV itself. Depending on how modern your TV is and whether or not it has access to an app store, you should be able to download popular VPN apps directly onto your TV, allowing you to connect them to their own VPN server.

3. Boot Your VPN Service and Select A Nearby Server: Once you’ve got signed up for a good VPN service and you have the app downloaded on your device or smart TV, boot up the application and connect to the closest server to your area.

The reason why we say connect to a nearby server is that it will result in faster streaming speeds. If your internet connection has to be re-routed through a server halfway around the world, then it may slow down your streaming speeds and reduce video quality.

By connecting to a local, nearby VPN server, you’ll still be able to hide your internet traffic from your ISP while maintaining relatively quick upload and download speeds. 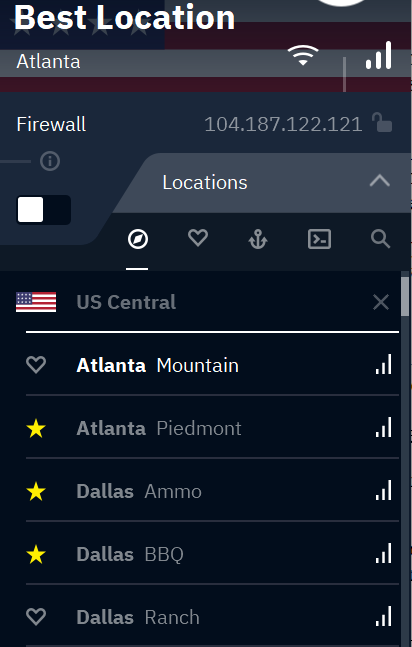 4. Enjoy Your Unthrottled Data: Now that your VPN is all set up on your home computer, you should be able to use all of your data without any throttling or restrictions.

How To Stop Data Throttling From Your Mobile Service Provider

The process to stop data throttling from your mobile service provider is pretty much the same as the steps outlined above. Here’s how to stop mobile data throttling.

1. Download a VPN For Mobile Devices: Most reputable VPN services offer apps that can be easily downloaded from the Google Play Store or the Apple App Store. Here’s a list of Android-compatible VPNs and here is a list of iOS-compatible VPNs.

2. Connect To a Nearby VPN Server and Get Your Data Back: Once you’ve downloaded the VPN app on your phone, sign up for a new plan or connect to an existing plan if you already have one. Now, connect to a nearby server to hide your data from your mobile data provider and remove throttling limitations.

If you’re like most people who find out about data throttling for the first time, then you’re probably thinking, “How is data throttling NOT illegal? Isn’t this the company directly ripping me off?”

If so, you’re not the only one. In fact, at one point or another, almost every major internet service provider and mobile data provider has been sued by a disgruntled customer who learned that their data was being throttled.

As it stands, data throttling isn’t technically illegal. Big data companies get away with it because everybody else does it; so, you can’t stop data throttling by simply switching companies. Additionally, many data companies have fine print in their lengthy contracts that states that they’re allowed to throttle data whenever they please.

So, even if you were to sue them, there’s little chance that anything would change.

All of that being said, the Free Trade Commission has stated that undisclosed data throttling (i.e., when customers are supposedly paying for “unlimited high-speed data” plans) may be deemed illegal in the coming years. So, at least there’s some good news on the horizon.

While we can hope and wait for reform and regulation of data throttling, this could easily take some time. Until then, the best solution to stop data throttling is to use a good VPN service designed to hide your internet traffic from your service provider.