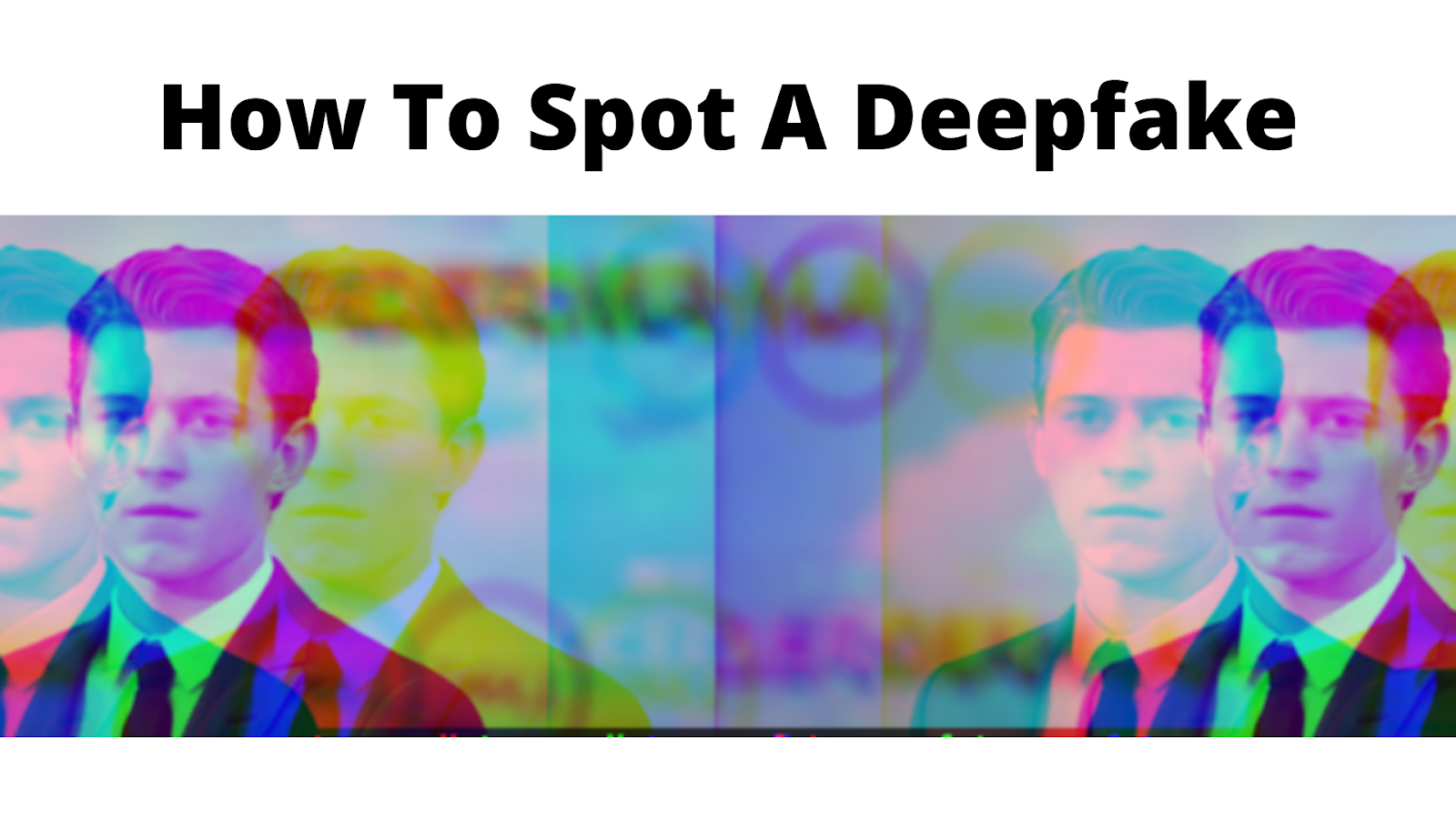 If you’ve ever watched a video of former President Obama swearing on camera or Facebook/Meta CEO Mark Zuckerberg boasting about how he controls billions of people’s data, then you’ve seen a deepfake. Deepfakes are videos or images that are rendered using AI and computer graphics designed to simulate real-world people doing or saying things that they didn’t actually do in real life.

This can be very problematic as deepfakes have the ability to completely ruin a person’s reputation. Deepfake videos often go viral and are seen by hundreds of millions of people before any light is shed on the manner. With the internet, content spreads faster than ever, and when it’s misinformation, deepfakes can have some very serious consequences.

So, that being said, we’ll be taking a break from our usual VPN reviews, showing you how to stream Netflix in other countries, and how to stay safe online using VPNs to show you how to spot a deepfake, so you aren’t tricked by them. We’ll also explain how they’re made and, more importantly, why they’re made. Check it out!

What Exactly Are Deepfake Videos?

If you’ve had the opportunity to play some of today’s top-rated video games or use Snapchat’s AI-generated facial filters, then you’re probably aware of just how realistic facial rendering software can be. In some cases, real-life faces can be completely recreated with software. Just check out how realistic the latest Far Cry game rendered Giancarlo Esposito’s face for his role as an evil dictator!

Knowing how to spot deepfake videos is key if you want to stay informed and limit your exposure to fake news and misinformation. While deepfakes aren’t always malicious, many deepfakes are created with malicious intent, which means it’s even more important to know what you’re looking at.

So, that being said, here are some great tips to help you spot deepfake videos in the future.

1) Look Closely At The Face

Deepfake videos are always centered around facial reconstruction and manipulation. Therefore, the best way to identify a deepfake is to pay close attention to the facial features. Look for blurred lines, foggy eyes, or patches of hair that just don’t seem right.

If it’s a deepfake video, always listen for weird audio noises. AI technology is usually used to recreate the individual’s voice and use it to falsify things they say. While vocal recreation often works very well, there are usually small hints that viewers can pick up on, such as clicking noises, distortion, or words that aren’t pronounced the right way.

3) Check If The Lip-Syncing Is On Cue

One of the hardest things for facial recreation software to get down is lip syncing. Look closely at the lips of the individual and try to see if their lip-syncing matches the words that they’re saying. If you notice strange mouth movements or just realize that the mouth isn’t forming the words it’s supposed to, then there’s a good chance that you’re watching a deepfake.

What Is The Point Of Deepfake Videos?

Aside from the perfectly ethical use of real people’s faces in video games, creating animations for tv shows, and movies, there’s a darker side to facial rendering. These are called deepfakes and are used to create realistic impressions of non-real events. Sometimes, they’re funny while other times they can be used for very harmful purposes.

One of the more innocent uses of deepfakes is for comedy. One of the most famous examples of this is how the Key and Peele Show did a deepfake impersonating former President Obama. To their credit, it was actually funny and was done in good taste. They also aired it on their public TV show, so there’s no way that anybody could have assumed that it was real. 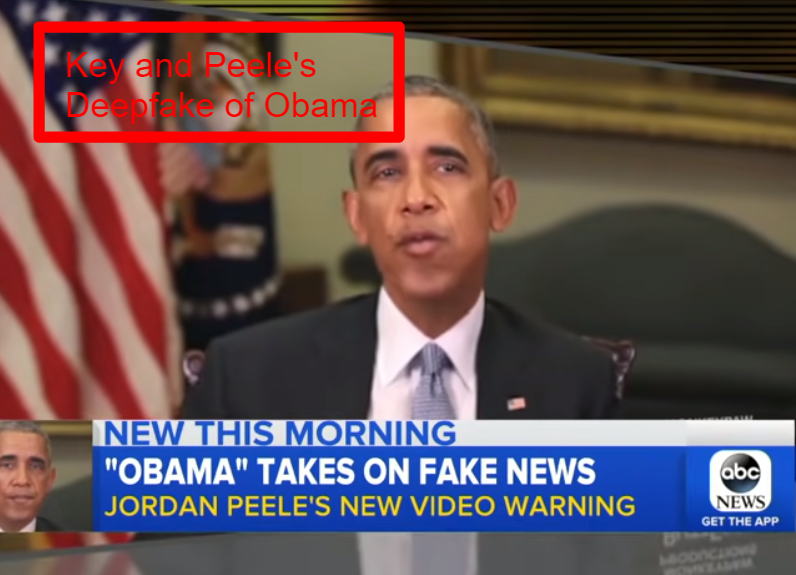 Possibly the oldest and most widespread use of deepfakes is on tabloid media sites and publications. Tabloids don’t use deepfake videos as often as they use photoshopped images, but the result is still the same. Celebrities faces and bodies can be photoshopped into scenes and scenarios that they would never be caught dead in (i.e., holding hands with their ex or consuming drugs in a nightclub).

Thankfully, most people know enough about tabloids to discredit them as anything more than comedy and viral content. However, there are still those who actually believe that tabloid stories are real, which can result in some pretty vile gossip.

One of the reasons for the growing concern surrounding deepfakes is that they are being used to spread misinformation and propaganda about political and corporate news. This became especially prevalent during the most recent 2020 presidential election and the global COVID-19 pandemic.

During these times of crisis, deepfakes were spread throughout social media and the internet and were often used by alt-left and alt-right groups to justify hate speech or further defend their position. There were videos of Biden saying things he never said and videos of Trump saying things he never said. The masses ate these videos up and regurgitated them as “facts” that they used to fuel their fire.

When it comes to major world events that have real-world importance, deepfakes can be especially harmful as they make it harder for consumers to tell whether they’re being lied to or if they’re being presented with actual news.

Another sad and unfortunate use of deepfakes is for cyberbullying. Just imagine if you’re in school and a bully deepfakes your face into a position or scenario that you were never actually involved in…

One interesting statistic is that the majority of deepfake videos are actually used for pornographic purposes. In fact, most of the celebrity “sex tapes” on the internet are really just deepfakes (which is why they often have such low video quality). As we mentioned, though, it’s not just celebrities who are targeted. Often, everyday people who have no idea of what’s going on are targeted by cyberbullies and face humiliation that they have no way of defending against.

Combating Deepfakes In The Future

As it stands, some of the top software companies in the world are developing technology and AI programs designed to detect deepfake videos and keep them from entering their platforms. While anti-deepfake programs have seen some limited success, they’re still far from perfect. So until then, we encourage our readers to combat deepfakes by using their own intelligence and looking for the subtle cues that allow you to spot deepfakes.