How To Prevent Brute Force Attacks

How To Prevent Brute Force Attacks 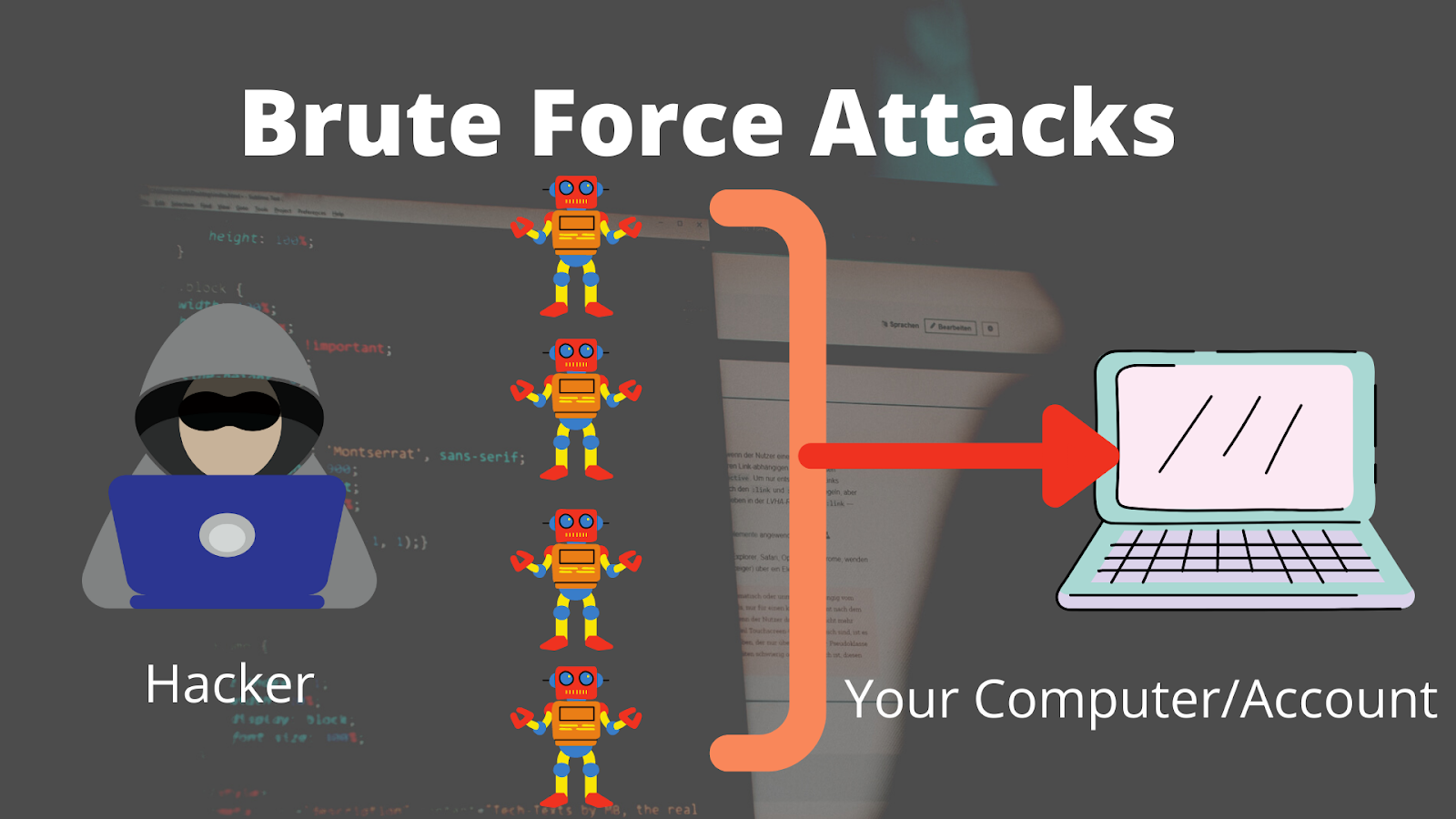 If you’ve ever seen CIA thrillers, high-stakes espionage films, or shows like Mr. Robot, then you’ve no doubt heard of the term “brute force attack” before. It’s a common term used in hacking lingo that refers to hacking an account the old-fashioned way – through pure brute force.

Brute force hacks don’t use clever viruses and other forms of deception or exploits to get into your device or private accounts; instead, they use sheer force of numbers by using a program that performs rapid-fire guesses of your login credentials.

With today’s encryption and internet security protocols, the likelihood of the average internet user being victimized by a brute force attack is slimmer than it was in the earlier days of the internet. However, it’s still a very real possibility (especially if you’re a person of interest, run a business, or have access to a lot of money).

That being said, it’s still something that you should know how to defend yourself against. Below, we’ll explain exactly how brute force hacks work and how to prevent brute force attacks with methods such as using internet security protocols and a VPN to remain anonymous while online.

How Do Brute Force Attacks Work?

Skilled hackers rarely ever attempt a brute force attack from one device, though. Not only does this increase the likelihood of the hacker being discovered but it’s also slower. Instead, hackers use a “botnet,” that consists of numerous different computers and servers located around the globe.

Computers that make up this botnet are often infected with viruses and malware that allow the hacker to remotely control them. This allows one hacker to use the same program on many computers to attempt a brute force attack on their hacker. Not only does this give them more computing power but it also limits the hacker’s chances of being caught.

Who Is Targeted By Brute Force Attacks?

A successful brute force attack often requires months of strategic planning as the hacker or group of hackers create a botnet capable of executing their attack. Given the more extensive nature of the work required to execute such an attack, they are reserved for larger organizations or persons of interest.

The rich and famous are often prime targets for brute force attacks. Wealthy celebrities often don’t think twice about their online security, which means that they’re less likely to have defenses put in place to defend themselves against a brute force attack. There are even stories of paparazzi trying to hack celebrities to uncover “dirt” on them.

Although everyday internet users aren’t always the primary targets of brute force attacks, it can still happen. Some hackers prefer to exploit numerous low-profile targets instead of going through the process of organizing a “big heist,” so to speak.

How To Prevent Brute Force Attacks (Best Tips For 2021)

Whether you’re a person of interest, run a large company, or you’re just an average Joe like the rest of us, there are a number of ways that you can prevent brute force attacks from affecting you or your business. Here are the best tips to prevent a brute force attack on your accounts or device.

1. Don’t Use Sites That Aren’t SSL-Secured: Most modern websites and web-based applications use SSL security. This protocol encrypts all of the information that you send from your browser to the website’s server. It’s designed to prevent “man in the middle” attacks that could steal your login credentials on important websites, such as your bank account.

If a site is SSL-secured, you’ll see a “lock” symbol by the URL address. If you don’t see the lock or you see a warning sign in its place, then make sure you don’t enter any sensitive/personal data on the site.

Any personal data that you input on the site can be used by hackers to refine their brute force hacks by refining the data they have to help guess your password and username combination.

2. Use A VPN To Mask Your Online Activity: One of the best ways to prevent yourself from being targeted by hackers is to use a VPN like Surfshark or ExpressVPN to mask your location and remain anonymous online. To any hackers snooping on you, you’ll just appear to be another random internet user.

3. Limit Your Exposure To Public Internet Networks: Everything you enter into public unsecured wi-fi networks is subject to being viewed and tracked by hackers on the same network. Whenever possible, limit the amount of time you spend on these public networks. If you do have to use them, make sure you’re connected to a VPN to mask your online traffic. 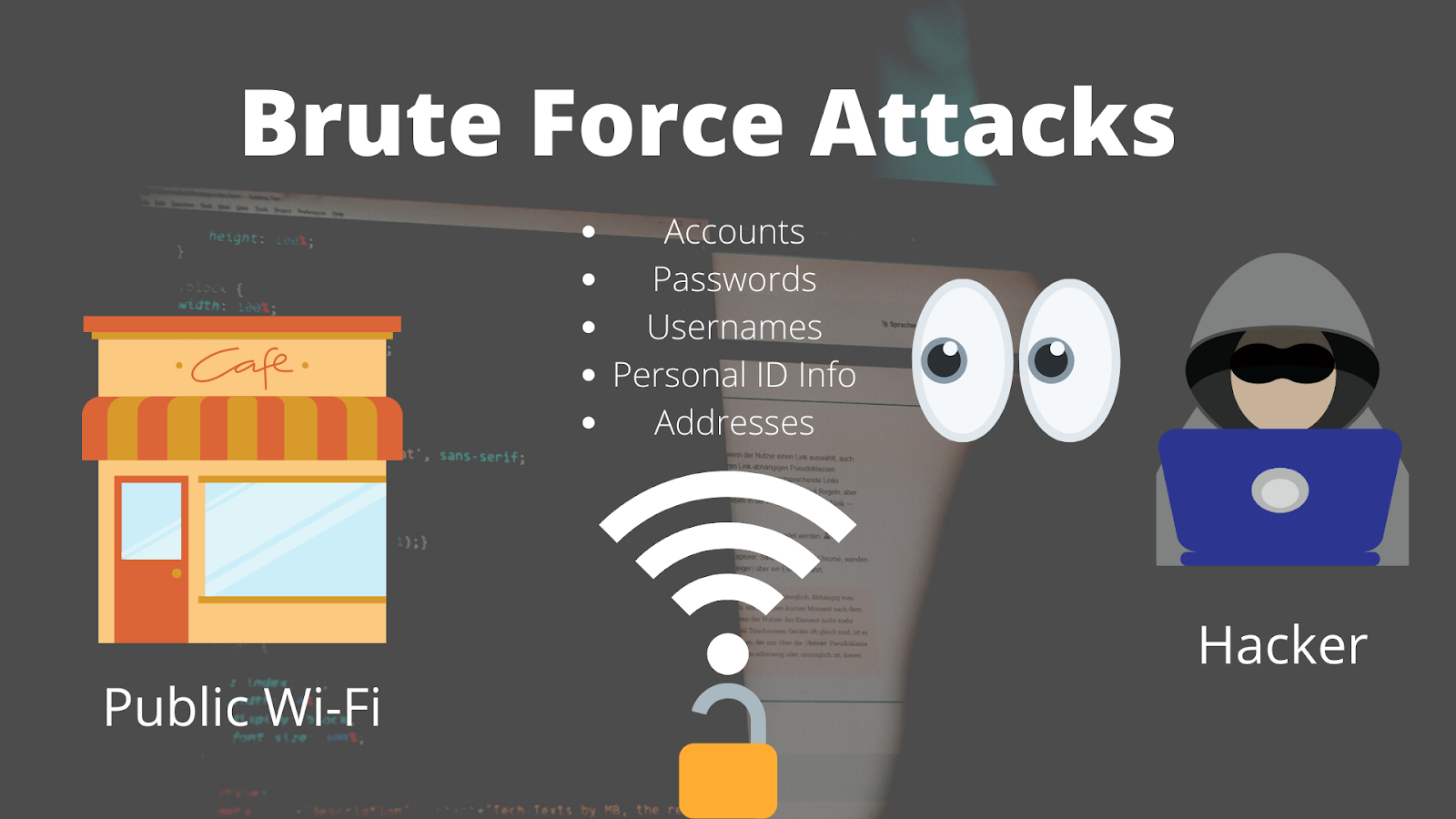 4. Use Account Lockouts: When it comes to your more vital accounts (bank accounts, trading accounts, cryptocurrency wallets, etc.), try to set an account lockout that’s designed to lock your account down after too many unsuccessful login attempts. This will prevent brute force hacking software from performing more than a few attempts.

5. Use Two-Factor Authentication: Two-factor authentication is an option provided by many web-based apps, websites, and platforms. If the app senses that you’re trying to access your account from an unknown device or network, then they’ll require you to answer a verification code sent to your email address or phone. So, unless the hacker has access to either of these, they won’t be able to enter your account.

On a more obvious note, one of the best things you can do to prevent brute force attacks is to use strong passwords. Whenever possible, use a random password generator to generate random, hard-to-guess passwords, especially for important accounts. Additionally, you should change your passwords up every couple of months to ensure that you’re always one step ahead of any hackers.

By using strong passwords in addition to VPNs, internet security protocols, and two-factor authentication, you’ll ensure that your accounts are safe and secure from any hackers.