How To Open TikTok After The Ban

How To Open TikTok After The Ban 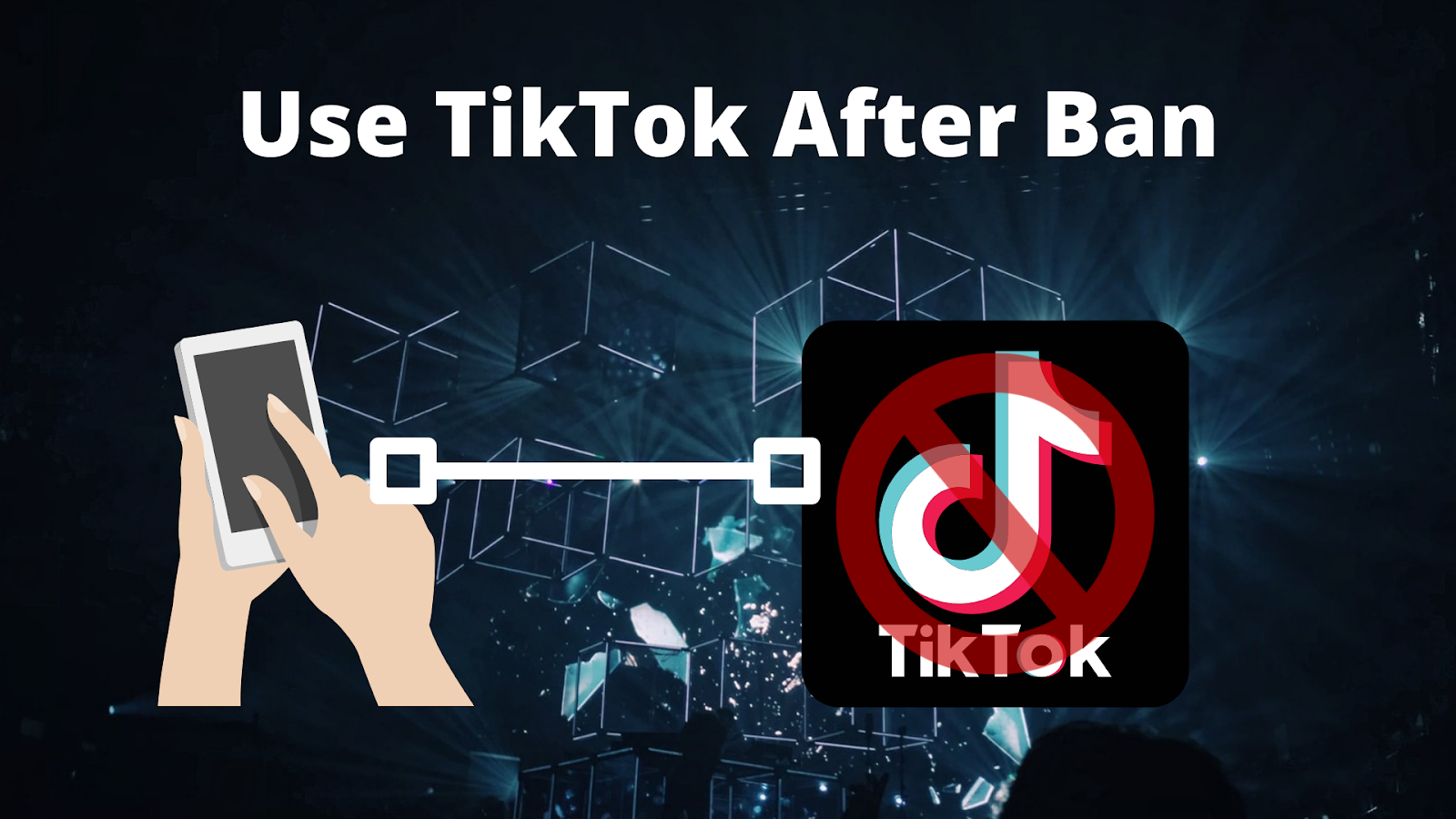 TikTok has rapidly grown into one of the most popular social media applications in the world and features over 1 billion active users. Before it achieved this pinnacle of success, TikTok was a smaller app called Musical.ly, that focused on allowing its users to do karaoke and duet on songs with each other. While TikTok still has a strong focus on musically-backed content, it’s grown into more of a video-sharing platform than anything else.

During the COVID-19 pandemic, when billions of people around the world were confined to their homes, TikTok quite literally blew up. For smartphone users around the world, it was a way to network and socialize, despite the dark times and quarantine regulations.

However, in late-2020, TikTok ran into some problems… Certain countries wanted to ban the app entirely! Several countries succeeded in their efforts to ban the popular app, completely cutting their citizens off from even being able to download the app at all.

If you live in a country where TikTok has been banned, then this post is for you! Below, we’ll show you everything you need to know about how to open TikTok after the ban. Censorship sucks, and our goal is to show you how to get around it.

Why Is TikTok Banned In Certain Countries?

If you’re still in the dark about the whole situation, then you may be wondering why on earth a simple app centered around singing, dancing, and video sharing would be banned by an entire country. To most, banning the entire app on a country-wide level seemed completely uncalled for.

The call to ban TikTok began in mid-2020, after the pandemic had driven TikTok’s global user base sky high. Once any platform gains the widespread global usage that TikTok had, it’s bound to draw some attention from power players and major governments.

So, what was their problem with TikTok?

The problem that governments had wasn’t with the app itself, but rather with the company that owned the app. TikTok is owned by a large Chinese corporation called ByteDance. Due to China’s strict government regulation and interference with Chinese-based companies, many countries were afraid that the Chinese government would use its totalitarian jurisdiction to effectively steal data on hundreds of millions of global users.

Countries that have active “beef” with China were the ones that were most fearful of what China could do with their citizen’s data. Although ByteDance claimed that they were committed to maintaining their users’ privacy, several countries still remained wary.

The situation came to a head when both the United States and India (the two countries where TikTok’s user base was the largest) wanted to ban the app.

At the time, the US was under President Trump’s rule, and he was committed to reducing Chinese interference in US affairs. Under his presidency, trade relations between the US and China became tense and there were talks of a looming trade war.

The solution that the US government came up with was that ByteDance/TikTok would have to create a separate company with a US-based partnership if they wanted to continue operating in the United States. So, TikTok partnered with Wal-Mart and Oracle so that US users could continue using the platform. 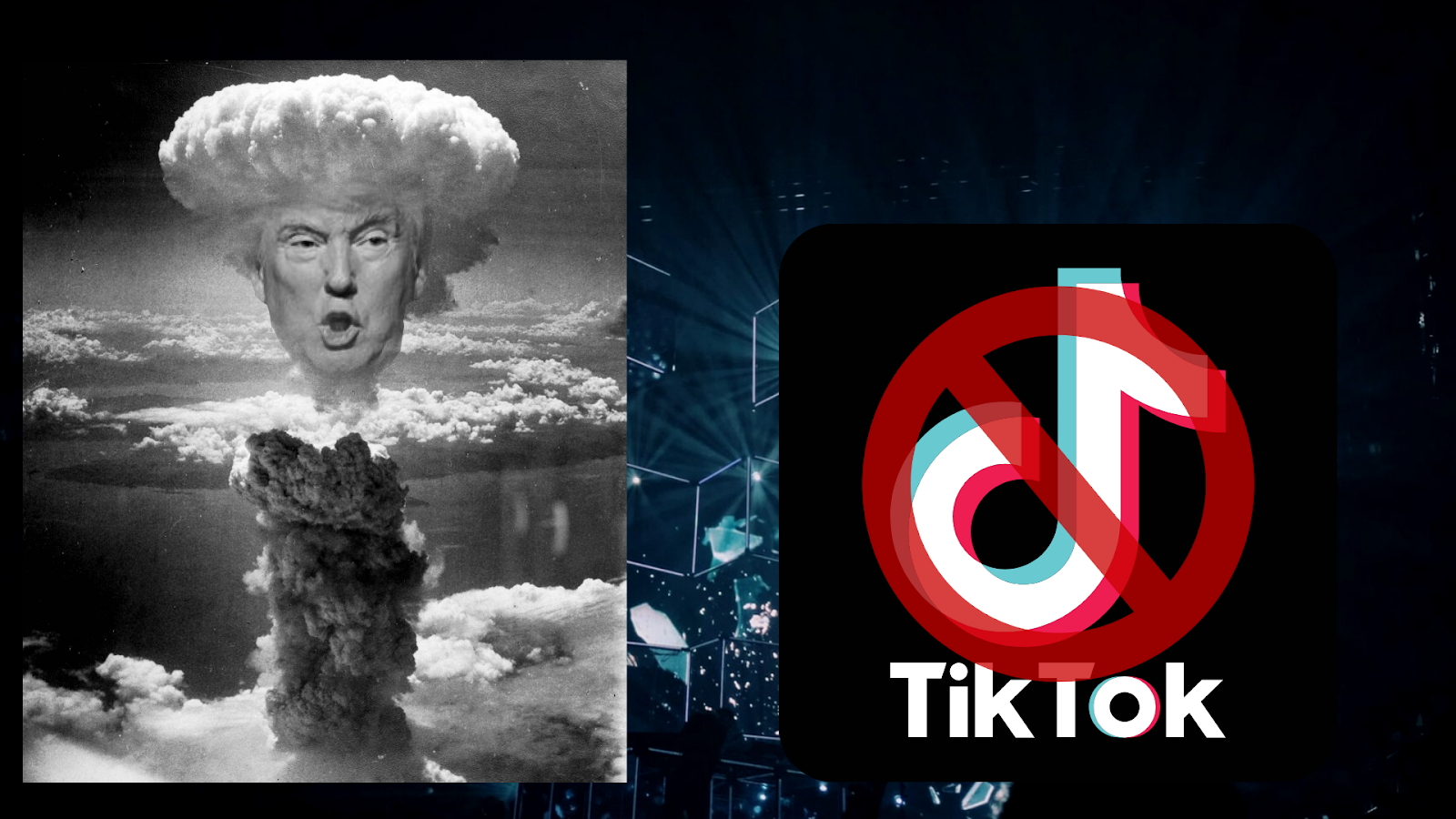 On the other side of the world, India was also involved in border skirmishes with China. Unfortunately, there was bloodshed, which is always hard to come back from. As such, Indian authorities not only banned TikTok but a whole host of other Chinese-owned apps and platforms.

Although several major countries were involved in talks to ban TikTok, only three ended up doing so:

Surprised to see China on that list? Even though ByteDance is based out of China, the Chinese government wanted ByteDance to create a separate Chinese-only app so they could have more control over content and censorship. So, ByteDance had to create Douyin, the Chinese version of TikTok.

Overnight, millions of TikTok users who resided in China, India, and Pakistan lost access to their accounts. Whenever they tried to log in, they were met with mysterious “network errors” that prevented them from logging in and viewing or recovering their content. New users attempting to download the app found that it was no longer available in app stores.

So, if you happen to live in one of the countries listed above TikTok is banned, here’s how to open TikTok after the ban.

1. Download A Reputable VPN Service: First, you’ll need to subscribe to a VPN (virtual private network) service. For the uninformed, VPNs are services that re-route your device’s data through a server that’s located in another country. This effectively masks your IP address and “tricks” other apps, platforms, hackers, governments, etc., into thinking that you’re accessing the internet from another country.

For example, if you live in India, you could connect to a US-based VPN server to access US-based internet services and applications. Most top-tier VPN services have applications that you can download on Android devices and iOS devices. This is the first step to accessing any platform or application that’s been banned in your home country. 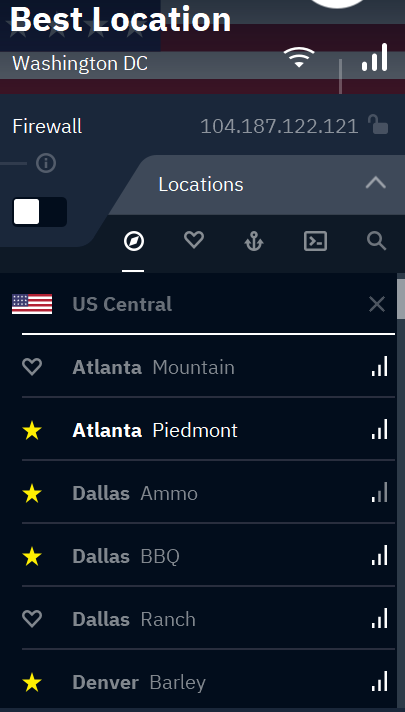 3. Download The Latest TikTok APK File On Your Android: Once you’re connected to a VPN server, double-check to make sure that it’s working by checking your IP address at www.whatismyipaddress.com. If your VPN is working, then your IP address should be displayed as if it’s coming from the country where your VPN server is located.

Once you’ve verified that your VPN connection is working, you’ll need to go on Google and perform a quick search for the latest version of TikTok’s APK file. The reason we’ll have to perform a manual download is because TikTok likely won’t be available in your app store.

The APK file is the application file that your smartphone or tablet can read and use to install the software on your device. Thankfully, you should be able to easily find this online. Just make sure that the site you’re downloading the APK file from is a reputable site, not one that will give you a virus-laden file.

4. For iPhone Users: If you’re using an iOS device, then APK files won’t be compatible with your phone. Instead, you’ll need to manually access your Apple App Store and change your address to something located in the country where your VPN server is located. We recommend using the address of an extended stay hotel.

Once you’ve changed your address, you should be able to find the TikTok app available for download in your app store (as long as you’re still connected to the VPN).

5. Get Back To TikToking: There you have it! As long as you followed all of the steps correctly, you should be able to use TikTok, create a new account, access an old account, and get back to doing what you love most. Keep in mind that for TikTok to work, you will need to have your VPN activated. If your VPN loses connection or you close the VPN app, then you will be disconnected from TikTok.

Can I Get In Trouble For Using TikTok In A Country Where It’s Banned?

When India, China, and Pakistan banned TikTok, they did so on a governmental level. It wasn’t a “recommendation”; it was literally written into law. As such, some of you reading may be wondering if you can get in trouble for using TikTok in a country where it’s been banned.

Unfortunately, we don’t have a clear answer on this. While we haven’t heard of any specific instances involving TikTok users getting arrested or fined, it’s still a possibility depending on the mood and political climate of the day.

The good news is that as long as you’re connected to a VPN server, your government and local law enforcement won’t be able to track your online activity and see what apps you’re using. The only real way that they could find out is if they directly looked at your phone or got a tip from somebody else that you were using TikTok.

For extra measure, we suggest that you don’t use your real name or mention your physical address while using TikTok in a country where it’s banned. As long as you keep your personal name/address private and use your VPN, you should be safe.

Yeah, having TikTok banned in your country sucks… Nobody could have predicted the sudden and rapid regulation of a relatively harmless, fun app. However, if you’re willing to do a bit of technical work and use a VPN server that’s based in a country where the app is still legal, then you should be able to re-access your existing account or create a new TikTok account without any trouble.