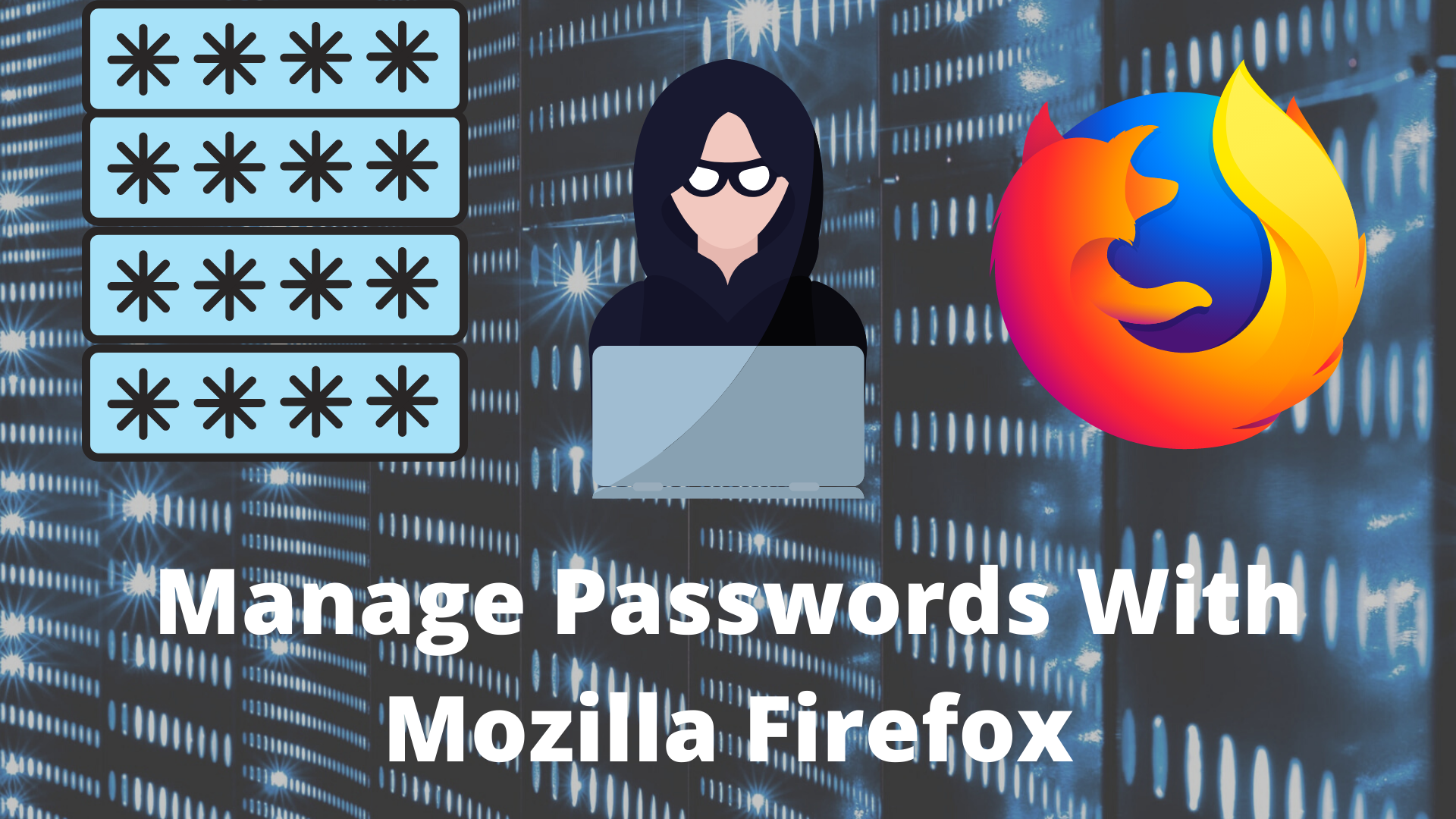 However, in 2012, Google released its Chrome browser, which took over most of the market share and featured even faster loading times than Firefox as well as allowing users to easily access all of their Google apps. While Firefox isn’t as popular of a browser as it was 15 years ago, it’s still used by die-hard fans and has a lot to offer in terms of security and open-source usability.

One of the nicer features of Firefox’s browser is its Lockwise password management tool. Similar to password managers offered by other browsers, Lockwise allows users to store and keep track of all of their online passwords and login credentials.

So today, for the remaining Firefox users out there, we decided that we’d put together a quick guide on how to manage your passwords in Firefox. We’ll be taking a brief break from our VPN reviews and hacking-related content to answer some commonly asked questions about Lockwise and explain how to ensure your saved Firefox passwords are 100% safe and secure.

Is It Safe To Store Passwords In Firefox?

When it comes to browser-based password managers, there tends to be a fair amount of security concerns (and rightly so). For many internet users, it’s hard to imagine that storing passwords within a browser is a particularly smart idea… After all, aren’t browsers the first place that hackers target?

There have simply been too many reports of hackers taking advantage of browsers that aren’t secured by a VPN like ExpressVPN and gaining access to accounts. However, this usually isn’t due to a fault on the password manager’s end. Instead, it’s due to poor internet security, weak passwords, and a lack of quality anti-malware software or a good VPN.

That being said, Firefox’s password manager is actually quite secure. While it may not be encrypted with the same military-grade encryption protocols offered by paid password managers, it does protect your passwords with two-step authentication, requiring a phone code or email code to be entered in order to view passwords.

Firefox’s top competitor on the browser market is Google Chrome, which also has a pretty darn good password manager. So, how do the two compare?

Overall, we’d have to say that they’re exactly the same. Everything from the user interface to the security features are pretty much carbon copies of each other. Of course, there are some stylistic differences; but nothing major.

1. Create a Firefox Account and Turn On Sync: First, before you can start saving passwords, you’ll need to create a Firefox account. This can easily be done from your browser and will allow you to sync your Firefox settings across multiple devices.

After creating your account, go under your settings and turn on ‘Sync’ to allow your passwords to be accessed from multiple devices linked to your Firefox account.

2. Accept Firefox Prompts To Save Passwords: As you begin to log into various sites and applications from your Firefox browser, Firefox will ask you whether or not you want to save the password. If the prompt doesn’t automatically open, then you can click the small ‘key’ icon next to the URL bar in your browser to re-open the password dialogue box.

To do this, click the menu in your Firefox browser and select ‘Passwords.’ This will open Lockwise, where you’ll be able to modify any listing you want. Here’s how it should look: 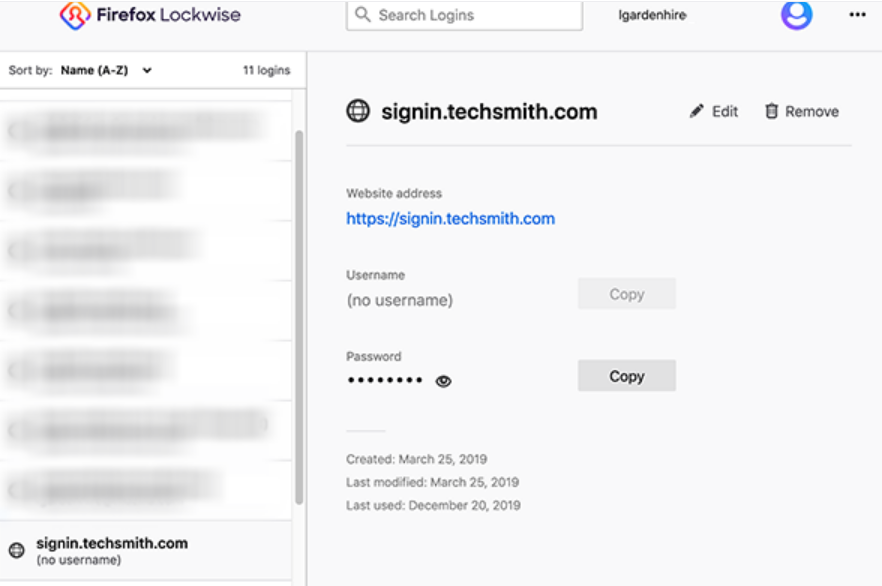 If you’ve had experience using Safari’s password manager, then you’ll remember that you can share login credentials with other Apple users by using the secure AirDrop file transfer system. This is a great way to share passwords between your family, friends, or your coworkers.

Unfortunately, Firefox does not offer the ability to securely share passwords (but then again, neither does Google).

How To Ensure Your Firefox Passwords Are 100% Safe

Want to make sure that your Firefox passwords are 100% safe while they’re stored in Mozilla Lockwise? Here are the measures you should take to lock down your passwords and make sure nobody else has access to them.

Use A VPN While Browsing

You should always use a VPN service while browsing, especially if you’re on an unsecured or public network. Public networks are probably the most dangerous place to browse and hackers often connect to cafes, libraries, and other public networks to target unsuspecting internet users. A VPN service will encrypt all of your online data to ensure that it isn’t being leaked to the wrong places.

If you’re new to VPNs and not sure where to start, then check out this list of VPNs that offer free trials.

Another measure you can take is to change your Firefox password frequently. We recommend changing it at least once every 3 months to a new, unique password. If possible, use a random password generator to ensure that your password is safe and secure.

Lastly, make sure your two-factor authentication is turned on. This requires a texted or emailed code to be input into Firefox before anybody can view the saved passwords and adds an extra layer of security to your stored passwords.

Although Firefox’s password manager doesn’t offer all of the same features that Chrome and Safari offer, it’s still an easy and secure way to manage your passwords. Providing that you have a secure Firefox account and two-step authentication enabled, you won’t have to worry about hackers breaching your password manager and stealing stored passwords.