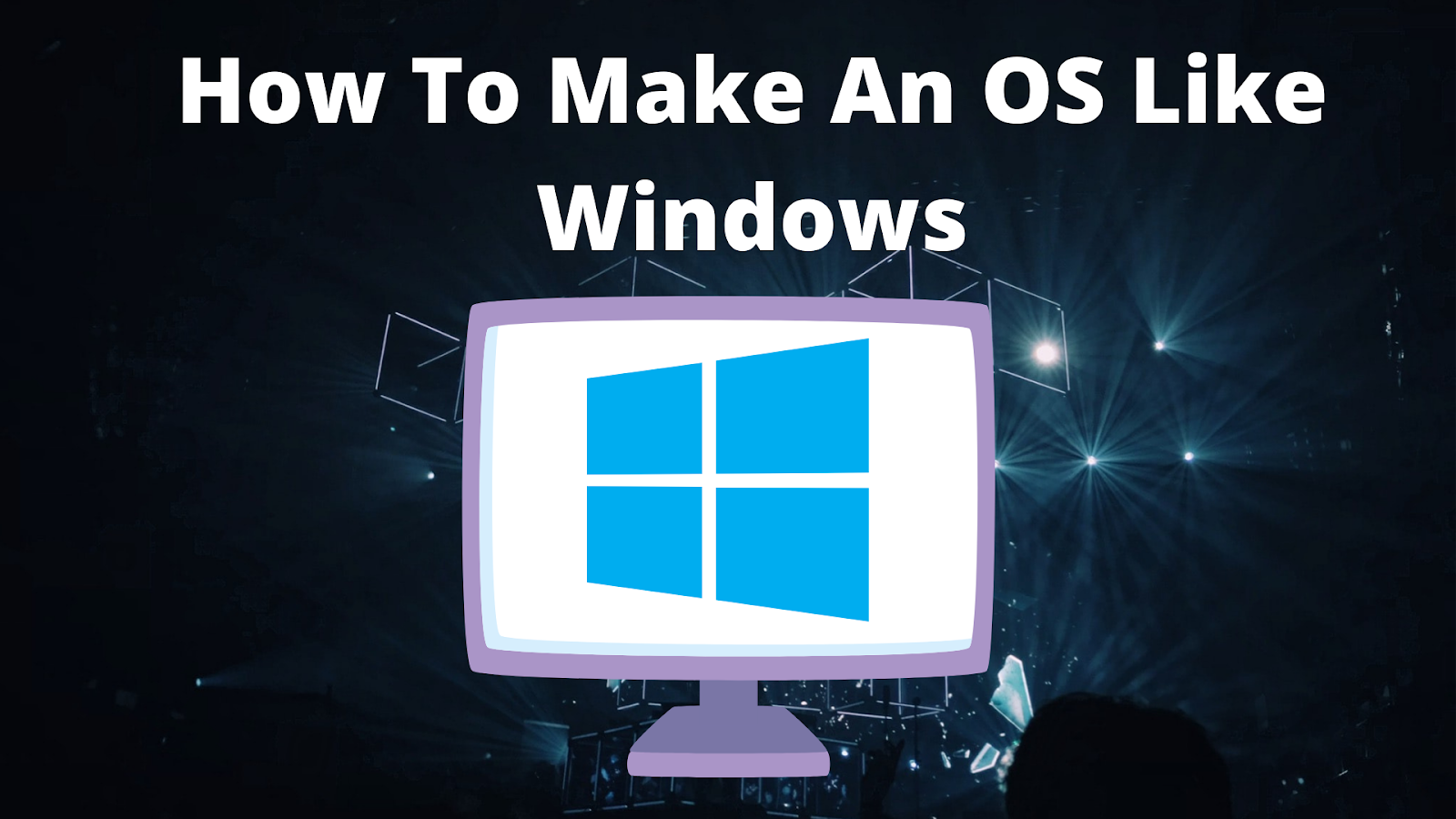 Updated on Jul 1, 2022. Without an operating system, computers, phones, and almost every piece of smart technology would be little more than useless boxes of circuitry and silicon. The operating system is what gives your computer life. It’s kind of like a person; you could have a perfect brain, organs, and everything in order… but without life, it would just be a shell.

Today, most of us take operating systems for granted. But without them, modern computing wouldn’t be possible. If you’re one of the few people who are old enough to remember using an archaic OS like Windows 99 or the original Mac OSX, then you probably have a better appreciation for just how far modern operating systems have come.

If you’ve been taking classes in computer science or have been teaching yourself coding and programming on your own time, then you may have wondered how to make an operating system like Windows. If so, then this post is definitely worth a read!

Below, we’ll be taking a break from VPN reviews and cybersecurity topics to talk about the basics of creating your own OS, what exactly an OS does, and what type of knowledge and experience you need to create a basic operating system.

In 1985, Bill Gates created the first version of Windows. At the time, there was nothing else that could hope to compete with it, allowing it to become the most widespread OS in the world. To this day, Windows is still used on 73% of the world’s computers!

Windows has certainly had some ups and downs throughout its history, with some versions bringing more headaches than others. However, Windows has always worked on the principle of releasing the product first and updating it later. Because of this, Windows has been able to steadily roll out new versions, updating as they receive feedback from consumers.

Here’s another fun fact about the Windows operating system – it has over 50 million lines of code! That’s hundreds of thousands of pages of pure code. Of course, Bill Gates’ original OS wasn’t quite as large (seeing as he made it by himself and systems were far simpler back then), but it was still a notable accomplishment for his time.

Is It Possible To Create Your Own OS?

So, can you create your own operating system?

The answer is yes, you certainly can! Will it be able to compete with major operating systems like Windows, OSX, or Linux?

Probably not (unless you’re a genius or have a massive team of developers working with you). However, if you’re looking for a long-term challenge and want to better understand your own operating system, then creating your own OS is certainly a worthy venture. Even if it’s just a small OS that you plan on implementing on an old laptop or smartphone, it can still be a fun challenge that will push the bounds of your programming knowledge.

If you plan on pursuing a professional career in computer science and programming, then creating your own operating system can also make a great addition to your portfolio. Think about it – what employer wouldn’t want to hire somebody who had the persistence and patience to create an entire operating system?

What Language Do I Need To Create A Computer Operating System?

If you look at most major operating systems, they use variations of the C coding language. For example, almost all of the code that the Windows OS was written in is C++, with bits of C+ and C# (C Sharp, for those who are new to programming languages). The same goes for Linux. Mac OSX also uses C++ but contains greater amounts of C# (which comprises most of Apple’s iOS mobile operating system).

Can I Create An OS In Basic?

If you took some rudimentary computer science classes or taught yourself coding, then there’s a good chance that you may know some basics of BASIC – the simple, logic-based programming language used to simplify coding for new students.

While you might be able to create some simple programs and applications using BASIC, there’s no way that you could build an entire functional operating system on BASIC alone. It’s simply not designed for that purpose. It would be like asking a 5-year-old child to write a Shakespearian drama. Sure they know how to speak English, but don’t have the vocabulary of William Shakespeare.

How Long Does It Take To Build An Operating System From Scratch?

If you’re looking to create an operating system like Windows from scratch, then expect it to take some time. As we mentioned above, today’s version of Windows 10 has over 50 million lines of code. Even if you could write 300 lines of code per day, it would take you 166,666 days or 456 years to program it yourself. By that time, your operating system would no longer be relevant.

That’s why we say it’s not possible to create a full-fledged operating system by yourself.

That being said, if you have a large team of around 25 people working around the clock, then you might be able to create a full-fledged operating system (that performs up to today’s standards) in less than 10 years.

Impossible tasks aside, though, you should be able to create a very basic operating system in less than a year. Sure, it won’t be anything close to what Windows or OSX is, but it will have enough code to help boot a device and possibly perform some basic functions.

Create Your Own Modified OS With Linux

If you want to learn more about operating systems and how to create them without the hassle of writing 50 million+ lines of codes, then there’s a far simpler way…

Creating your own modified version of the Linux OS!

For the uninitiated, Linux is one of the world’s only open-source operating systems (meaning that it’s free to download, use, and modify the entire program). At first glance, Linux is similar to an older version of Windows; however, it features far more versatility and gives the user complete control over the operating system and device. This is why Linux is favored by hackers, cybersecurity geeks, and computer programmers. 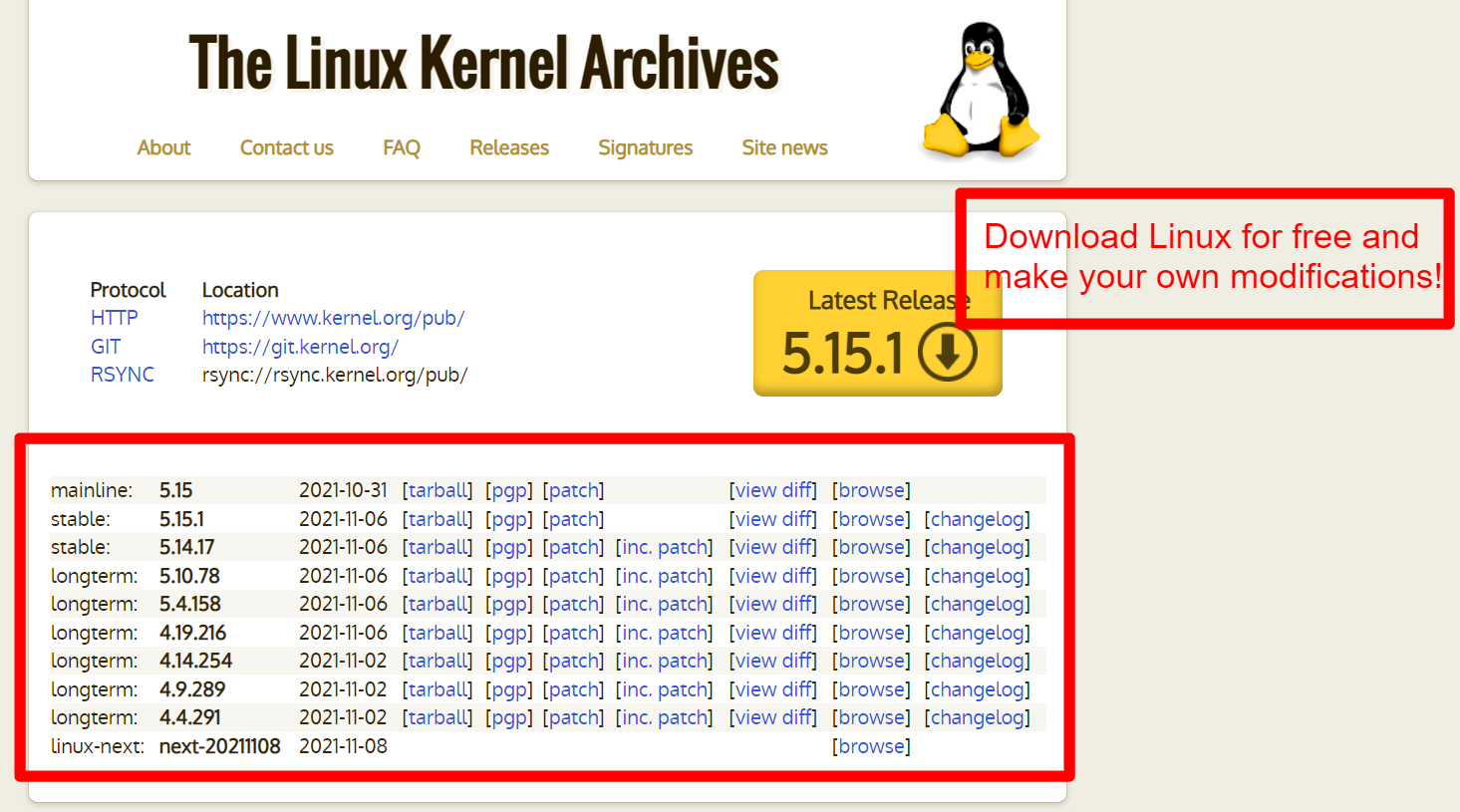 What Does An Operating System Do?

As soon as you turn the computer on, the BIOS (a simple program built into the motherboard) ensures that all of the computer’s necessary functions are activated and allows the computer to boot smoothly. The BIOS then initiates the operating system, which takes control from there.

The OS handles user profiles and allows the device’s user or users to log in using their unique password. Then, it loads that user’s specific settings and files, so that they see a customized version of their desktop and file explorer.

The operating system also manages your stored files. In fact, this is probably one of the most essential functions that it serves. The OS is what allows files to be categorized, stored, organized, accessed, and displayed to the user. Without an OS to manage stored files, your hard drive would be a chaotic jumble of mixed-up files with no designation.

Your operating system also helps to open and run the various programs and applications that are on your computer. When you first boot the computer, your OS will load “essential” start-up programs that are necessary to the device’s functionality. Then, it will load secondary programs that you regularly use.

Whenever you open or close a third-party program, your operating system ensures that the program is able to launch properly and fully shuts the program down when you exit out of a program.

The operating system manages all of the computer’s power usage, processor, and memory. Without an operating system to dictate how the computer uses its assets, the computer could easily over-work itself in a matter of minutes and become irreparably damaged. The OS will automatically cause programs to shut down or crash if they’re overclocking the CPU and ensures that the computer makes efficient use of its stored battery power.

In addition to all of these aspects, your operating system also provides basic security features, such as firewalling and built-in virus scanning. There has yet to be a version of Windows or OSX that comes with a built-in VPN like NordVPN or Express VPN, so you’ll have to download these security features from third-party developers.

As you can tell, an operating system is essential for controlling almost all of a computer’s basic functions. Whether you’re talking about desktops and laptops that use a large OS like Windows or a smartphone that uses a slightly smaller OS like Android or iOS, an operating system is a highly complex program that’s designed to control every minute detail of how the computer works.

Although it’s not plausible to create your own operating system like Windows from scratch (at least by yourself), you can certainly experiment with OS development by downloading a free open-source version of Linux and making your own modifications to the code! This will teach you some of the basics of how operating systems are structured, and allow you to experiment with OS basics.