When most people think of VPNs, they tend to think of the various VPN software options like these that you can install on your computers and smartphones. They’re one of those internet security must-haves that help anonymize your internet profile and prevent sites, hackers, and government agencies from tracking your online activity.

VPNs also encrypt your internet traffic using military NSA-grade AES 128 or 256-bit encryption that’s quite literally impossible to hack. This means that even if you’re on a public network, hackers won’t be able to view sensitive data and information that you might be relaying over the network.

What most people don’t know, though, is that you can also install VPN software on your internet router! While the steps are a bit more complicated, having a VPN service installed on your router is a great way to improve the security of all devices connected to your network.

In today’s post, we’re going to talk a little bit about the difference between router VPNs and on-device VPN software, as well as examine the pros and cons of each. Then, we’ll show you step-by-step how to install a VPN on your router. It’s time to make your network hacker-proof!

The main difference is that on-device VPNs only protect the device they’re installed on. Conversely, router-based VPNs protect every device that’s connected to the internet through them.

Businesses also use router VPNs to protect their employees’ internet traffic while they’re browsing or accessing sensitive data via company computers and networks. You can’t have John Doe sharing company secrets with hackers, can you?

To be completely fair, each has its own unique benefits. For example, on-device VPNs are great if you’re accessing different networks. If you’re a student, travel often, or like to work at public internet cafe’s and schools, then having a VPN on your Windows, Android, or iOS device is going to be your best bet as it will protect and encrypt all data, no matter where you are.

However, if you’re the type of person who typically uses their home network, then a router VPN may be a lot simpler and easier, as it will automatically encrypt all data sent over the internet from your home, no matter what device you’re using. You’ll never have to worry about remembering to turn your VPN on or off while you’re on the network because it will always be on.

Do All Routers Support VPNs?

No. In fact, most consumer-oriented routers don’t support VPNs. This is because your average home internet user doesn’t even know what a VPN is, so adding the functionality would just be a waste for the router’s manufacturer.

So, if you want to find a router that supports VPNs, you’re most likely going to need to purchase a third-party router that’s geared more towards business and security usage. These routers are designed to be tweaked by IT professionals and provide businesses with more secure networking options, and will usually come equipped to handle a VPN installation.

Can I Install Any VPN On A Router?

Not all VPNs are made to be installed on routers, especially the cheaper, lower-quality ones. If you’re looking for a great high-quality VPN that can be easily installed on your router and offers excellent customer support options, then we suggest using NordVPN or ExpressVPN.

Alright, so by now you should have a solid understanding of how router VPNs work and some of the benefits of using a VPN on your router. So, now we’ll show you the basics of installing a VPN. As long as you have some preliminary skills working with your command console, it should be fairly easy.

Once your command console is open, type “ipconfig” as the first command, and hit the ‘Enter’ button. Then, look all the way towards the bottom of the data to where it says ‘Wireless LAN Adapter Wi-Fi.’ The IP address listed by ‘Default Gateway’ is going to be your router’s IP address.

Here’s how it should look: 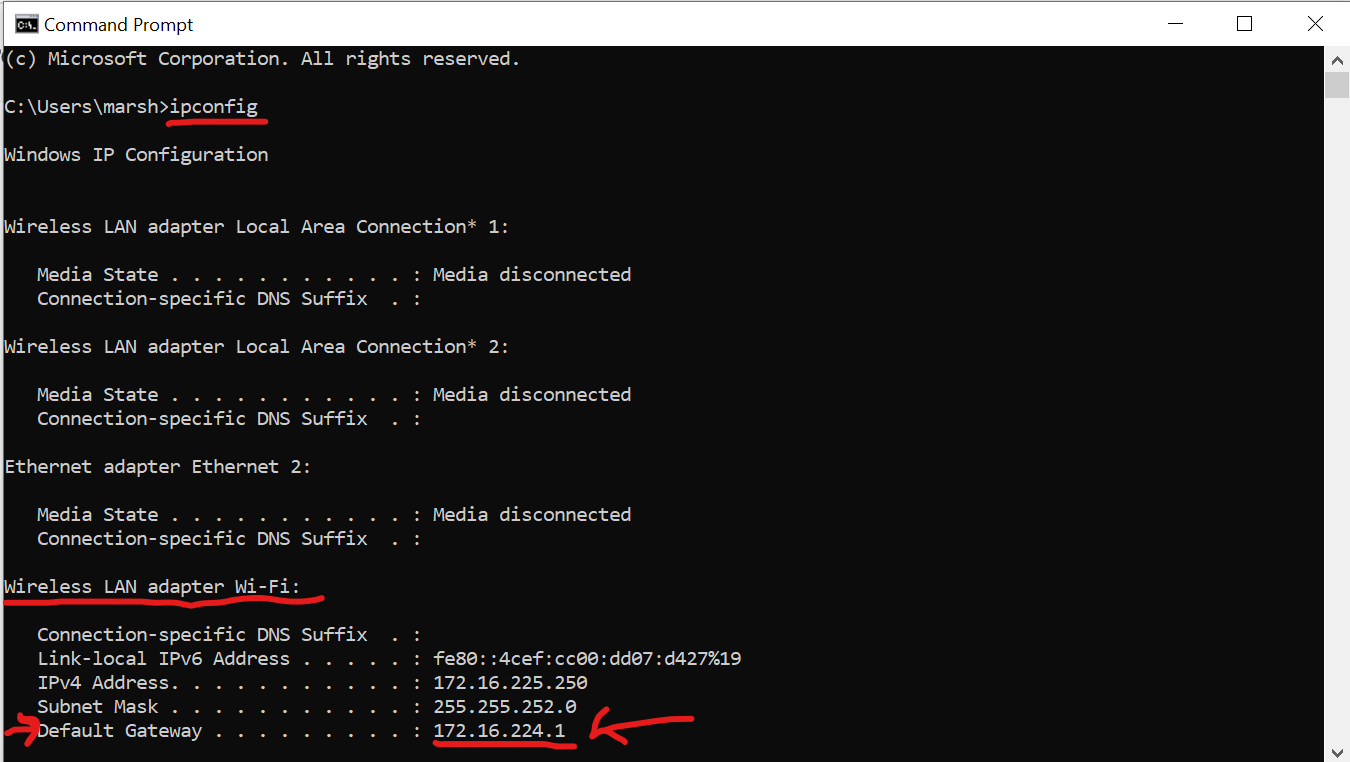 2. Configure Your Router’s Settings: Each manufacturer is going to have a different user interface for their routers, so for this part, you’ll need to gain access to a user manual or call the router’s manufacturer and ask to speak with tech support.

Once you get the tech support on the phone, tell them that you would like help installing a VPN on your router. They should be able to give you step-by-step instructions for how to install your VPN software on the router safely and securely.

3. Check To See If It Works: After you’ve installed the VPN software on your router, you’ll probably need to reboot your router. Then, using the command console instructions we just showed you above, check to see if your router’s IP address has changed. If it’s displaying a different IP address, then your router’s VPN is active and working.

The only real problem with a router-based VPN is that it’s harder to configure your VPN and change your server location. Every time that you want to log in and change your VPN settings, you’ll need to do so through your router’s configuration settings (which can be a bit of a hassle).

Aside from this one caveat, though, installing a router on your VPN is a great way to ensure that devices on your home or business network are always secure!