How to Get Unbanned from a Discord Server

How to Get Unbanned from a Discord Server 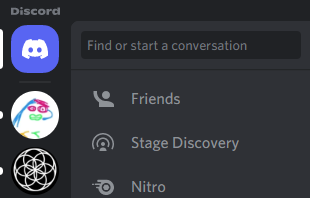 Discord is one of the world’s best communication platforms, and it’s quickly becoming more than just a platform for gamers. Businesses are starting to incorporate it into their operations, and there are plenty of communities about more than just gaming. Today, we’re going to explore how you can get unbanned from a Discord server.

Getting Unbanned from a Discord Server Using a VPN

It may come as no surprise that our first recommendation here at PinpointVPN would be to use a VPN so that you can get unbanned from your Discord server of choice. Using a VPN like NordVPN or ExpressVPN will allow you to circumvent even the most long-lasting bans on a server.

Keep in mind that using a VPN to get around a simple server ban is often a bit overkill. If you’re only banned from a server, there are a few other approaches that you can take so that you can avoid using a VPN. We’ll take a closer look at the alternative approaches later on in this guide.

When you select your VPN to dodge a Discord ban, you’ll need to consider whether you want a free VPN or a premium one. In the vast majority of cases, you’re better off using a premium VPN because you’ll be able to switch servers in case one of the IP addresses is banned from Discord.

Since free VPNs don’t rotate through their servers as frequently as paid VPNs, you may run into IPs or servers that have already been banned from Discord. This is likely because another user has used the VPN while accessing Discord and got themselves banned, ruining it for everyone else.

Here are the steps involved in using ExpressVPN to get around an IP ban on Discord:

Getting Unbanned from a Discord Server by Appealing to the Admins

If you don’t like the idea of jumping through a bunch of hoops so that you can access your Discord server of choice, you can more easily get around a server ban by appealing to the admins. This is a good option if you were banned from a server unfairly or due to politics.

Figure out who administrates the server that you’re trying to get back into and then you can contact them directly through Discord messages as long as you haven’t been blocked by them. Start by explaining why you were banned and go into detail about why you believe you should be allowed back into the server.

It’s usually a good idea to interact with other admins or moderators aside from the one that banned you because you’ll be more likely to get a good response out of them. If you are blocked by the server’s mods and admins, you may have to do this through a different account.

Common Reasons Why Users Are Banned from Discord Servers

Understanding what will get you banned from a Discord server will ensure that you don’t end up getting banned all over again once you’ve gotten yourself unbanned. First and foremost, you want to be sure that you’re paying close attention to the rules of the server that you’re trying to access.

Every server has unique rules that are decided by the people who host them, so always be sure that you’re posting appropriate content for the server that you’re in. For example, posing NSFW content on a server that is supposed to be SFW will likely get you a warning followed by a ban if you continue.

However, there are other things that will get you banned from Discord in its entirety. For example, if you knowingly violate the terms of service of Discord, you can expect to get an IP ban that will ensure that you’re unable to ever access the app again, at least if you’re coming from the same IP.

Also, using suspicious IPs that are associated with spammers and hackers might end up getting you banned. You’ll also want to avoid spamming when you’re on Discord and you should also not be abusive or disrespectful to other users, since doing that continuously can get you banned.

Keep in mind that there are two different types of bans on Discord, one of which is far worse than the other. Server bans are the most common bans on Discord, and these bans essentially won’t allow you to access a server using the same account, so you may have to create a new Discord account.

Server bans typically have an undefined length because they are active at the behest of the admins or mods. If one of them decides that you’ve done your time and you’re worthy of returning to the server, you can get back in without any trouble, which is why we highly recommend appealing bans.

However, you can also get a platform ban on Discord, which will not allow you to access the application from the same IP address ever again. These bans are permanent and they can’t be reversed, but they’re pretty rare because they’re only handed out to people who blatantly ignore the terms of service.

If you want to get around a platform ban, you can use the VPN method that we outlined above, but you’ll have to accept that you’re unable to use your previous account. Unless you can find a way to change your IP address, you’ll need to always use a VPN to access Discord from now on.