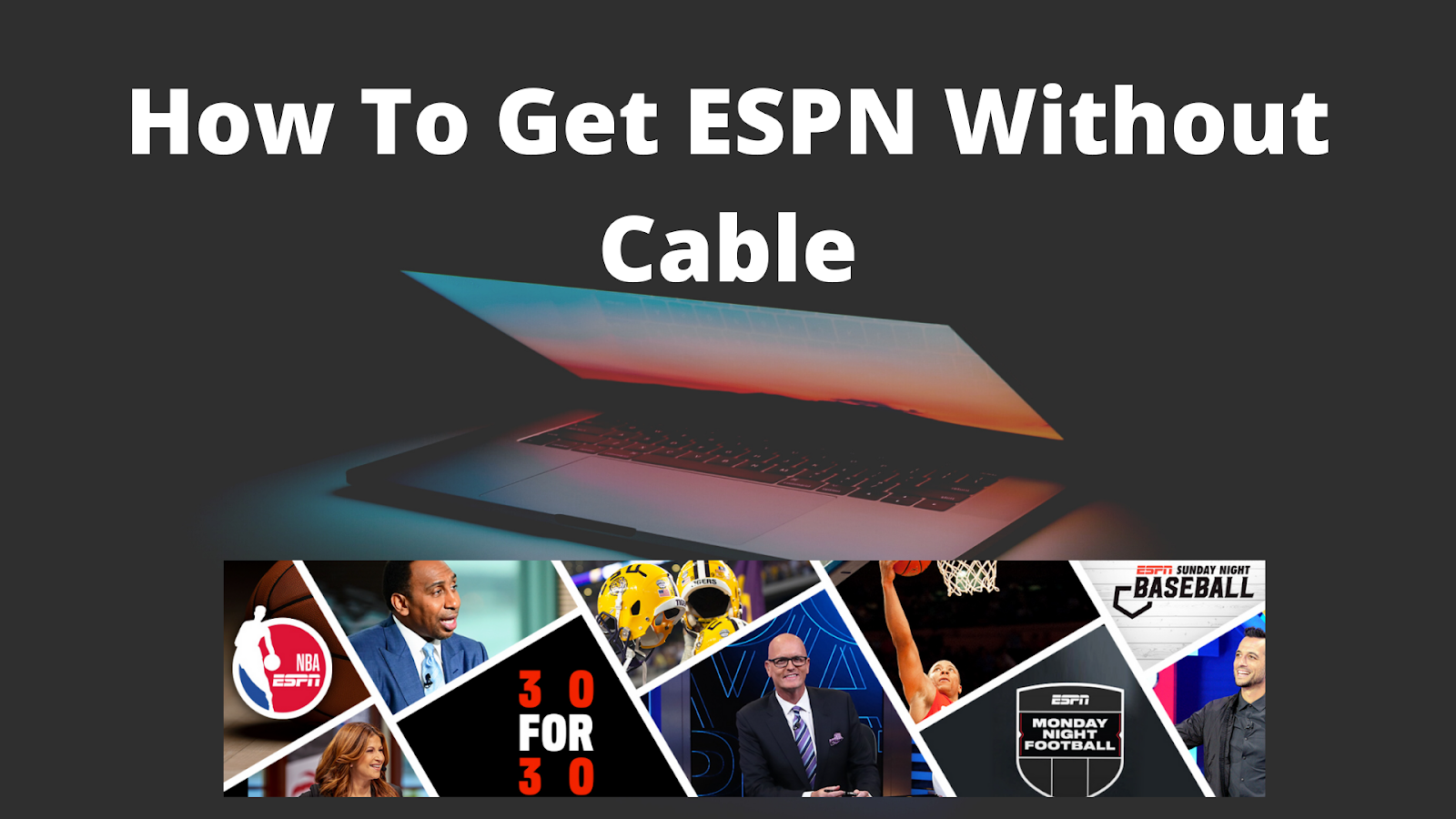 ESPN is the largest sports streaming service in the United States. It’s been around since 1979, making it just over 40 years old. For the longest time, ESPN was only offered as a costly add-on to cable and satellite television networks. Today, however, fewer and fewer people have a TV subscription and rely solely on streaming platforms to consume media.

If you’re looking to catch up on the latest sports news, watch NFL, NHL, MLB, NBA, or any of your other favorite professional and collegiate sports, then this post is for you! Below, we’ll show you how to get ESPN without cable, so that you can watch it anywhere you want (even when you’re on-the-go). We’ll also show you how to watch ESPN outside of the United States by using a high-speed VPN like the ones we’ve reviewed.

Do I Need A Cable Plan To Watch ESPN?

To keep up with the increasing demand of sports fans for cableless television, ESPN created ESPN+ – its digital streaming platform.

Here, you can watch live sports as they’re being streamed, view replays of previous matches, and watch all of your favorite sports newscasters talk about the latest news and player updates.

There are several different ways of getting ESPN without a cable subscription. The easiest way is just to subscribe to ESPN+ on your smartphone or other devices. You can also sign up for ESPN+ as part of a bundle or add ESPN+ on to an existing streaming subscription.

All three of these methods will provide you with the same level of access and allow you to watch all of the titles on ESPN+. However, depending on your budget or existing streaming services, one method may work better than another.

Here’s a breakdown of the three best methods to get ESPN without cable, so you can decide what’s best for you.

If you’re on a tight budget or you don’t care about other streaming platforms, then your best bet may just be to sign up for ESPN+ by itself. The service only costs around $7/month for a basic subscription, and you’ll be able to view all titles on your smartphone, tablet, or laptop. You can also cast ESPN+ to your TV screen from your phone, tablet, or computer.

Method 2: Get The ESPN+, Hulu, and Disney+ Bundle

If you have a bigger family (or you just want to have access to more entertainment), then it may be worth signing up for the ESPN+, Hulu, and Disney+ bundle package. This is a great deal and gives you access to all three streaming platforms for just $13.99/month!

Paying for all three streaming services separately would cost more than $20 per month. So if you think you’ll use all three services, then this is a great way to save some cash and get ESPN without a cable subscription.

Method 3: Subscribe To A Streaming Service That Offers ESPN+ As An Add-On

So, let’s just say that you have a Hulu account that you pay $7 to $10/month for. From those platforms, you can add an ESPN+ subscription to your account for an additional $7/month.

Why do this instead of paying for a separate ESPN+ membership?

Well, the cost is pretty much the same. However, by adding ESPN+ to an existing streaming service, you’ll be able to see all of your titles in the same app instead of having to juggle between two different platforms.

How To Watch ESPN+ Outside Of The US

Recently, we’ve received a lot of questions from viewers looking for how to watch ESPN outside of the United States. Since ESPN is a US-based company, all of the games and ESPN titles on the ESPN+ platform are geo-restricted to viewers living in the United States.

This means that if you live in Canada, Mexico, or any other country, you’ll be met with an error message if you try to log in and watch ESPN+ outside of the country (even if you have a paid subscription).

We hope this guide has been helpful! If you’re looking to watch ESPN without cable, then your only option is to sign up for ESPN+, either by itself, as part of a bundle, or by adding it onto an existing streaming service.