In today’s short guide, we’ll explore what you need to do to fix Netflix proxy error M7111-5059, and these steps may even help you fix any related errors you come across on Netflix. However, before getting into the details, let’s start with a short intro.

This mysterious error tends to pop up whenever a user is using a VPN to access Netflix’s content, but it doesn’t happen all the time. In most cases, you’ll get this error when Netflix takes note of the VPN server that you’re using.

Since Netflix isn’t all-seeing (otherwise their specials would be a hit 100% of the time), they don’t really know which IPs are directly related to many VPN servers. However, if a provider’s server grows exceptionally popular, then it will be pretty obvious to Netflix that it’s a VPN.

Netflix technically doesn’t allow VPN use because it allows you to skirt their licensing agreements, which may end up getting them in legal trouble if the rights owners find out that they’re facilitating this workaround.

However, there are a few easy ways to get around Netflix proxy error M7111-5059.

In the vast majority of cases, this happens because you’re using an overused VPN server that Netflix has caught on to. This is what you need to do to change your server if you’re using ExpressVPN: 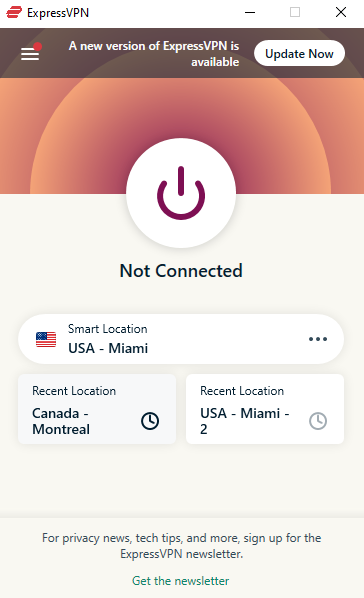 2 – Once there, change your server within the particular country you’re in. For example, switch from USA – New York to USA – Tampa. 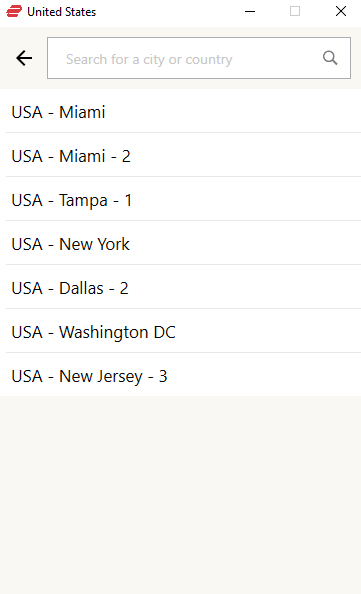 4 – Repeat these steps until you get a server that doesn’t result in the error, it may take a few tries.

There are a few things to keep in mind when you change your VPN server. The first thing is that you may not have the same connection quality as you did with your previous server, especially if it’s further away from you than the previous server that you were connected to.

This is why you want to make sure that you always use a server that’s as near as possible to you. For example, if you live in Montreal and you want to access American Netflix, it would be a better idea to connect to a New York server than a Los Angeles server.

If you’ve tried to switch servers and none of them are letting you access Netflix, you may have to shut off your VPN and try to access the site regularly before it will let you back in. You’ll have to disable your VPN to do this, which is relatively simple if you’re using ExpressVPN:

1 – Head to the ExpressVPN application. 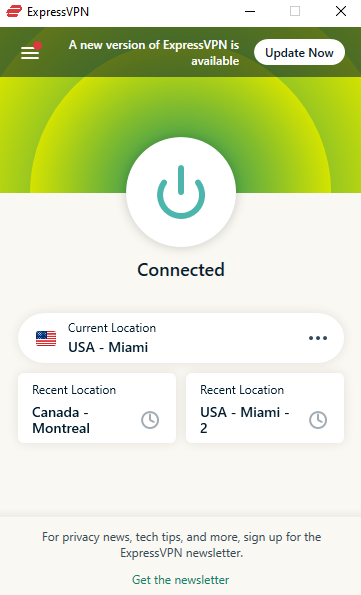 2 – Click the big power button in the middle to disable your VPN. 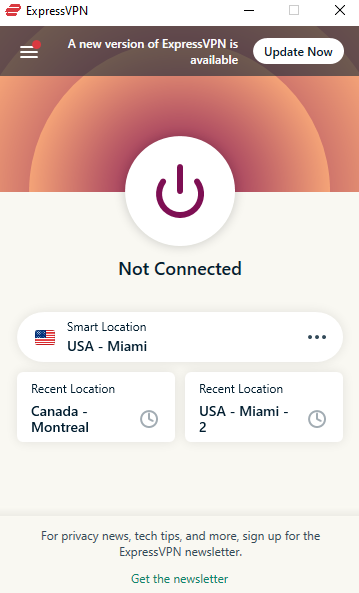 If you’re trying to access Netflix content with a VPN, then try using it again after you’re able to successfully connect to Netflix after disabling your VPN. Sometimes, you get stuck in an error loop even if you’re using the right server to access a foreign Netflix library.

Does This Work With Free VPNs?

Free VPNs are more likely to end up with the error M7111-5059 issue because they have fewer servers that they shuffle around to trick Netflix into thinking your connection isn’t through a VPN. This means that you may have to swap between more servers than with a premium VPN though some free VPNs every one of their servers detected by Netflix.

Along with having fewer servers than paid VPNs, free VPNs are used by a much larger population, meaning that Netflix has an easier time catching on to the fact that the servers belong to VPNs. This is because the vast majority of people who use free VPNs use them to access services like Netflix, as opposed to the wider range of things people do with paid VPNs.

Another issue is that free VPNs don’t exactly respect your privacy and your browsing history as much as premium VPNs do. VPNs like these keep track of your activity through logs and may be selling that information to the highest bidder, which defeats one of the main points of using a VPN in the first place.

Here at PinpointVPN, we also recognize the privacy issue of using a free VPN while you’re watching foreign Netflix shows since far fewer free options respect your privacy like premium VPNs like NordVPN or ExpressVPN.

If you’re using a premium VPN on mobile but still getting this error, you may need to take a few extra steps to ensure that your data isn’t what’s holding you back:

Keep in mind that VPNs may function differently on mobile devices, so you may have to get your VPN set up in advance before you attempt these steps. Most premium VPNs will allow you to use your subscription on mobile, you merely have to enter your login info after you download the app on your mobile device.

Some free VPNs may not work on mobile, or you may have to use a separate free VPN from the one that you use on your desktop PC.

Yes, both of these errors mean the same thing, which is that Netflix is able to tell that you’re using a VPN and it’s denying you access to its servers because of it. All of the previous steps that we mentioned will allow you to work your way around this error.