It’s safe to say that Amazon Prime has just about everything you could ever need to make you happy. Their standard membership includes free 1-day and 2-day shipping on your favorite items, they have a wardrobe service that lets you buy and return clothes with no additional shipping charges, and also a great video streaming service!

Prime Video has one of the most extensive streaming libraries on the internet and it’s only matched by its top two US-based competitors; Hulu and Netflix. Now that Prime has its own movie studio, they’re also making some blockbuster movies that can rival even the best Netflix Originals!

There’s only one small catch, though… most of the best titles are only available in the United States. If you’re like many of our global readers, this is no good. Sure, you can probably find some shady scam-ridden site with hundreds of pop-up ads to watch the show on, but do you really want to go through all of that?

Thankfully, there’s an easier way. All you need is a little bit of ingenuity and a reputable VPN like one of these top-rated services. In today’s article, we’re going to show you everything you need to know about how to change your country on Amazon Prime Video so you can watch your favorite titles without the annoying geo-blocking.

Benefits Of Changing Your Country On Amazon Prime

The main benefit of changing your country on Amazon Prime Video is that you’ll be able to watch geo-blocked tv shows and movies on the streaming platform. As the service is based in the United States, most of the award-winning, top-rated, binge-worthy shows and movies are only available to US-based Prime Video subscribers.

Although Prime Video is available globally, its global growth has been slowed by copyright restrictions, regulations, and media distribution deals. So, if you want to access titles that are only available in certain regions, then you’re going to need to “trick” the Prime Video server into thinking that you’re actually from the United States.

Perhaps you live globally. Or, maybe you’re a US resident who’s traveling abroad and still wants to be able to watch your favorite shows and movies… Either way, we’re going to show you the smartest, most effective way to break the rules.

How To Change Your Country On Amazon Prime Video

Now that you know what’s going to happen, it’s time to get started changing your country on Amazon Prime Video. Thankfully, the process is relatively simple and easy. As long as you follow each step listed below, you’ll be able to watch anything your heart desires (provided it’s listed on Prime).

1. Download A VPN With An Obfuscated Server: First, you’ll need too download a high-quality VPN. Virtual Private Networks are third-party, secure external servers that mask your internet data and traffic to make it look like you’re located in another country.

The main reason people use VPNs is to make their connection more secure and ensure that nobody is able to snoop around and get access to their private data and browsing habits. However, VPNs also have the added benefit of masking your device’s IP address to make it look like you’re located in a country/region of your choosing.

That being said, using a VPN to disguise your IP address is an age-old technique that many popular streaming platforms have gotten used to. So, this means you’ll need to use an advanced VPN like NordVPN that offers obfuscated servers. These obfuscated servers are special VPN servers that run advanced algorithms to disguise the fact that they’re a VPN. This means that Amazon Prime Video’s servers won’t see that you’re using a VPN and automatically block you from accessing geo-restricted titles.

2. Change Your VPN Server’s Location: Once you’ve downloaded and installed your VPN, it’s time to boot it up and search for an obfuscated server located in the United States. Whether you’re using NordVPN or another good VPN for streaming, the interface should all look similar. The important thing is that you pick a US-based server!

3. Reboot Your Browser: Now, reboot your browser and visit www.whatismyipaddress.com. This will tell you what your IP address is and will confirm that your VPN is working properly. Make sure that your VPN is registered in the United States, and then continue to the next step.

4. Create An Amazon Prime Video Account: Alright, now the hard work is mostly done. It’s time to create or log in to your Prime Video account. Head on over to the site, and register or log in while you’re connected to the VPN.

As long as you’re using an obfuscated server, this shouldn’t be an issue. If so, then your best bet will be to go into your account settings and change your main address to that of a hotel nearby the region where your US-based VPN server is located. Note, this can be a bit of a pain and requires some research, so only do this step if your VPN still isn’t allowing you to access the geo-blocked titles. 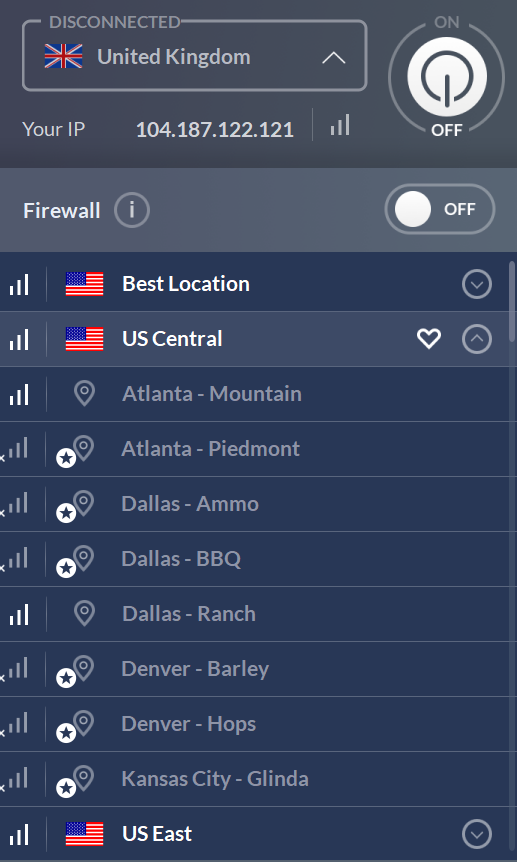 6. Access New Geo-Blocked Titles: Now, with your obfuscated VPN active, you should be able to access all of your favorite geo-blocked titles on Amazon Prime Video! So, sit back, grab your favorite snacks, and have a great evening. Just make sure that your VPN is active for the entire duration you’re logged into Amazon Prime.

While you’re at it, it’s also a good idea to set up your VPN’s firewall settings. This ensures that your internet connection is firewalled should the VPN ever malfunction and shut down for some odd reason. Basically, the firewall ensures that you won’t get realized for using a VPN should your IP address suddenly change.

One of the most common questions we get is, “Why does Amazon Prime geo-block titles?”

Ultimately, it all has to do with complex media distribution deals.

Of course, Amazon makes a good bit of its own content which includes series, movies, and a few documentaries. However, many of the titles listed on Prime Video belong to other media companies, such as FX, 21st Century Fox, MGM, and other American media giants. Prime specifically had to purchase rights to stream these titles within the United States from the media giants.

Most of the time, these distribution rights are country-specific so that it doesn’t interfere with their distribution deals with streaming countries overseas. So, in short, that’s why Amazon Prime geo-blocks certain titles depending on the region you’re accessing your account form.

Can You Change Your Country On Amazon Prime Mobile?

The steps above were intended for those trying to access Amazon Prime Video on their computers. However, if you’re like many people, then you may be trying to watch titles on a mobile device, such as an Android, iPhone, or tablet. In this case, you should be able to follow similar steps to change your country on Amazon Prime Video.

There are just a couple more steps that you’ll need to follow. For starters, you’ll need to disable your mobile data and GPS location features on your device. These are two other factors that Prime Video servers can use to track your real location.

Then, you’ll need to download a mobile VPN that features obfuscated servers, as we described above. As far as mobile devices go, we almost always suggest NordVPN thanks to their incredibly easy-to-use mobile VPN service.

Next, just follow the same steps listed above for your mobile device.

Can You Change Your Country On Amazon Firestick?

This is because Amazon “locks” their Firestick to prevent users from installing unauthorized software on it (like a VPN, for instance). By jailbreaking the Firestick, you’ll remove these locks and you’ll be able to install a VPN onto the small device. We’ve heard that IPVanish and CyberGhost VPN have programs designed to work with Firesticks.

Nine times out of ten, using a VPN to mask your IP address isn’t legal, unless you’re in a restrictive country like China or Russia where VPNs are legally prohibited. However, keep in mind that this is a violation of the ToS (terms of service) agreements for most streaming platforms.

Usually, you won’t have to worry about being banned or kicked off of the streaming platform… However, this could change in the future. The best way to ensure that you aren’t discovered using a VPN on a streaming service like Prime Video is to use a high-quality VPN that doesn’t have a lot of server downtime and offers secured obfuscated servers.

We hope this guide was able to help you! Enjoy your new Prime Video access.