How to Change Steam Region

How to Change Steam Region 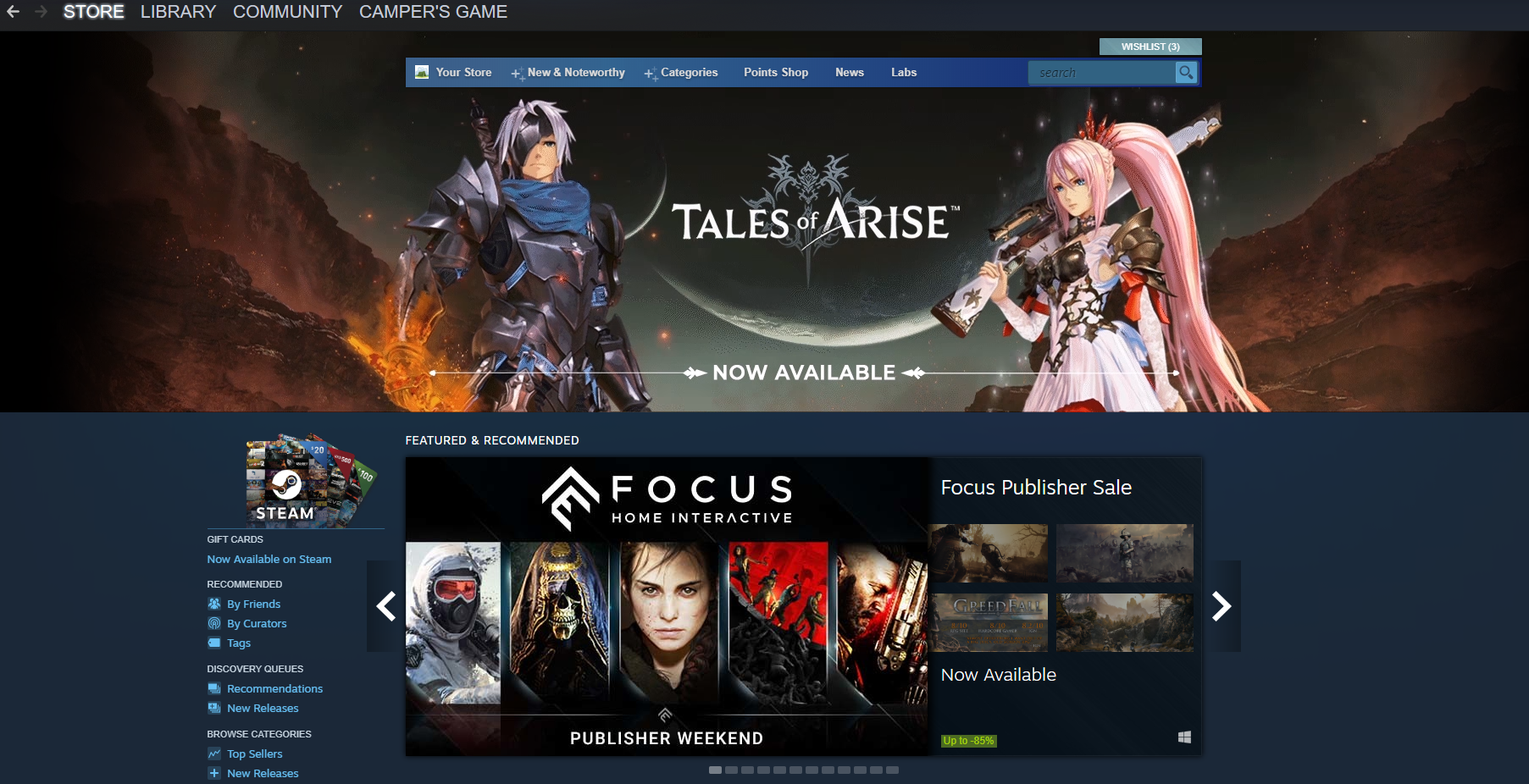 Updated on Jun 1, 2022. Everyone knows that Steam is the best platform to buy video games on, and if you look at the controversy around Epic Games Store exclusives like Borderlands 3, you’ll see that gamers are voracious in their support for Steam. However, what do you do if you want to change your Steam region? Let’s take a look.

How to Change Your Steam Region Using a VPN

VPNs are our areas of expertise here at PinpointVPN, and these versatile tools will allow you to alter your Steam region without too much trouble. We’re going to show you how to do this using ExpressVPN, but it’s also possible to change your Steam region using other VPNs including ProtonVPN.

As you can see, changing your Steam region isn’t that much of a problem but the major hurdle comes when you’re trying to actually purchase something on that new store. Since plenty of people were abusing this pricing model in the past, Steam decided to be more stringent with its rules.

This means that you’ll need to use a local payment method and a local billing address to ensure that you can change your Steam region, and even I’ve run afoul of this without using a VPN in the first place!

As a Canadian national living in Costa Rica, all of my payment methods are understandably linked to Canadian financial institutions. This means that I’m unable to use the Steam store for the country that I live in because Steam insists on me using payment methods that are exclusive to Costa Rica.

Be sure to plan out how you’re going to pay for your products if you do end up changing your Steam region so that you don’t end up running into the same issue that I’m experiencing. Many people make friends overseas and then wire them the money so that they can use their payment method to make this work.

Does Steam Let You Use a VPN?

One thing to keep in mind is that using a VPN while you’re on Steam is entirely against the terms of service, so you may end up losing your account if Steam notices that you’re abusing a VPN. While it’s pretty rare to end up getting banned for VPN use, it is still entirely possible, so don’t try to make it obvious.

Steam is well aware that its users may end up using VPNs for reasons that are entirely unrelated to Steam, and this is why they aren’t quick to ban anyone who uses a VPN while logged into Steam.

However, you may have noticed that you’re logged out of your Steam account as soon as your VPN goes active, and this is a protective measure to make sure that you don’t end up getting punished.

Why Would You Change Your Steam Region with a VPN?

There are many reasons why you’d want to change up your Steam region with a VPN, and we’re going to explore some of the most common ones over the course of this section of our guide. We’ll start by looking at the better prices you can get in other regions and then we’ll cover some of the other factors that come into play.

The single most popular reason why people end up spoofing their location so that they can change their Steam store is because other regions have better prices than in many first-world countries. Steam initially started using location-based pricing to branch out into other markets.

This makes sense when you consider that the minimum wage in many countries is more than ten times lower than it is in countries like the USA, UK, and Canada. If it weren’t for regional pricing, it would take a month’s salary just for people to be able to afford certain Steam games.

However, Steam is also aware that people bypassing their regional restrictions on pricing loses them money, so they take a pretty hard stance against people using VPNs to circumvent that pricing. This is one of the main reasons why it’s against Steam’s terms of service to use a VPN.

As with any company, the minute you start hurting Steam’s profits is when they start taking action against you, and this is understandable but still pretty annoying. If they’re going to be so strict about users using VPNs, one could argue that it’s their responsibility to ensure that people don’t do it.

Of course, getting regional pricing on Steam is one of many reasons why you may want to use a VPN, but I’ve personally used a VPN on Steam for this reason more than I have to get better prices. Remember that games release according to time zones, so if you change your location, you may have access to a game earlier on its release day.

Let’s say you want a chance to play a long-anticipated game before you have to go to work or school on its day of release. You can use a VPN to change your location to Australia or New Zealand so that Steam thinks it’s currently hours in advance of where you’re physically located.

This will allow you to download and play a launch title long before you would be able to since it hasn’t released where you’re living yet. Steam tends to be pretty lenient on people who make these transgressions because you aren’t actually losing them any money when you do this.

However, keep in mind that this is technically also against Steam’s terms of service, so if you do this repeatedly, you may end up getting warned or even punished by Steam for doing it. Be careful and use good judgement about when you take advantage of this loophole and you shouldn’t have much trouble.

Certain games on Steam are geo-locked, meaning that you can potentially be locked out of a game that you paid for if you change your Steam region. This was such a big issue that it led to Steam getting fined millions of dollars for geo-blocking some of their games due to this practice violating European antitrust laws.

While a very small number of games is actually geo-locked on Steam, that’s still a sizable amount of games when you account for the sheer number of titles on Steam. If you don’t agree with this practice, then VPNs can save the day, allowing you to get around these restrictions.

But why are games geo-blocked in the first place? Many games are blocked in certain countries because of politics. For example, PUBG Mobile was banned in India because of the game’s association with China. This occurred in the midst of India and China’s voracious border disputes, so it’s understandable why one country wouldn’t want to support the other.

Other reasons can include the laws of the country that you’re currently in. For example, games featuring Nazis are usually censored or altered in Germany because of the strict laws against showing Nazi symbolism and representing similar hate groups.

Of course, there’s more to using a VPN than just getting what you want, and it’s sometimes a matter of necessity if you want to be sure that you’re as protected as you can be on the internet. You never know who’s looking at what you’re doing on the web, and VPNs help keep all of that info private.

For example, your ISP can see each and every move that you make when you’re connected to the internet through them. This is part of the service agreement that you have with them, and while it’s certainly not right, ISPs will do it anyway and they are well within their legal rights to do so.

If you want to make it harder for your ISP to spy on you while you’re on Steam, you can use a VPN to access the game platform. This will ensure that everything you do is encrypted, and that means that your ISP will no longer have any idea what you’re doing on the web.

This allows you to remain as private as possible without sacrificing your experience enjoying the video games that you love.