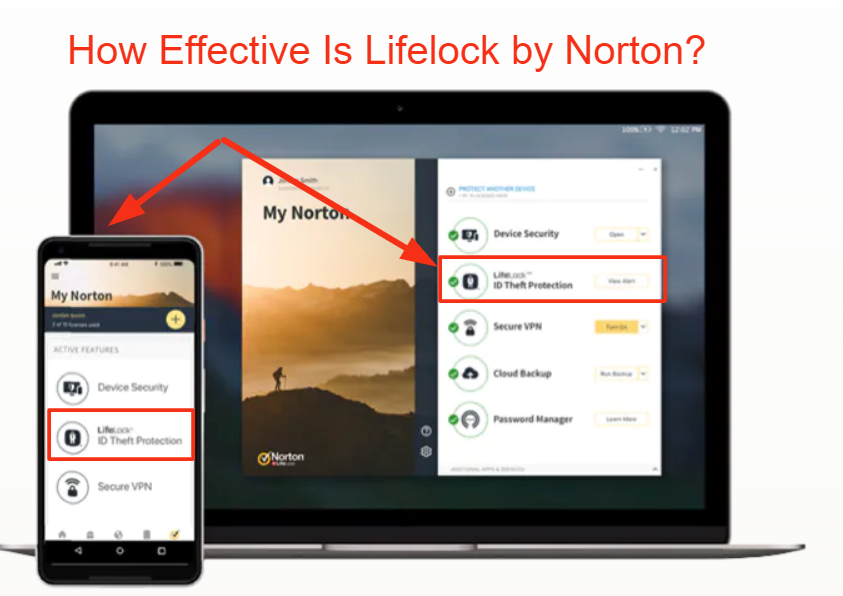 Identity theft is becoming a major issue in today’s society, and it’s even more prevalent now that everybody’s information is readily available on the internet. There are literally hackers and scammers who sit around all day waiting for people without secure VPN connections to visit dangerous websites or who actively prey on victims using phishing scams and malware.

According to the Insurance Information Institute, around 47% of all US citizens reported that they had experienced identity theft in one form or another in 2020. Identity theft may not be as dramatic as having your entire identity stolen; sometimes, it’s as simple as somebody stealing your credit card and cashing $1,000 out of your account or using your child’s social security number to get loan financing that they never plan on paying back.

With cybercrime on the rise, now is the time to start taking your online “cyber hygiene” seriously. Although there are a number of things that you can do in your own time to reduce the likelihood of your identity getting stolen, we could all use a helping hand from time to time.

This is where Lifelock (now owned by Norton Security) comes in handy. Lifelock is a full identity theft protection suite that also includes identity theft insurance in case your identity is stolen while you’re a Lifelock customer.

Recently, we’ve gotten a lot of questions about Lifelock from our readers. So, we decided that now would be the perfect time to give your our overview and professional opinion on Lifelock and how effective the software is at guarding your identity. So, if you’re interested, check it out!

Lifelock has had a very successful history in its short life. Most recently, the company was acquired by Norton (you know, the anti-malware program that comes on your brand-new laptop), and was renamed Norton Lifelock.

So, what exactly does Lifelock do?

Well, it’s now offered as an add-on when you purchase certain select Norton security subscriptions. In a nutshell, Lifelock is designed to help protect its customers from identity theft. It actively monitors all of your personal identification details and scans the web to make sure that it’s not being used anywhere. It also scans the dark web to make sure that your information isn’t being sold to scammers on dark web marketplaces.

If Lifelock thinks that your identity is at risk, you’ll be notified. Hopefully, this should give you the heads up you need to change your passwords, secure your cards, and prevent identity theft before it happens. In the event that your identity is stolen anyway, then you’ll be entitled to insurance compensation from Lifelock (the amount varies, depending on your membership tier).

So, now that you have a basic idea of what Lifelock is, let’s pop the hood and take a look at some of the key features and tools that Lifelock employs to help keep its customers’ identities secure and safe from hackers, scammers, and other nefarious agents.

1. Identity Theft Monitoring and Alerts: As we described in the overview above, Lifelock’s main feature is that it’s constantly monitoring the clearnet (regular internet) and the dark web to make sure that your personal data isn’t being exposed, shared, or sold to the highest bidder.

Some of the data that Lifelock monitors include your email addresses, passwords, bank accounts, credit/debit cards, social security numbers, home addresses, and other sensitive information. The more information that you give Lifelock to work with, the better they can monitor your profile for various forms of identity theft.

Lifelock also keeps ears to the ground, so you’ll be the first to know if any of your data could potentially be compromised as a result of a data breach (i.e., when Sony was hacked and thousands of Playstation Plus accounts were hacked and had their credit card information stolen).

If a problem (or potential problem) is detected, then Lifelock will immediately alert you and give you helpful tips on how to prevent your identity from being compromised.

2. VPN Included For Online Privacy: Another cool feature included with your Lifelock membership is that you’ll have access to a fairly decent VPN service, backed by Norton. A VPN (virtual private network) is a remote server that re-routes your internet data through an encrypted tunnel, preventing snoopers, hackers, and even your internet service provider from being able to view the data you enter online (passwords, usernames, private messages, etc.).

Overall, Lifelock/Norton’s VPN is comparable in performance to several of the VPNs we’ve reviewed in the past, such as NordVPN and ProtonVPN.

3. Increased Security Across Devices: Since Lifelock comes bundled with Norton 360 anti-virus software, you’ll have enhanced device security. Norton 360 will work alongside Lifelock to protect your device from malware, scan your downloads for viruses, and alert you when you’re visiting a questionable or dangerous website.

4. Identity Theft Resolution: In the event that your identity is stolen or becomes compromised, Lifelock will go to work and help you to recover your identity and stop the process before it gets any worse.

5. Identity Theft Restitution: Depending on the tier of subscription you have with Norton Lifelock, you’ll be insured against identity theft. Starter plans offer up to $25,000 in restitution for identity theft, while their top plan offers up to a million dollars in coverage if your identity is stolen and money is lost. 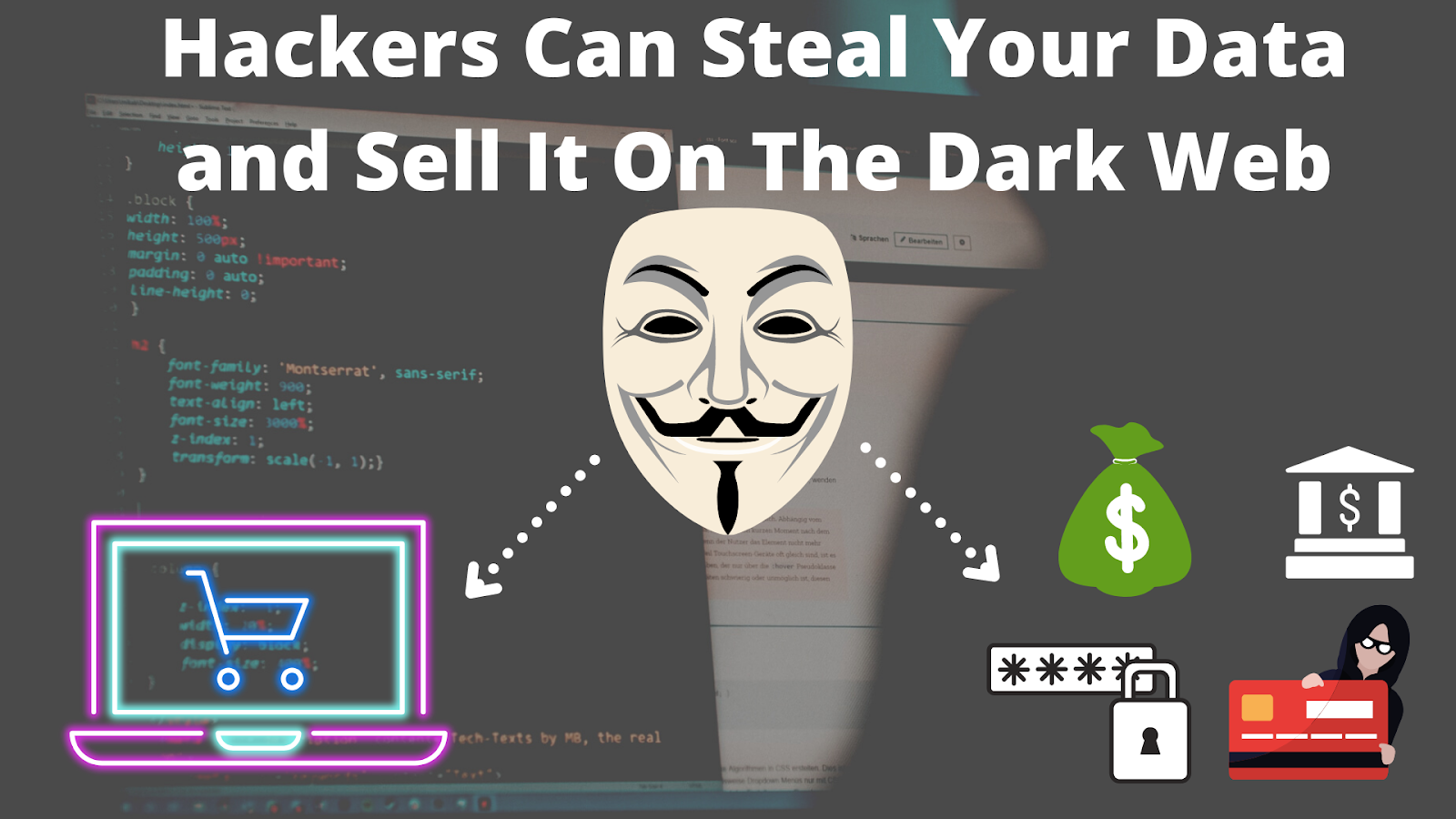 Overall, Lifelock is a very effective program and does a great job at what it’s supposed to do. It actively monitors the entire internet (including the dark web) to make sure your data isn’t being shared or sold, gives you the best course of action if your data is compromised, and even offers insurance in the event that you experience a financial loss as a result of your identity being stolen.

In addition to Lifelock’s identity theft monitoring, alerts, and resolution, the program also includes some notable features such as a password manager and access to a secure VPN service that’s backed by Norton’s award-winning security protocols.

Below, you’ll find a brief overview of Lifelock as it applies to various areas.

We have to give Lifelock an A+ in terms of its overall usability. If you’re not a tech wiz and don’t want to manage multiple identity monitoring and security programs, then Lifelock with Norton 360 is basically a one-stop shop for all of your online security and identity monitoring needs.

It’s incredibly easy to use, has large, easy-to-understand icons, provides users with detailed alerts, performs regular, automatic scans, and works in the background without you having to lift a finger. If your a busy individual and don’t have time to spend on the small details (which is where hackers always get you), then Norton Lifelock is one of the simplest, most effective programs available. Additionally, you can use it across devices to ensure that you’re protected wherever you go.

Lifelock does a great job of monitoring your profile for identity theft and alerts. Every detail, no matter how small, is recorded and noted within Lifelock. This detailed monitoring gives you the time you need to take proactive action and prevent identity theft before it happens. It’s kind of like getting a warning that somebody’s going to try to rob your house the week before it happens! So, again, Lifelock gets an A+ rating here as well.

Here’s where some people get a bit iffy about Lifelock. Because it’s a full suite that comes with Norton’s 360 anti-virus software, it is going to be more expensive than some of the competing identity monitoring programs out there. Their pricing tier is as follows:

In addition to the considerable difference in identity theft reimbursement, Lifelock also offers additional features (such as mobile phone takeover notification, 3-bureau credit score reports, and 401k account alerts) for their Advantage and Ultimate Plus members.

However, if you consider the fact that you’re getting a full anti-virus program AND identity theft protection at the same time, though, it’s really not that bad of a deal. Plus, if you pay annually, you’ll be able to save up to 15% for your first year of service.

If that’s not enough to motivate you, then keep in mind how much time and money you can lose if you do have your identity stolen. Not only will Lifelock help you retake your identity but they’ll also compensate you for any financial loss you may be on the receiving end of.

Who Should Use Identity Theft Monitoring?

Now, you may be thinking, “I’m not exactly rich… why would anybody want to steal my identity?”

The reality is, though, that you don’t have to be rich or famous to have your identity stolen. In fact, cybercriminals prefer to target middle-income individuals because there’s less chance of them being caught or charged.

Wealthier individuals are more likely to have identity theft monitoring, which makes them harder targets. Conversely, many lower and middle-income individuals don’t take their identity security seriously enough to bother protecting it.

Do you see where we’re going with this?

For identity thieves, it’s usually not about making a big score and taking tens of thousands of dollars at once. Many scammers and hackers operate on a volume business model and prefer to steal small amounts over time from lots of different people. They may even just use your information to file a fake tax refund in your name and steal your refund money; when you go to file your taxes, then your real return will be rejected.

Long story short, everybody should be monitoring their identity in today’s society.

Verdict: Is Lifelock Worth The Money?

So, is Lifelock worth it?

We’d have to say YES. Although it’s a bit more pricy than some of the competing identity monitoring programs out there, its additional security features combined with total access to Norton 360 anti-virus and identity theft insurance make Norton Lifelock well worth every penny.

If you’re still not sure about it, then we recommend signing up for a monthly membership. This gives you time to try it out and allows you to cancel your subscription at any time if you’re not satisfied with it. Then, if you like the program, you can renew for an annual subscription and save some cash.