Hashing vs. Encryption: What’s The Difference?

Hashing vs. Encryption: What’s The Difference? 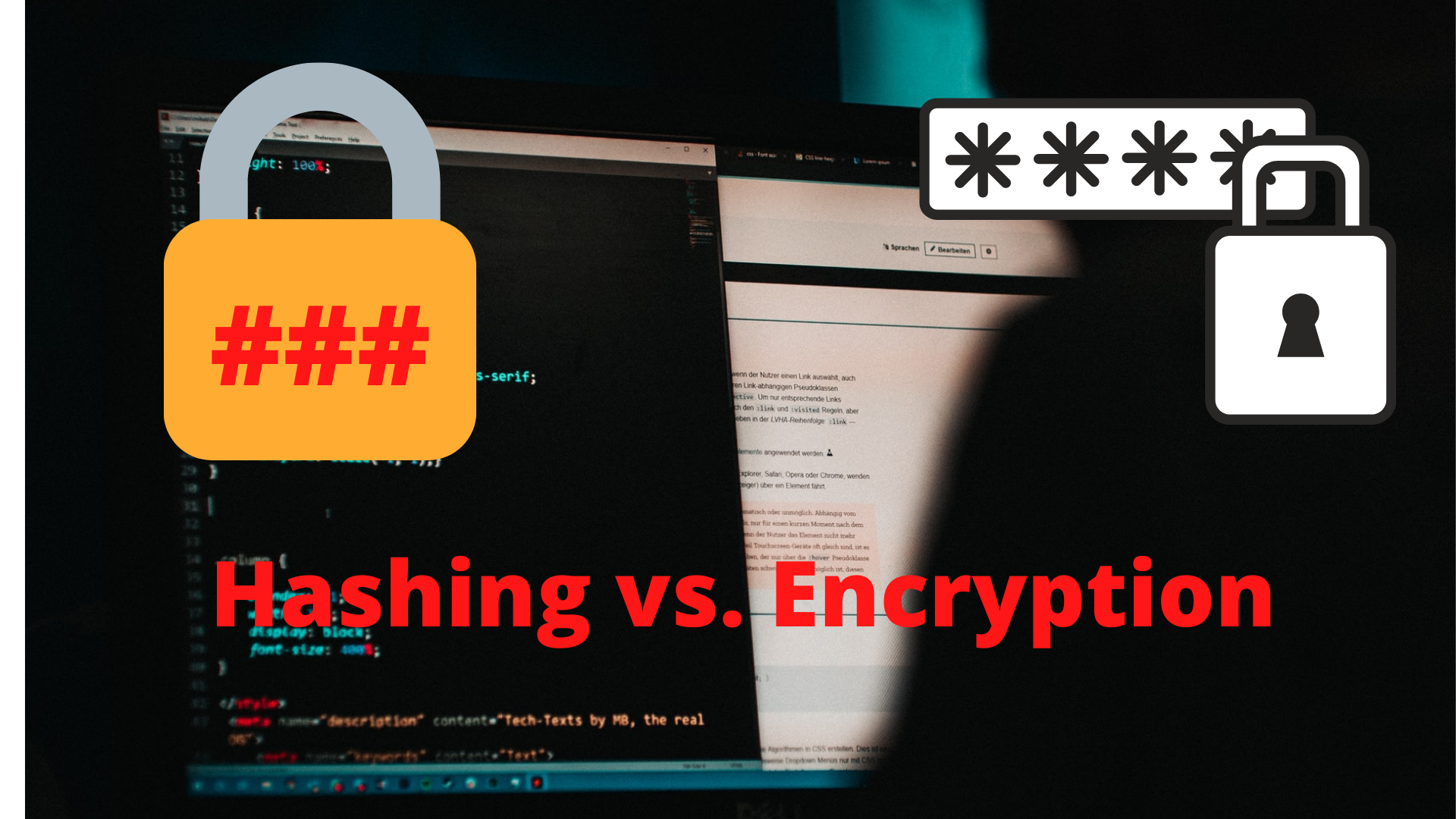 If you’ve been learning about network security and computing, then you’ve probably come across two key terms: hashing and encryption. Both are important concepts that are used to keep your information and data secure and organized through the use of advanced computer algorithms.

However, the goal of each algorithm is different, which is why hashing and encryption are often used for different purposes. If you’ve read any of our other posts reviewing VPNs, then you may remember that almost all commercial VPN services offer encryption designed to protect your internet browsing activities from prying eyes.

This is just one example of how encryption is used in our daily lives. If you’ve ever wanted to learn more about hashing, encryption, and how they relate to internet security, then you’ve come to the right place! In this post, we’ll explain how each function works, the difference between hashing vs. encryption, and answer some of the most commonly asked questions on the topic.

First, we’ll start by explaining how hashing works. Hashing is a one-way process in which a string of text is converted into a fixed, unique hash value. This is done algorithmically as the hashing algorithm processes the text and runs it through a function designed to turn it into pure hash code.

For example, a hashing algorithm might turn the following text into a hash code:

Hashing has a number of benefits, among them that once complete, the hashing function is irreversible. This means that it’s impossible for hackers to access the original data.

For example, if your bank requires you to answer a security question to log in, the answer you give will likely be hashed. As the user, you’ll just see plain text. However, once you hit ‘Submit,’ your answer will be hashed and compared to the stored hash that represents the original set answer to the security questions.

Now, when prompted to answer the question, let’s say you accidentally misspell it as “Smiht,” which correlates to a hash value of “##$5y”…

The system will compare the hash value of what you entered to the hash file it has stored for you, see that the two hash values don’t match, and will ask you to re-enter the answer to your security question.

The great thing about hashing is that a hacker can’t intercept the message and see the answer. All they’ll see is a random hash code that was algorithmically generated and impossible to decode. Even the banking institution won’t be able to see your actual answer; they’ll just see the stored hash code. This means that even if a hacker hacked into your bank’s server, they’d still be left with a random hash code that they couldn’t do anything with.

That’s what makes hashing so powerful: it can’t be reversed or decoded.

What Is Hashing Used For?

Hashing is often used to handle password inputs as well. When you input a password, it might correlate to a unique hash value. The authentication system compares the hash value of what you just entered to the stored hash value of your actual password. If they match, you’ll be logged in; if not, you’ll be denied.

Hashing is also what’s used when you create a digital signature. Your name might not be unique, but the hash code used to encode your name ensures that your signature is, in fact, unique and impossible (or at least difficult) to replicate.

Encryption is the evolution of cryptography, a practice that’s been going on since humans first taught themselves to read and write. Encryption is used to scramble and disguise data so that only the sender and receiver are able to understand the contents of the text.

The concept of encryption is simple:

Encryption is one of the most reliable ways of ensuring that no third parties and in-betweeners are able to intercept and read your message. For example, spies in the Cold War used to use key terms to represent various hidden meanings (e.g., “It’s a cold night” could mean “It’s time to execute the plan”).

Modern encryption obviously doesn’t use the same easy-to-detect keys. Instead, they use algorithmic functions to scramble up text/data and turn it into a special code that can only be read by the creator and the entity meant to receive the text/data.

How Are VPNs Encrypted?

As we mentioned in the intro, almost all commercial VPNs (like Cyberghost VPN, for example) are encrypted. This is how they’re able to keep your internet traffic and data private. Even if somebody was able to discover what VPN server you’re using (which is highly unlikely), they would have to bypass military-grade AES encryption before they could access the data being transmitted through the server’s internet connection.

What’s The Difference: Hashing vs. Encryption 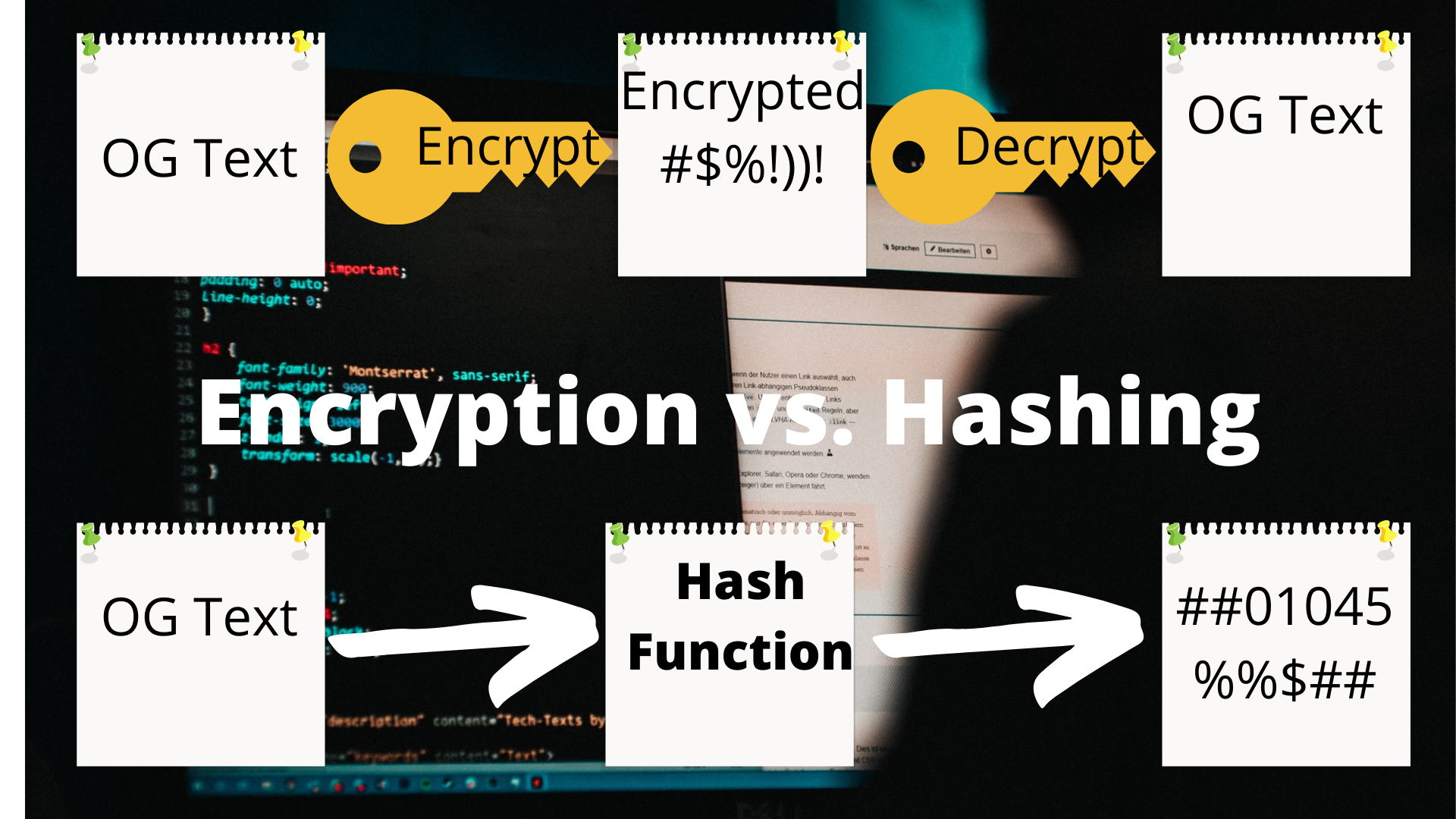 There are a few key differences between hashing and encryption. Here are the basics you need to know:

Both hashing and encryption are important functions when it comes to internet security. Each has a different purpose, but both have their place. Without either, there would be a lot more important data and unsecured confidential information on the internet.

Because most VPN services use both hashing and encryption, it’s good to have at least a rudimentary understanding of how both algorithms work to keep you secure.