How to Fix Fortnite Lag and Make It Run Smooth

Fortnite is easily the biggest game in the world, but that doesn’t mean that it’s free of the number-one thing that’s plagued players since the dawn of online gaming: lag. If you’re trying to fix your lag in Fortnite, you’ve come to the right place. We’ll show you how to iron out any issues and get back to wrecking noobs ASAP. 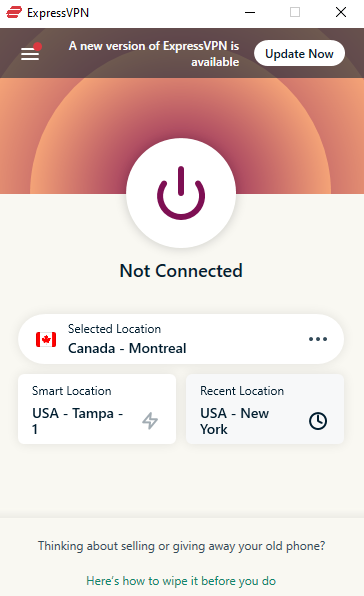 As you’d expect from us here at PinpointVPN, we’d highly recommend trying out a VPN to solve any issues you may be having with Fortnite lag. Be sure to use a high-quality VPN like ZenMate or SurfShark to ensure that you have access to the fastest servers possible since free VPNs will often cause more lag than they solve.

So how does a VPN help you solve your issues with Fortnite lag? One of the most common causes of lag in Epic Games’ battle royale is overly congested servers. If the servers in your region have a huge number of players trying to access them, then you’ll likely run into some serious lag.

By using a VPN to change your location, you can access other servers that may currently have fewer players on them. Fewer players results in less congestion on the network and less lag for you. However, this isn’t the only reason why a VPN could help you improve your connection to Fortnite’s servers.

For example, if your ISP likes to throttle your connection while you’re gaming, a VPN can help mask your activity from it. This will allow you to play without having to worry about getting throttled unless you’ve reached your download limit for the month.

There are countless factors that can cause lag in Fortnite, and you’ll want to be sure where the lag is coming from before you start looking for a solution. It’s pretty easy to confuse frame rate drops for lag in Fortnite since both of them will result in choppy gameplay that makes things harder on you.

We’ll explore some of the most common network conditions that result in Fortnite lag and we’ll also cover some things that can cause frame rate drops in Fortnite. Some of these factors include your ISP throttling your speed, a slow connection, an overly active network, and issues with your PC’s hardware.

Speed throttling occurs when your ISP sees that you’re using too much bandwidth and they go on to lower your internet speed to dissuade you from overusing the network. Throttling has long been the bane of online gamers, and it can occur in a few different circumstances.

Throttling isn’t the only thing that can make your internet start chugging along when you need it most, and getting throttled isn’t nearly as bad as having a slow internet speed. If your connection’s base speed is too low, you can expect to run into connection issues while playing Fortnite.

You’ll want to take a close look at your upload and download speeds to ensure that they aren’t too low for you to enjoy Fortnite. Keep in mind that games like Fortnite don’t require an extremely fast connection, but you’ll need to have one that’s consistent and doesn’t have too much packet loss.

Other People Downloading or Streaming on Your Network

If you share your local network with roommates or family members, then there’s no guarantee that you’ll always have access to the full speed of your connection. For example, if other people are using your network at the same time as you’re gaming, your internet speed will slow down noticeably.

However, other people being on the network won’t slow things down quite as much as them streaming or downloading on it. If possible, try and get your family or roommates to limit their download speed so that their downloads don’t end up hogging up the entirety of your connection.

There are also issues with your computer hardware that could result in lag or FPS drops. For example, if you’re lagging on your PC but on none of the other devices on your network, you may be having a problem with your computer’s network adapter (i.e. the wifi card).

Other issues may be due to your computer’s hardware causing lower frame rates, such as your GPU or your CPU. If your computer hardware is getting a little dated, you may wish to replace some of the hardware so that you can solve your frame rate drops.

Having dated graphics drivers can also result in issues that could potentially be interpreted as lag. It’s always a good idea to have the newest possible drivers when you’re playing a game like Fortnite because Nvidia and AMD are always working on their GPUs to make them work with the latest updates to games like Fortnite.

To update your graphics drivers, you’ll have to go to your GPU maker’s site or use their software (like Nvidia’s GeForce Experience) so that you can download and install the drivers. If you haven’t updated your drivers since you got your computer, you may experience a noticeable difference in performance.

Why Does Fortnite Lag on My Console but not my Computer?

If you have Fortnite on PC and on a console like the PS4 or even the PS5 (if you can find one), you may be wondering why you have more lag on one platform than on another. For example, if the game lags on your console, it may be due to performance issues with your console.

Since consoles are usually less capable than powerful gaming PCs, you can expect issues with them to be related to the hardware and the FPS that you’re getting. You should also check and see whether both of your devices are using a wired connection, since wifi can be a little spotty for gaming.

Are You Allowed to Use a VPN in Fortnite?

Keep in mind that you’re technically not allowed to use a VPN when you’re playing Fortnite. If Epic Games detects that you’re using a VPN, you’ll be greeted with a prompt that tells you to disable your VPN so that you can access the game. This is yet another reason why you’ll want to use a premium VPN.

Premium VPNs usually rotate through their servers more frequently than free VPNs, meaning that their IPs are less likely to get discovered than the free ones. This means that you’re more likely to get into Fortnite without running into the prompt that tells you to disable your VPN.

Can a VPN Make You Lag in Fortnite?

One thing to consider is that the wrong VPN can actually end up increasing the amount that you lag if you don’t use it properly. For example, if you’re using a free VPN with slower servers, your connection may end up being slower and less reliable than it would be without a VPN at all.

You’ll also want to pay close attention to the VPN server that you’re connected to as well as its distance from you. If you’re playing on a server that’s further away, you can expect to run into more issues with lag and packet loss.