Ethical Hacking: What It Means and Why It’s Used

Ethical Hacking: What It Means and Why It’s Used 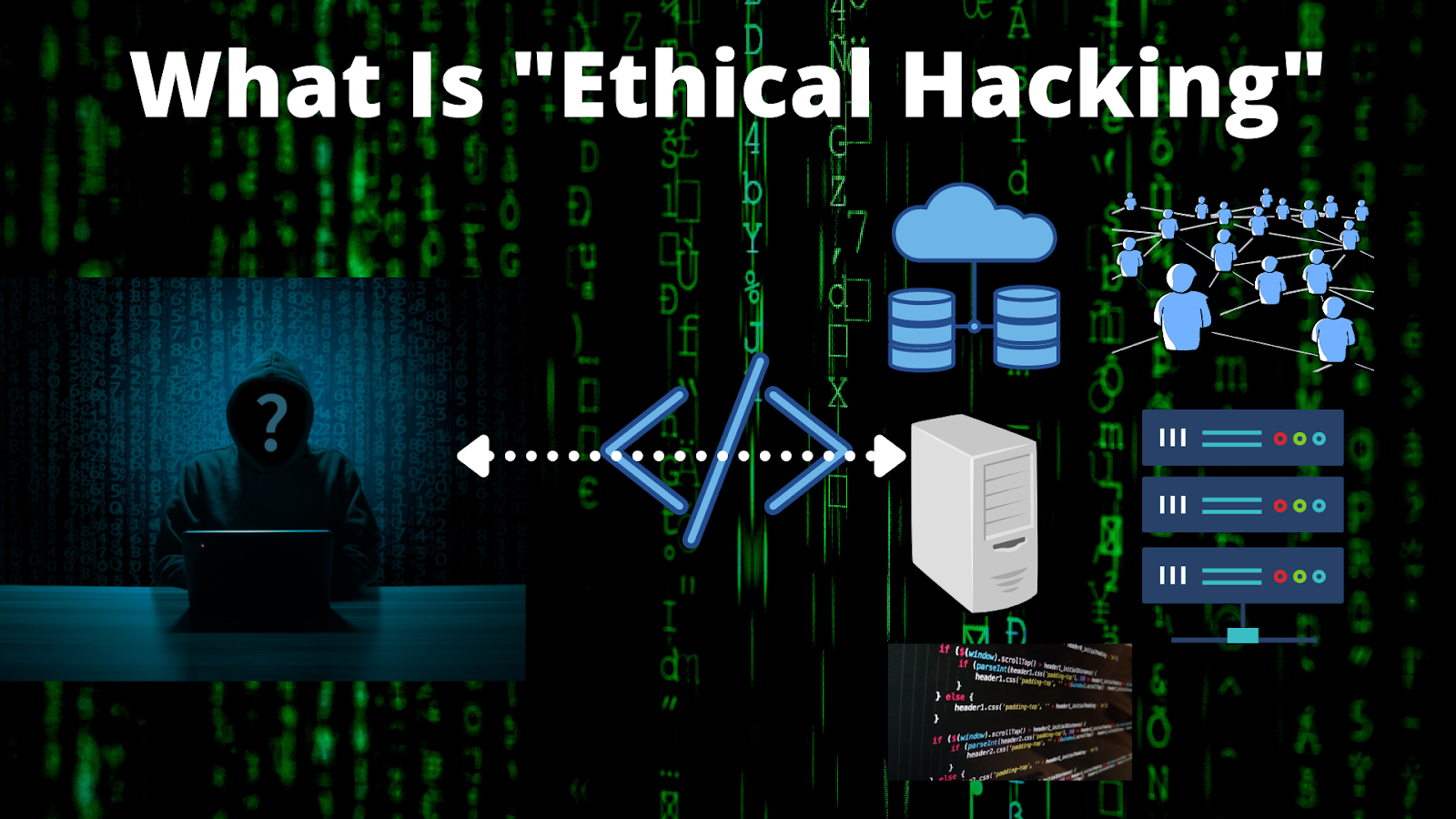 When most people think of a hacker, they tend to envision the stereotypical hacker with a dark hoodie and an Anonymous mask (made popular by the film V For Vendetta).

As you’re reading this, you’re probably drawing up a mental image of a shadowy hacker slamming keys and commands into their computer console as they try to rob multi-national banks and hack into government organizations…

While there are certainly hackers who fit this description, there are also “ethical hackers” who work on the light side (if you’ll permit the Star Wars reference). These hackers are every bit as skilled as “black hat” hackers but use their powers for good.

Instead of giving you another VPN review or showing you how to overcome Netflix geo-restrictions, today’s cybersecurity article is going to focus on ethical hacking. We’ll explain exactly what ethical hacking is, the different types of ethical hacking applications, and how to get a job as an ethical hacker. Let’s dive in!

First, let’s start by defining the term so you can see how it differentiates from traditional hacking, as most people think of it.

It usually involves the same tactics used by black hat hackers, with one exception – the hack isn’t malicious. While an evil hacker might use the data they acquire to harm the target or exploit money, the ethical hacker would explain the vulnerabilities to the group or individual that contracted them. Some ethical hackers may even go a step further and be hired to help repair the exploited vulnerability to prevent malicious hacking attempts in the future.

Why Is Ethical Hacking Used?

The main reason ethical hacking exists is to help prevent unethical hacking. It’s kind of like hiring a professional ex-thief to help you make your home more secure from real thieves. Ethical hackers have the same skill set as malicious hackers, which means they know where to look for weaknesses.

If they’re able to penetrate the system, then it means that a malicious hacker could easily do the same. When it comes to government agencies or large corporations, this is especially important, as the compromised data could be worth large sums of money or may even endanger lives.

What Does Ethical Hacking Involve?

Ethical hacking can involve a number of different tests and methods. The larger the organization or computer system is, the more complex the hacking attempt can be. Larger computer systems mean more data and more possible vulnerabilities.

The first thing that a hacker will usually check for are vulnerabilities associated with the organization’s website. This is often the first place that hackers target as it’s most often taken for granted. The ethical hacker will attempt to use techniques such as SQL injection to gain unauthorized access to private website files, messages, and pages that should only be available to authorized users.

After testing the organization’s website, they’ll usually move on and attempt to penetrate individual devices that are connected to the organization’s network. This could mean hacking into computers, printers, Bluetooth cameras, tablets, or even smartphones that have access to the network. For example, a CEO’s personal smartphone could have a poor password or may not be encrypted, leaving it vulnerable to the simplest of hacks.

Often, the ethical hacker may help the organization set up a good VPN with a dedicated IP address that the entire company can connect to so they can protect their online data.

After this, the ethical hacker will usually dive deeper, attempting to penetrate the organization’s computer system itself. They’ll often do this from within the building, in an attempt to mimic a hacking attempt made by an insider or double agent.

A full ethical hacking contract can easily take weeks at a time to root out all of the possible weak points of a computer system. In some cases (i.e., government organizations), where the computer system is being constantly updated, accessed, and reviewed, the organization will hire full-time ethical hackers to ensure that vulnerabilities are taken care of around the clock.

The Two Types of Ethical Hacking

Ethical hackers are generally hired by private parties or by government/military agencies. Some ethical hackers work for large cybersecurity firms or freelance for themselves. Here’s a quick breakdown of the two types of ethical hacking.

You may remember the 2011 hack on Sony’s PlayStation Network, where over 77 million accounts worldwide were compromised. The compromised accounts had credit card information and other personal identification details stolen (most likely for identity theft reasons).

This is just one such example of a large corporation being hacked by malicious groups. Ethical hackers are often hired by private and public corporations, organizations, or even high-profile VIPs who have access to sensitive data and information. Once hired, the ethical hacker will attempt to penetrate private systems, fixing them as they go along.

When it comes to the military and law enforcement, hackers may be hired for defense or offense. Cybersecurity professionals work 24/7 to ensure that government/military computer systems remain safe and secure from terrorists and outside threats attempting to hack into sensitive systems.

Conversely, governments, military groups, and law enforcement agencies may hire ethical hackers to go on the offense by hacking into terrorist groups, drug trafficking cartels, and rooting out other illegal activity. 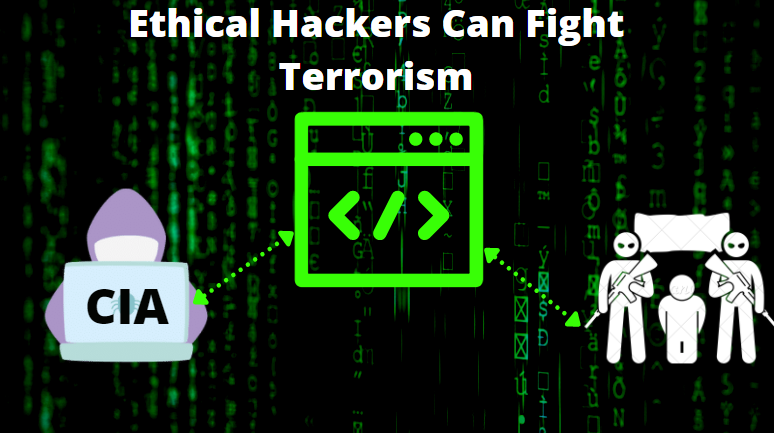 How Do You Get A Job As An Ethical Hacker?

If you’re interested in a career as an ethical hacker, then there’s never been a better time to enter the industry. Most ethical hacking jobs require that you have at least an associate’s degree in cybersecurity. You may also be able to enter the field by participating in third-party cybersecurity certification programs.

Ultimately, your ability to land a high-paying job will depend on your overall skill level. The more you know and the more experience you have, the easier it will be to land a great position. So, it helps to learn as much as you can and receive as many credits as possible.

Once you gain some real-world experience working with a cybersecurity firm, then you may decide to open your own business doing freelance work for private companies and individuals. These opportunities can come with big money due to the sensitive nature of the work.

The main thing that you’ll need to keep in mind is that you’ll always need to continue learning and expanding your knowledge of computer systems, hacking, and cybersecurity. This is one area of technology that’s constantly expanding and growing, which means that you can’t afford to fall behind or become out of touch with the latest tactics used by black hat hackers.

Without ethical hackers, none of us would be safe. Pretty much every major organization that we’re involved in or app we use employs ethical hacks to keep our accounts from being compromised. From our online banking to our social security and tax records, ethical hackers work around the clock for private parties, corporations, and government/military groups to ensure that everyday people like us are able to use our computers and the internet with limited fear.