Updated on Jun 1, 2022. We’ve already discussed the dark web at length here at PinpointVPN, but for some reason, we keep coming back to it. It’s just interesting to learn about this deeper version of the internet that lurks just beneath the surface, away from prying eyes. It’s almost like the digital version of the Wild West.

This time, we’re not going to explain how you can use Ivacy or Trust.Zone to keep yourself private on the dark web, however. Instead, we’re going to look at something a little more exciting: some of the most notable criminal cases that have ever been linked to the dark web.

Evite is a business that allows people to create digital social invitations, and they have plenty of info about their users stored on their servers. Back in 2019, the site was compromised, resulting in one of the largest data breaches in history, with more than ten million people having their info leaked.

This led to Evite becoming less trustworthy in the eyes of customers through no fault of their own and it also reminded other businesses that they need to shape up their internet security. At this point, you may be wondering where the dark web comes into play, since data breaches happen all the time.

The hacker who got their hands on all of this info was known as Gnosticplayers, and they asked for a ransom of just under $2000 from Evite so they could get the info back. Whether or not Evite ever received the offer or even considered it is unknown, but what is known is that they didn’t pay out.

This led to Gnosticplayers selling the hacked info on several dark web sites. Over time, these sites were shut down, and Gnosticplayers has been off the radar since 2019. Whether they are still out there is a question that remains to be answered, and nobody knows what happened to all of the data.

While this may not be the most exciting story about illegal activities on the dark web, it teaches us a valuable lesson about believing that the data we share with companies is secure. Remember that there’s always a risk of a data breach occurring and getting you compromised, so be wary of who you share your info with.

Hieu Minh was a hacker from Vietnam who specialized in identity theft, and he was eventually convicted for stealing the info of hundreds of thousands of people. While he was in university, Hieu Minh became an administrator of several dark web forums that were focused on hacking.

Over time, he ended up figuring out a way to get the info from payment processing platforms by hacking into them. Using this vulnerability, he would go from site to site and get the credit card info of various users and then he eventually used the data to buy concert tickets and resell them online.

After having his New Zealand visa revoked, Hieu Minh returned to his native Vietnam where he continued hacking. Over the course of six years, he shifted his focus to personal info that he would gather from many different sites. He would go on to sell this info to other criminals over the dark web.

Eventually, Hieu Minh entered American territory, where he was promptly arrested by US Secret Service Agents after being entrapped. After snitching on many of his customers based in the US, Hieu Minh received a lightened sentence. He was sentenced to 13 years in US federal prison.

Silk Road is synonymous with dark web illegal marketplaces, and it was one of the first to gain widespread traction. However, in an industry where you’re selling things illegally on the internet, it often doesn’t pay to have a lot of attention directed at you, as the site’s founder would soon learn.

Silk Road was mainly a platform on which people would sell and mail drugs to clients over the dark web. Between 2011 and 2013, Silk Road had over 100,000 customers, and the site had plenty of sellers who would pay a fee so they could host their goods on the platform.

The founder of Silk Road was referred to only as “Dread Pirate Roberts,” and he was the target of a search by the FBI. Over time, FBI investigators doing independent investigative work eventually determined that Ross Ulbricht was the founder of the site, and they set in motion an operation to apprehend him.

Once convicted, Ulbricht was sentenced to five concurrent sentences, including two life sentences without the possibility of parole. Him and his lawyer attempted to appeal the charges, but requests for appeal were denied and the Supreme Court decided not to hear the case.

Silk Road wasn’t the only illicit market operating on the dark web, and there have been plenty of other sites that have tried to fill the vacuum that it left behind. These sites include Wall Street Market, which made headlines as another one of the most notorious dark web criminal cases.

Whereas Silk Road was run by Ulbricht from the United States, Wall Street Market was run by three individuals based in Germany. They ran a site with over 5000 vendors offering all sorts of products including illegal drugs, but there were also other contraband items available on Wall Street Market. These items included fake documents and papers as well as other illegal goods.

Some of the site’s founders were caught because of inconsistent VPN connections that revealed their whereabouts and personal information that they were trying to keep hidden. Others were caught due to diligent work on the part of investigators to link together specific VPN traffic patterns.

Along with the people running the site, this led to plenty of sellers on the platform being convicted of drug distribution. The operation led to millions of dollars worth of cryptocurrency being seized by state agencies and this also acted as a blow to the illicit goods industry on the dark web.

This is where the cases start to get truly horrendous, so you’ve been warned. Eric Eoin Marques is an Irish citizen that ran a dark web site that was known for distributing images of child abuse. These images ranged from graphic to gruesome and disturbing.

In 2013, Eric Marques was arrested by Irish police after they cooperated with the FBI to figure out his whereabouts. In 2019, Eric Marques was extradited to the United States to stand before a federal judge. In the meantime, the FBI was hard at work identifying children that were featured in some of the site’s content.

Many of these children were contacted by social services so that they could receive the help that they needed. During the trial, Marques was deemed guilty by the judge and sentenced to 27 years in federal prison, which is markedly lower than many of the sentences handed out to convicted dark web drug dealers.

Aside from the questionable decision to impose a relatively light sentence on Marques, the authorities did the right job in stopping someone running a site glorifying child violence. Sites like these create a demand for abusive images of children, making everyone who looks at them complicit in child abuse. 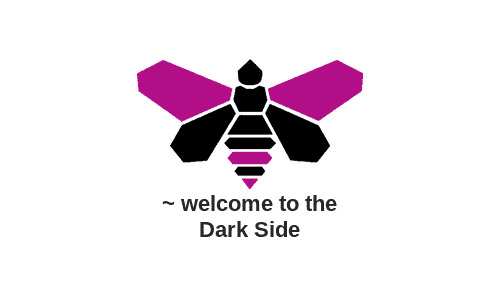 DarkMarket is one of the most recent dark web marketplaces that has been shut down, with federal investigators taking it down in early 2021. This site featured rules and regulations that the founders believed would help keep them below the radar of cyber crime divisions, including a ban on the sale of fentanyl and images of child abuse.

The founder of DarkMarket was an Australian known only as Julian K. and he was apprehended with the help of German federal police. Interestingly enough, some of the developments in this case may have been linked to information seized from the servers of Wall Street Market, which we discussed earlier.

Due to many of these dark web storefronts being linked together, one of them falling can sometimes result in a chain reaction in which many more of them are caught by the authorities.

However, investigators have also mentioned that taking down all dark web marketplaces is unfeasible. Every time one is caught, another one will spring up to provide a supply for the demand. After all, some human beings seem to have an insatiable need for illegal goods.