Banned From Fortnite? Here’s What To Do Next…

Banned From Fortnite? Here’s What To Do Next… 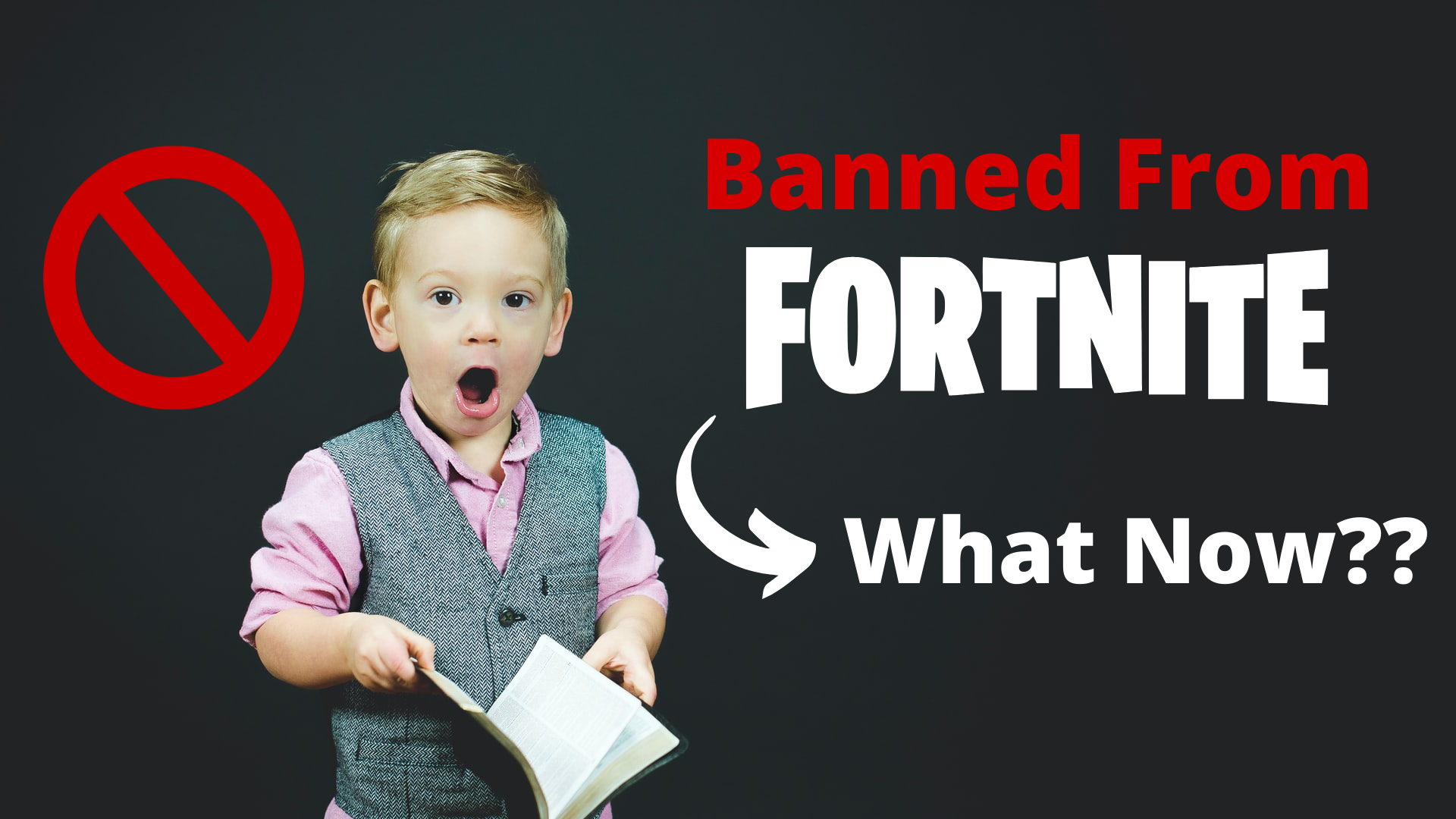 Updated on Jun 1, 2022. One minute you’re enjoying your night off, shooting bad guys, building custom bases, and talking trash to your buddies in a live match… The next minute your screen blacks out and you’re met with an unfriendly pop-up message telling you that you’ve been banned from Fortnite’s servers…

How LAME is that? You paid for a game and now you’re getting banned from it?

Some bans are temporary “warnings,” while others are long-term prison sentences for your player. Whatever the case may be, it’s more than annoying for most serious Fortnite players.

So, if you’re tired of the censorship and unfair bans, then this article is for you! You never know when you (or a friend) might become the next victim of a mass ban and have to use these techniques to get back in the game.

Why Does Fortnite Ban Players?

Of course, it goes without saying that the best thing you can do is prevent yourself from being banned, to begin with. Typically, Fortnite tries not to ban players unless they’re in direct violation of their terms of service and rules for fair play. That being said, here are some of the most common reasons why players may be banned from Fortnite’s online servers:

How Long Do Fortnite Bans Last For?

The length of a Fortnite ban entirely depends on the offense and how many times you’ve committed it in the past. Generally speaking, if it’s a lighter offense (bad language, for example), you’ll just receive a short ban that lasts for a few days or so. However, if this light offense is repeated in the future, you stand to receive longer bans or even permanent bans.

If you’ve committed heavier offenses, such as cheating or hate speech, you could be permanently banned on the first offense.

Fortnite bans players based on their accounts and their IP addresses. This means that you won’t be able to get around a ban just by creating a new account. If it’s still connected to your home internet, the new account will still be banned, no matter how many new accounts you try to create.

Additionally, your original account will be banned too. This means that even if you use a VPN like CyberGhost to mask your IP, you’ll still be banned if you try to log in with the same account. This is why it’s necessary to create a new IP and a new account at the same time.

What To Do If You’re Banned From Fortnite On Your PC:

So, now that you know a little bit more about why your account got banned and how Fortnite bans work, you have a little bit more context as far as what to do if you’re banned from Fortnite. With that being said, here’s how to bypass the ban and get back in the game!

1. Download A Fast VPN: Firstly, you’ll need to download a good VPN. Virtual Private Networks are services that re-route your internet traffic through a secured external server located in another region. Depending on what server you choose, it could make your device look like it’s located in another country or just another region of your own country.

The VPN is what’s going to allow you to bypass your IP ban. If you were on your home internet when you were banned, any device from that internet connection will also be banned if you try to log back in or create a new account. The VPN will give your device an entirely new IP address, allowing you to blow past the ban.

When it comes to gaming, you’ll want to go with a fast VPN to ensure that you don’t experience any lag while playing on the VPN network. Here’s a list of ultra-fast VPNs that are good for gaming applications.

2. Connect To A VPN Server In Your Country: Now that your VPN is up and running, you’ll need to connect to a server in your country. The reason for this is that if you try to connect to a VPN server located in another country, you’ll likely experience lag since your traffic is being routed through an entirely different country (which takes extra time).

Overseas VPNs are fine for browsing or downloading content; but for gaming purposes, you’ll want to pick a VPN server that’s as close to your actual location as possible. 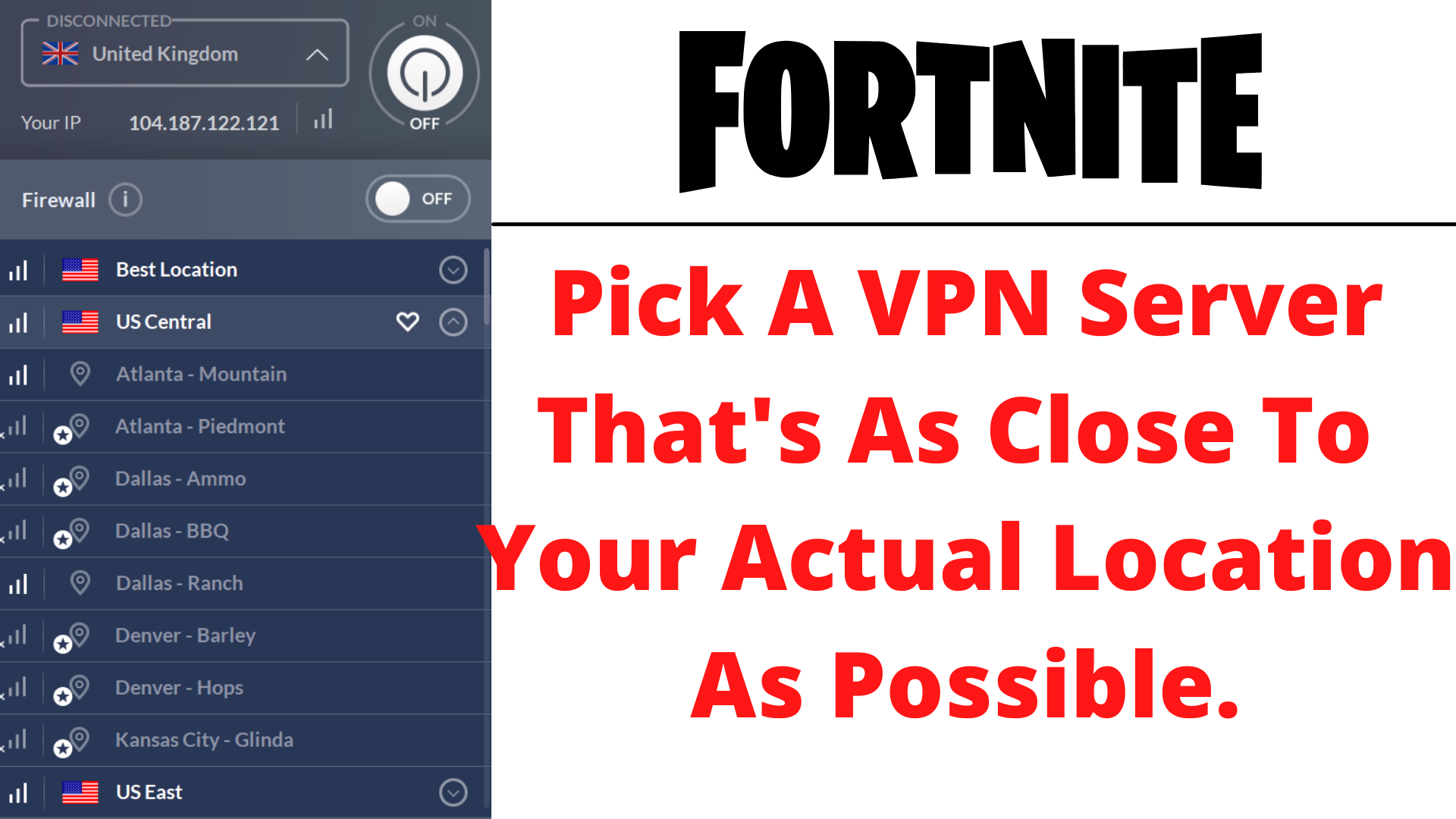 3. Create A New Fortnite Account: Now, with your VPN connected, create a new Fortnite account for yourself under a new email address. Make sure that your country matches your VPN country.

4. Login And Start Playing Again: With your new IP address and your new Fortnite account, you should be good to go! Log back into Fortnite and get back to what you love!

Although the process may seem a bit technical just by reading the instructions, it’s not as hard as it sounds once you actually go through the steps. Regardless of whether or not your IP ban status changes, having a VPN is still a great investment. It keeps your online identity private and ensures that your browsing and internet activity can’t be monitored by hackers, internet service providers, or even sneaky government agencies trying to gather data on you.