Updated on Jun 1, 2022. VPNs are our area of expertise here at PinpointVPN, but we like to ensure that our readers are as safe as possible while surfing the net. After all, you can’t use a VPN if your computer is infected with a crippling virus. In today’s article, we’re going to go over some of the top pieces of antivirus software that come with VPNs.

Most antivirus programs won’t provide you with the same level of protection as a purpose-built VPN like NordVPN or ExpressVPN, but there are some that come close. We’re going to take a look at five of the best of them around so that it’s easier for you to pick out the best program to trust with protecting your computer.

McAfee is known for being one of the oldest antivirus programs still on the market and for the company’s eccentric founder. McAfee’s VPN is known as McAfee Safe Connect, and if you’ve been using VPNs for a while, you may remember the company that they based their VPN software on: TunnelBear.

After TunnelBear was purchased by McAfee, they used most of their technology as a basis for McAfee Safe Connect, though there were also a few adjustments that McAfee made to it. McAfee Safe Connect is a relatively fast VPN, though it isn’t necessarily the most functional one on this list.

Due to its glitchiness, it’s pretty hard to get McAfee Safe Connect to play nice with streaming services like Netflix. If you’re trying to use your antivirus VPN to connect to different regions and access streaming services that would otherwise be inaccessible, this may not be the best choice.

Another issue with McAfee Safe Connect is that it has a pretty damning privacy policy. For example, it states in the terms of use that McAfee may collect information about the products you’re looking at on the internet as well as your geolocation info, IP address, and the sites that you visit.

Bitdefender is one of the best choices on the market because of its excellent antivirus protection coupled with a functional and effective VPN. Bitdefender has been ranked as one of the best pieces of software for catching viruses, being tied with Norton in independent tests, detecting more viruses than McAfee, Avira, and Panda.

However, the VPN that comes included with Bitdefender is Hotspot Shield, though it’s rebranded as Bitdefender’s technology. The free version of the VPN features pretty strict limits, allowing you to access 200MB worth of data per day, though it’s still extremely fast compared to other free VPNs.

Keep in mind that you’ll need to purchase Bitdefender Premium if you want to access the unlimited version of their VPN. The Total Security package only comes included with this VPN’s free variant. This VPN also works with Netflix, though it will not function on American servers.

Another great thing about the Bitdefender VPN is that it doesn’t register any logs, so your data will not be stored and you can browse the internet anonymously. One weakness of this VPN compared to the original version from Hotspot Shield is that they only have servers throughout 27 countries.

Unlike some of the other antivirus programs, Norton doesn’t use another company’s technology to run its VPN. Instead, Norton went ahead and used some of their revenue to develop their own VPN, which is known as Norton Secure VPN. It comes in all Norton 360 products except for the most basic version.

Norton’s VPN has a great top speed of 95 Mbps, and it’s pretty secure. For example, it has AES-128 encryption and even comes included with an adblocker. Even better is that this VPN works seamlessly with Netflix, allowing you to use it to your heart’s content for streaming.

Norton also has a policy in which they maintain no logs, ensuring that nobody is able to spy on what you’re doing while you’re using their VPN. However, there are a few limitations to Norton’s VPN, including its banning of P2P connections, meaning that you can’t use it for torrenting.

However, if you don’t intend to torrent while using Norton’s VPN, it’s probably one of the best options on this list. One of our favorite things about this VPN is that the premium version of it comes included for free with most of Norton’s antivirus offerings. 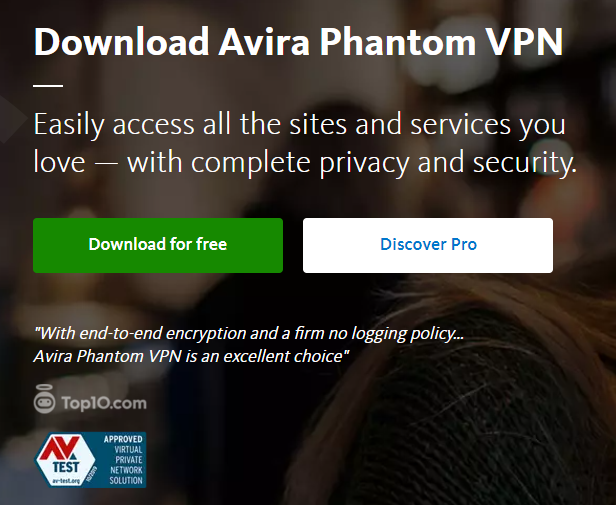 Avira is one of the best choices if you’re looking to save money on your antivirus-based VPN. It’s one of the only pieces of antivirus software that includes a VPN with its free module, though the free variant of the Avira VPN features a few limitations, including a 500MB limit per month.

Another issue is that you can’t change the servers on this VPN so you won’t be able to access content from other regions and bypass geo-locks. However, Avira is one of the best combinations of antivirus software and a VPN because of the effectiveness of its malware blocking.

Avira is up there with Norton and Bitdefender in terms of test results. The VPN is developed in-house so you can be sure that it’s an Avira product and not just a rebranded version of another VPN. This is also a pretty easy VPN to use because of how it’s integrated directly into the application.

If you’d like to opt for the premium version of this antivirus software, you may be a little surprised to learn that it’s one of the more expensive options on this list. This is mainly due to the wide range of functionality offered in Avira’s antivirus program, and we’re particularly fond of its Safe Shopping plug-in. 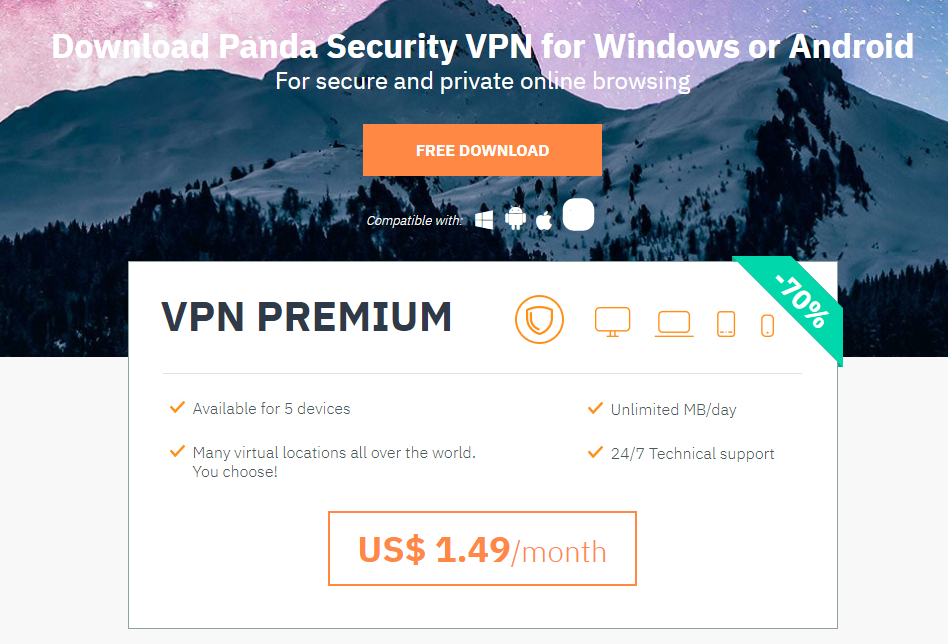 Panda is similar to Bitdefender in that it uses Hotspot Shield’s VPN tech rebranded under their name. Every one of Panda’s products comes included with this VPN, though it’s usually the free variant of it that’s limited to only 150MB of data per day, which is a lot more than competing free products offer.

With a speed of 88 Mbps, this is one of the fastest VPNs on the list, and it features 256-AES encryption. This VPN even allows you to connect to P2P clients, ensuring that it can be used for torrenting without any trouble. You can also connect to Netflix and we didn’t notice any issues in the short time that we used it.

One of the great things about Panda and its VPN is that you can get it for about half the price of the regular Hotspot Shield subscription plan. Compared to the full version of Hotspot Shield, Panda’s VPN has no limitations, so if you were already planning on getting a VPN, there are no downsides to this deal.

Do You Need an Antivirus and VPN Combo?

Whether or not you need antivirus software with a built-in VPN depends on how much you value your privacy and how frequently you browse sites that may end up getting you infected. For the vast majority of casual browsing, you shouldn’t have any trouble with Windows’ built-in antivirus, Windows Defender.

However, if you’re often downloading torrents and other content that may end up getting you infected, an antivirus program with a VPN can be your best bet. While the antivirus protects you from any possible malware that’s trying to get into your system, the VPN will protect you from legal repercussions.

In most countries, torrenting is illegal, but whether or not it’s enforced is often random and unpredictable. If you don’t want to potentially end up in hot water for intellectual property distribution, it’s usually a good idea to use an antivirus program with a built-in VPN.

At the end of the day, you have to assess whether the risk of going unprotected while you browse the internet is worth the money you’re saving each month without having a subscription to one of these services.